The journey of Batik 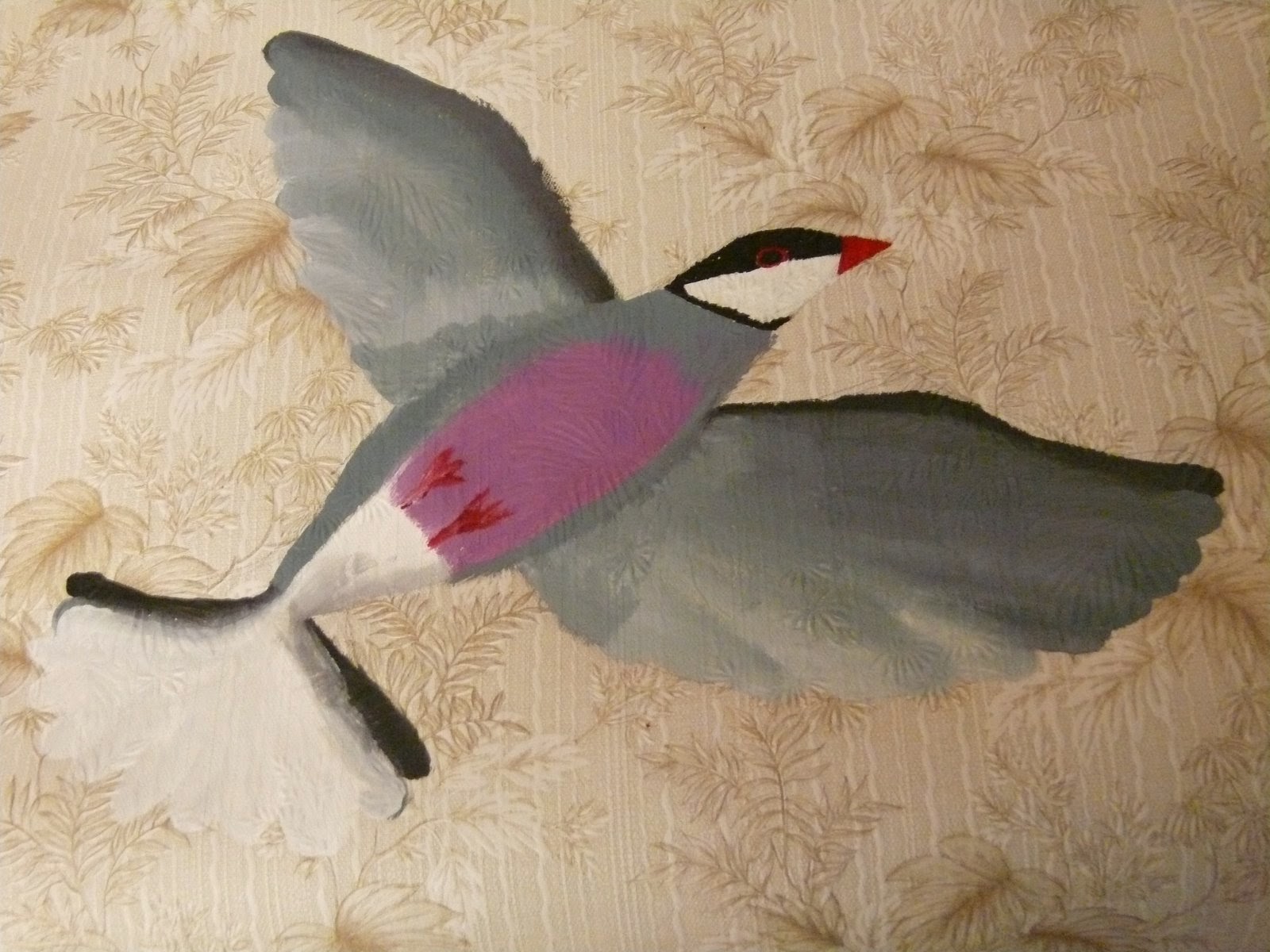 Making a wallpaper installation for the exhibition “Was ist ist, was nicht ist ist möglich” of Rosa.
The work will be shown during the Open Ateliers Breda (open studio route) on 13 & 14 June at Overakkerstraat 192. 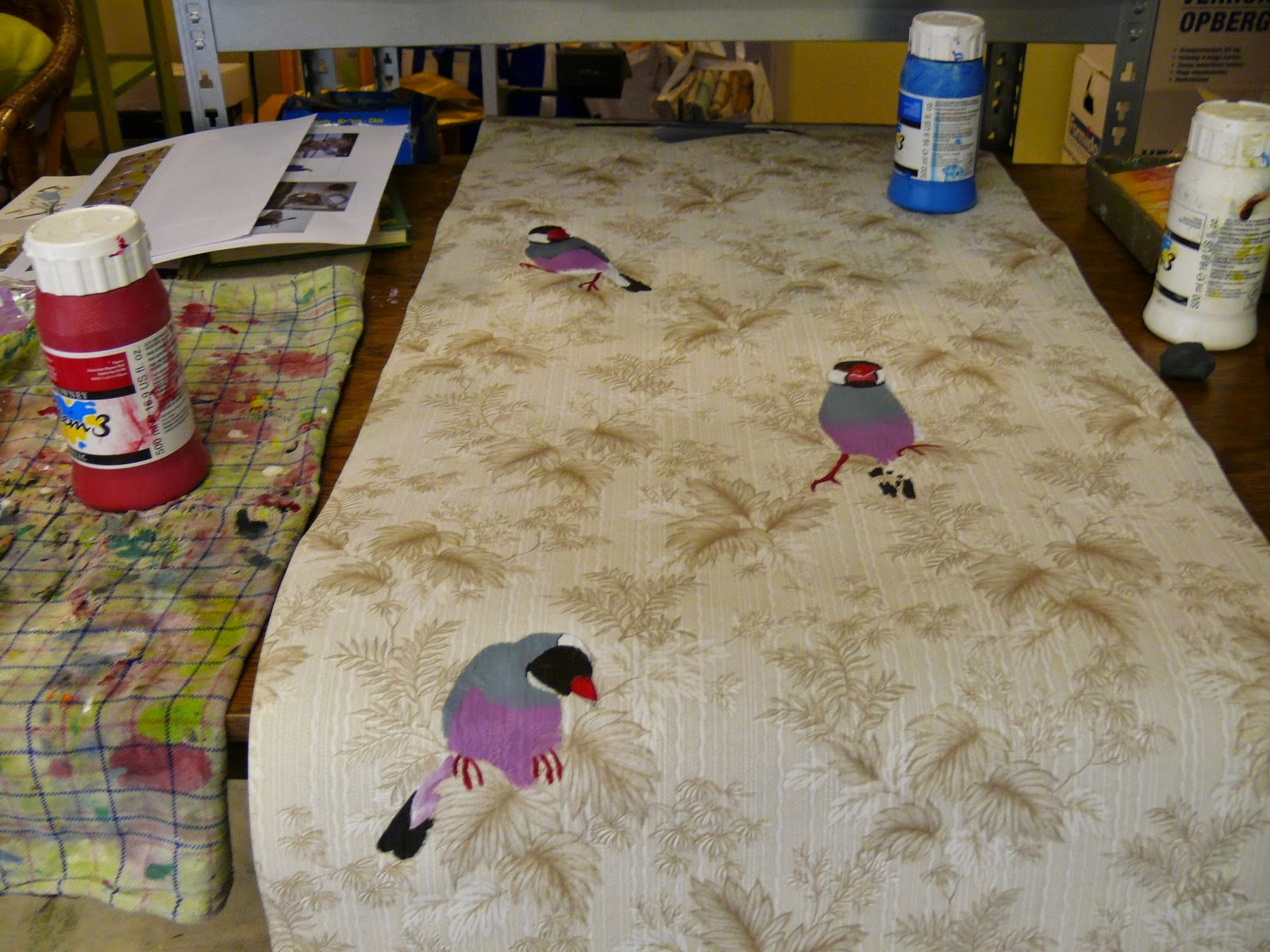 In Holland Stands A House* 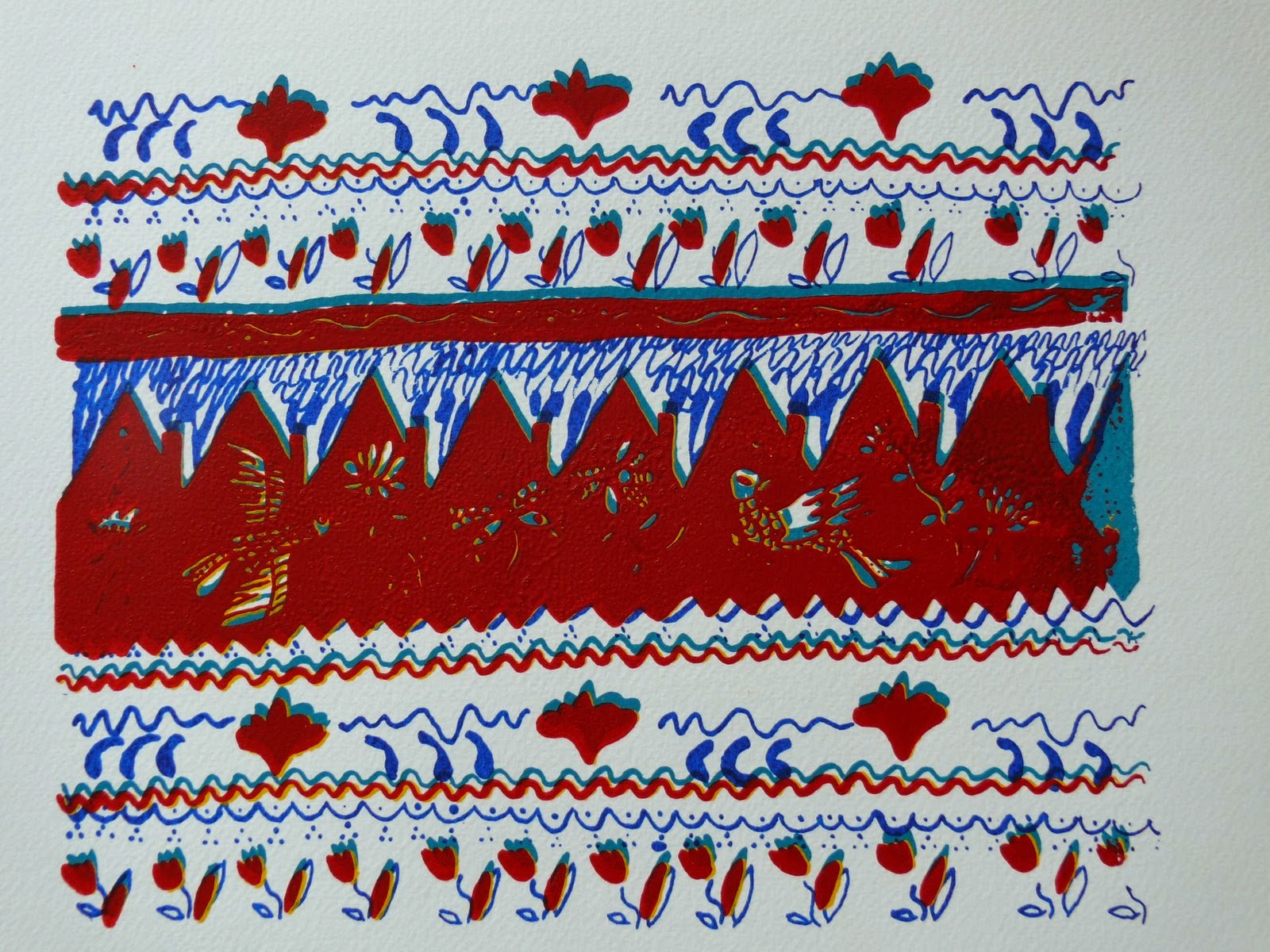 This year I started to learn silk screen printing. With this technique you build up an image or pattern layer for layer. It was a very popular technique for printing patterns on fabrics and wall paper and is therefor a very inspiring technique to learn.
I wanted to learn it for many years, but was out of luck on the Art Academy. In Breda we have this great graphic Center called 'RAAF'. With my grant I'm able to go there weekly to really experiment with it and the people working there and running the place are wonderful!

My first serie of prints are being exhibited from 17 May till 1 July at de Kunstpraktijk in Veldhoven (NL). This print is made out of 3 layers, a background with watercolour and two silk screen layers. The print is a combination of patterns inspired by Delftware and Batik.

When I was little I thought every household would have a house filled with things from the Netherlands and Indonesia, like our house. It felt very logical to me, my family had no direct link to Indonesia, the things in our house where souvenirs from the many travels my grandparents made, but I thought with our shared history everyone would have a link with Indonesia.

The print shows terraced houses, which I think is very Dutch. The houses are filled with flowers and birds from Batiks. The terraced houses are surrounded with patterns from Delftware, like the very popular and well-known 'Boerenbont' **("Boer" means farmer and "bont" refers to a mixture of colors).
In Holland stands a house, at least how I imagine them to be. 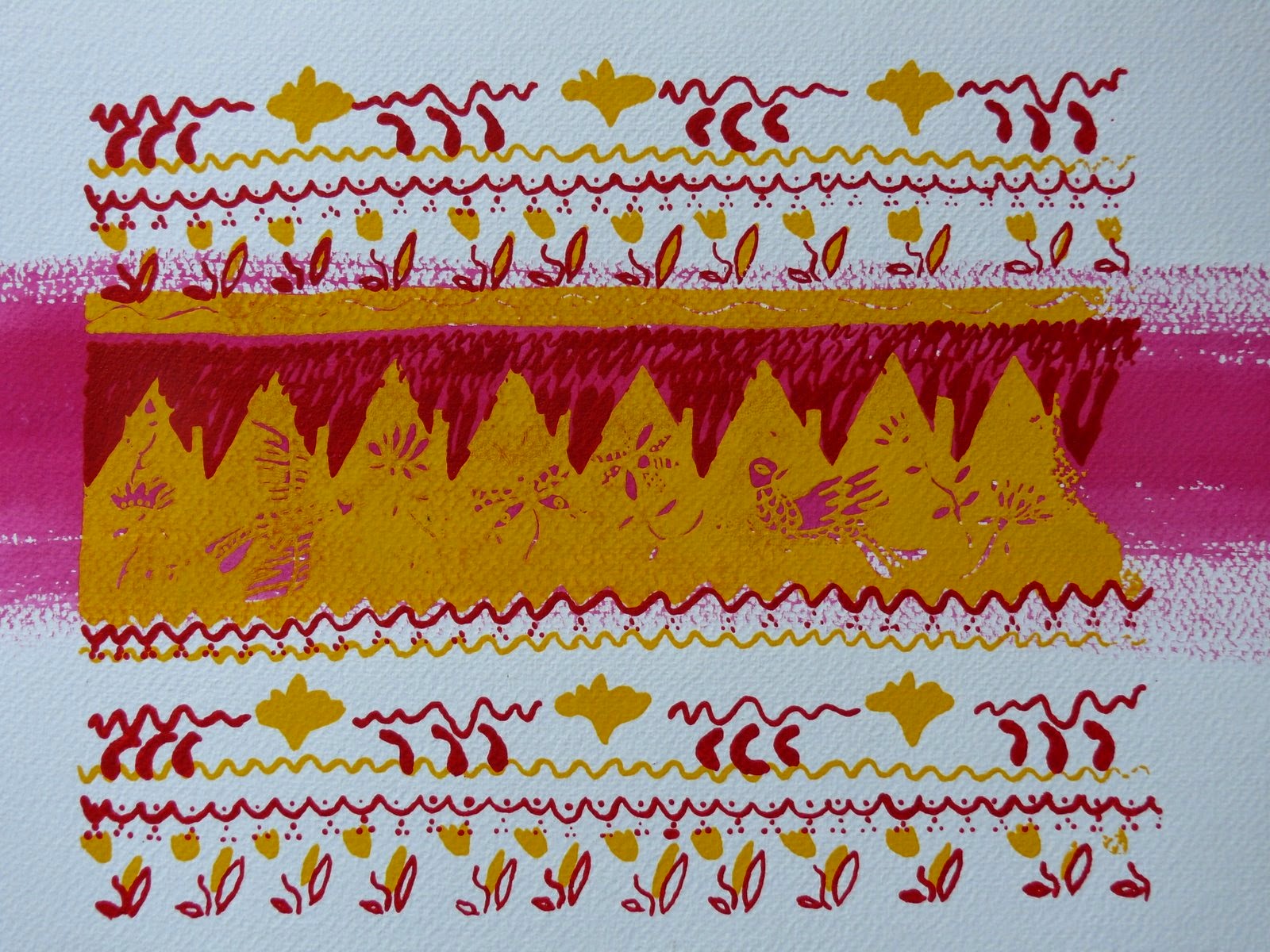 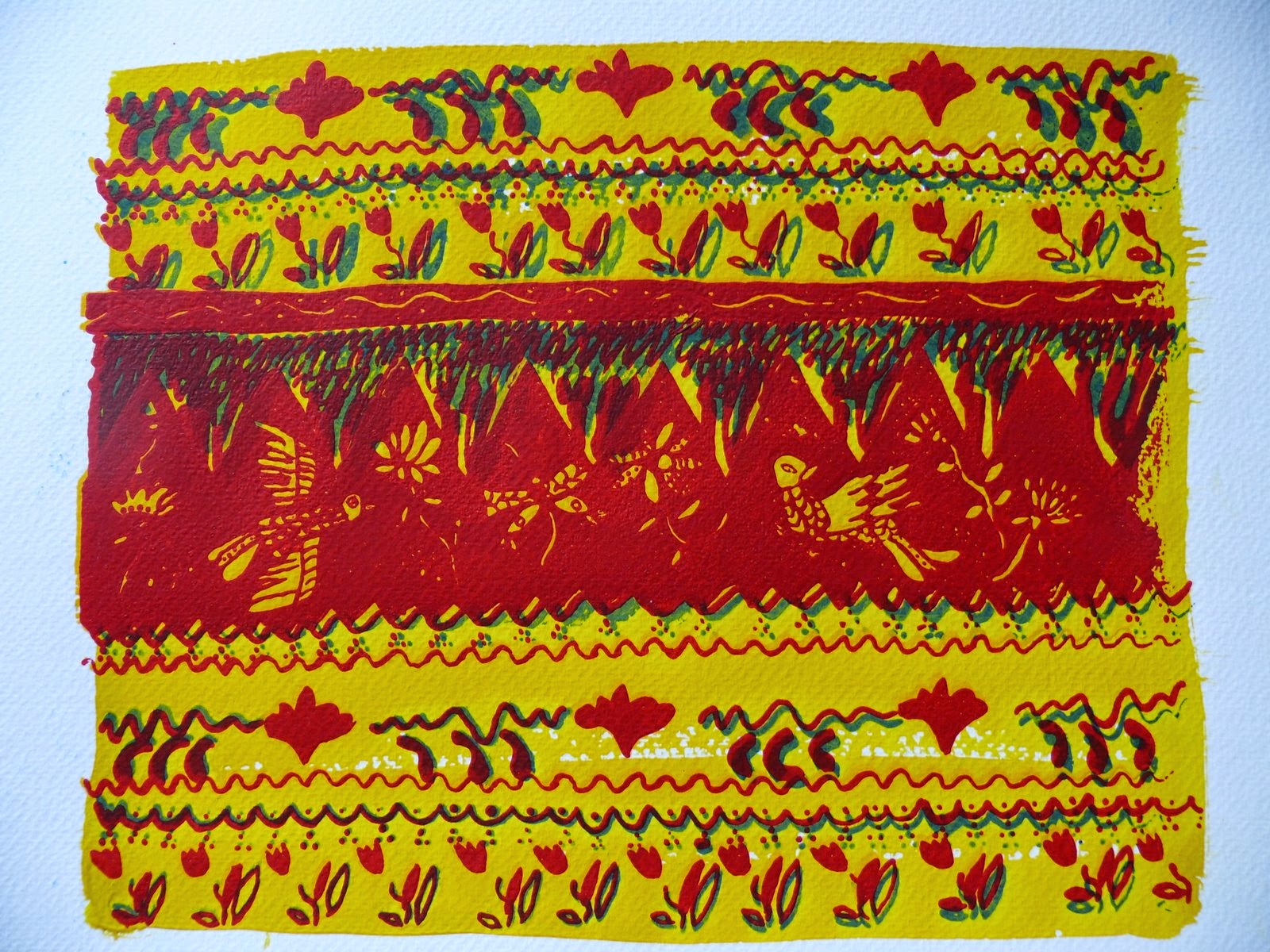 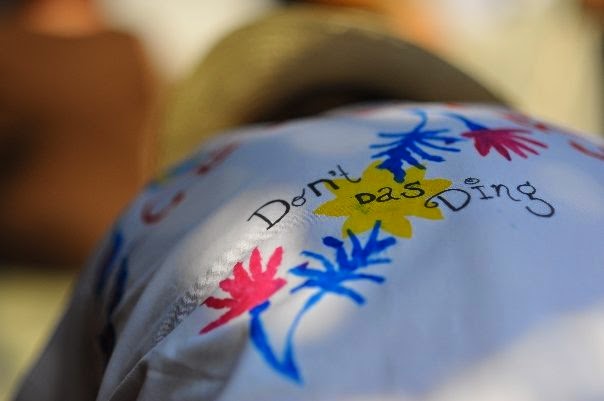 Every costume was made specifically for every Don't Das Ding member* 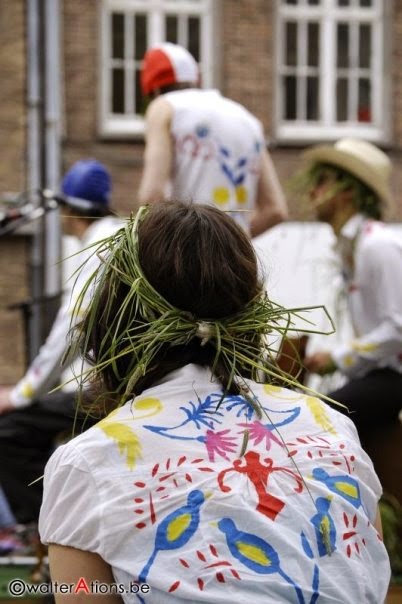 During the 'Grass' performance

Beginning of this year a group of musicians, poets, writers, performers and artists, including me, for the Don’t Das Ding Ensemble. Frontman Pisteffo brought us together on stage and in his radioshow Klokkespijs on Radio Centraal.
For our ensemble I made these costumes with the pattern-pattern-pattern-pattern philosophy**. 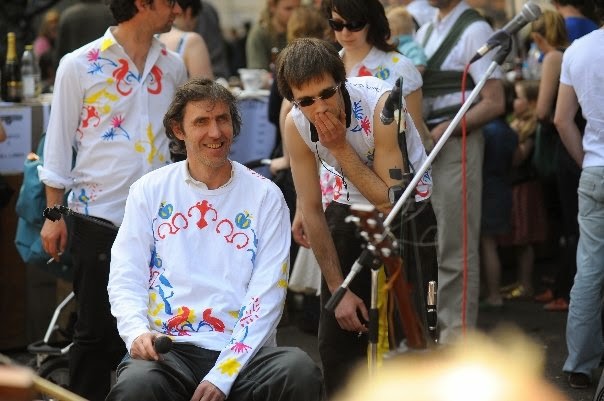 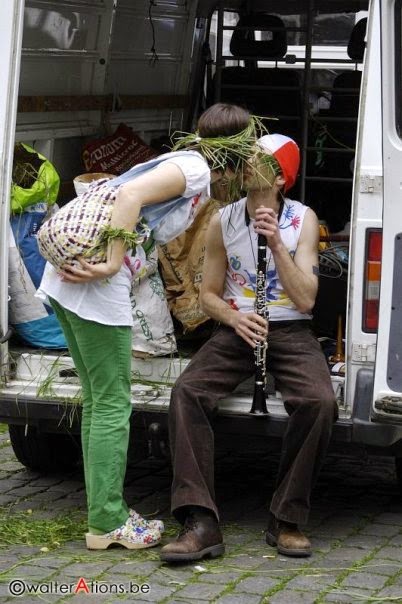 Stealing a kiss before the show

The pattern I made for our Don’t Das Ding blouses and t-shirts is based on the different places we performed, stayed the night (like Pistoffo’s house De Aap/‘The Monkey”) and went on air.
The floor of Café La Campine were we joined in with “Le sacre du printemps / Krisis!” by Radio Centraal. The colours of the ‘crisis caravan’ in which we made a tribute to Tracy live on air. The Radio Centraal studio with its peeled of walls, curtains in The Monkey and my apple shaped riceccarpet I made in theater Het Appeltje (“The Apple”). 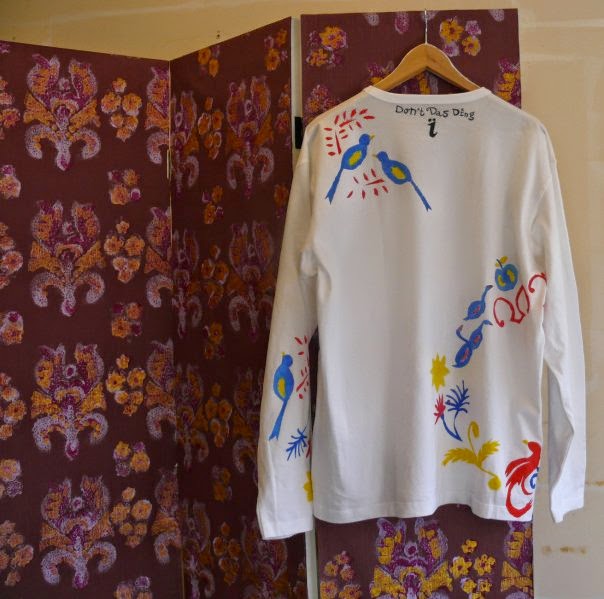 Costume for Fronk with ï 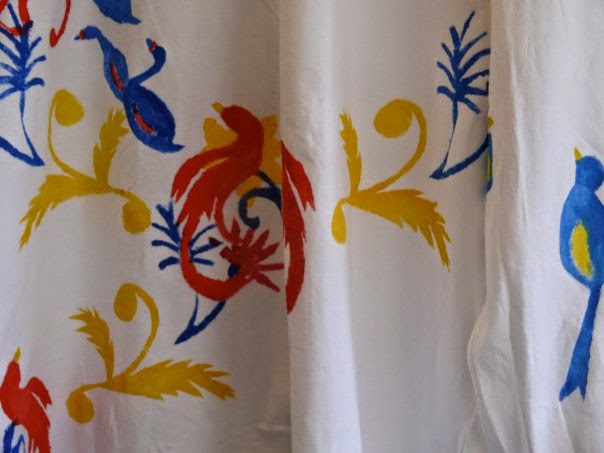 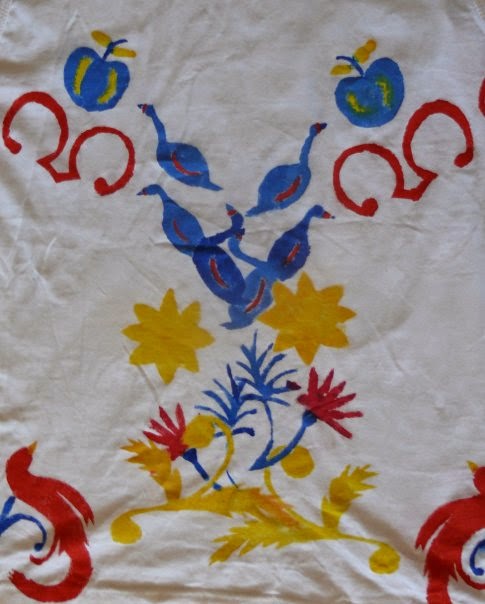 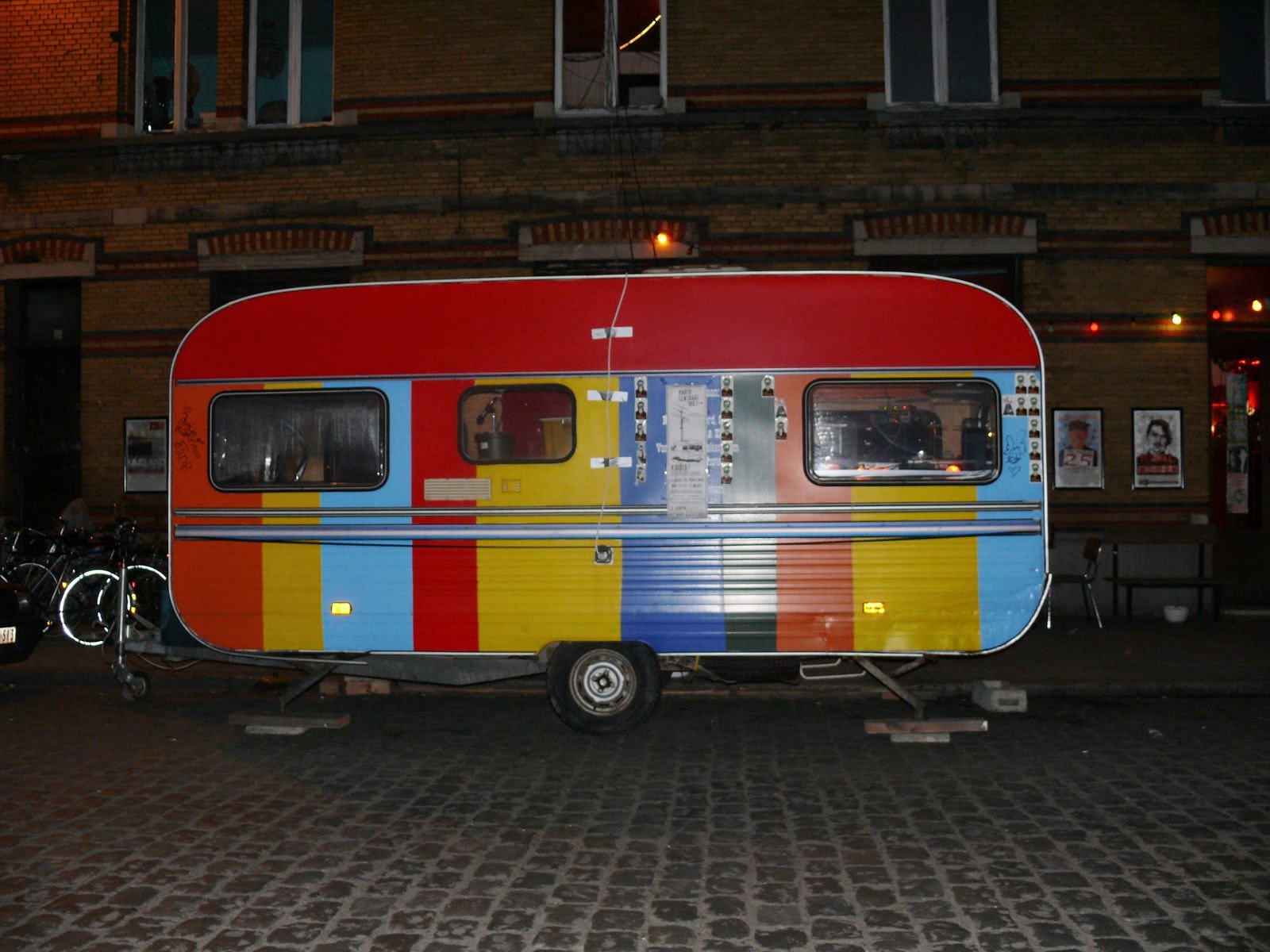 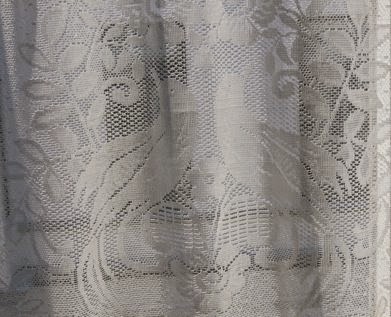 Curtains at The Monkey

Like the radioshow Klokkespijs, a mix between soundscape, radio play, interview, news, personal and the main guest, the Don’t Das Ding Ensemble is a gathering of disciplines. And like the pattern is based on different sources, it will still form a a harmonious entirety.