Apparently their video already went viral last November, but I just seen it now. I'm not soon captivated by something that fast. I do like and share a lot of things perhaps on my social media, but to consider it for a blogpost is something different.
When I saw the video 'Let me' by Panivalkova, I was struck by their modern yet totally classic interpretation on traditional costumes from East Europe. I also was surprised to find out this lovely, strong women are from Ukraine. Not really a place right now where you expect this kind of news to come from.
After looking at more video's, I came to to conclusion these ladies have an interesting taste, humor and are really beautiful without tapping on all kinds of 'western' beauty standards. The fact that a video goes viral with them in traditional wear, is for me a way our world is also heading. The one where more people are interesting in different cultures, the one where people are looking for a better way of sharing this planet.
Of course their wonderful headwraps play in with the popularity of their video. Wrapped in layers of colourful textiles that are slowly been removed through out the video without making making it sexual, but making them fragile and strong. The song itself is lyric-wise simple, but I suspect this ladies to have stronger opinions then their first English hit leads on. 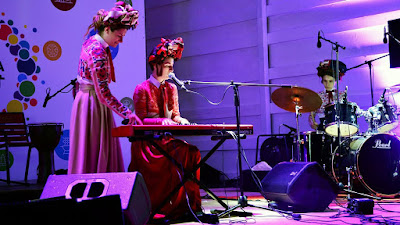 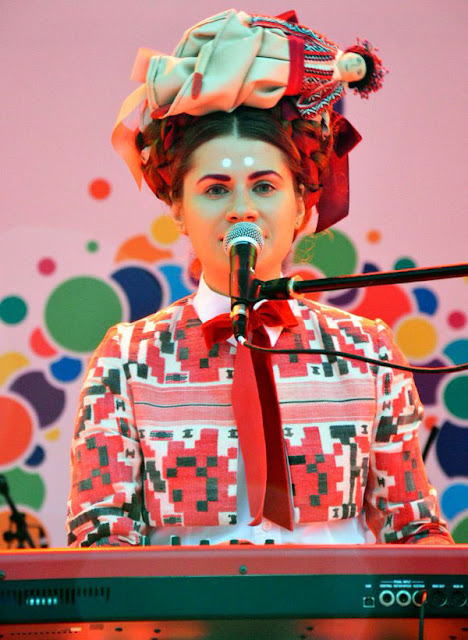 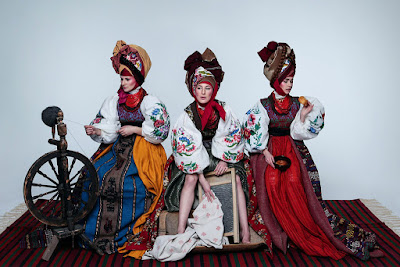 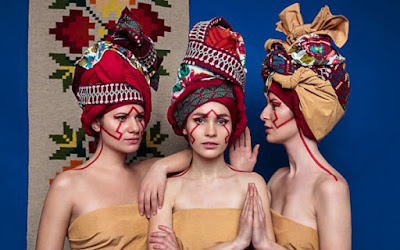 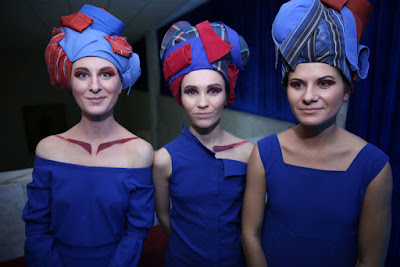 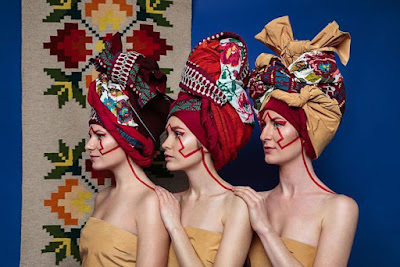 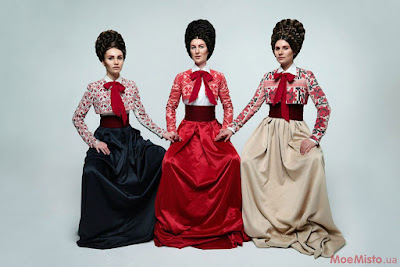 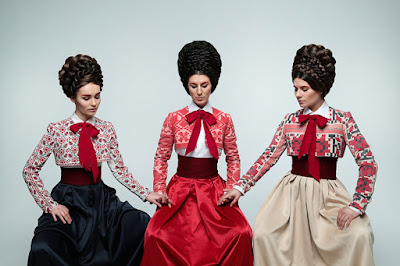 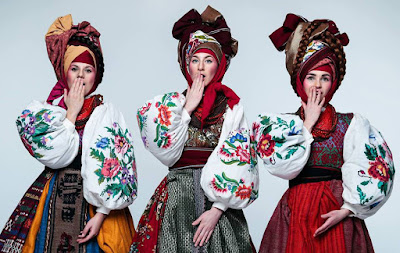 Looking forward to see, hear and know more about them! 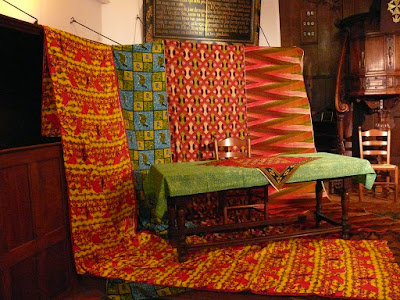 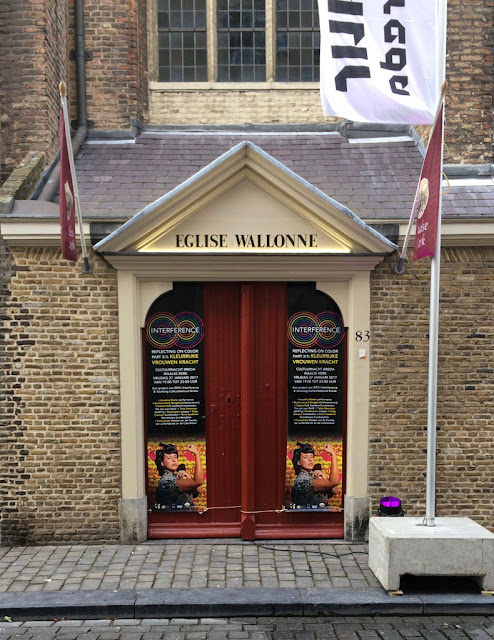 Banners with my 'We Can Do It'-Statement


During the Culture Night on 27 January 2017 in Breda (NL) I made live Batik Statements*. I did projects with my Batik Statements before, fashionshows and photoshoots**, but I never created them on stage.
I was invited for this event with the title 'Colourful Women Power'. The event organised by IDFX used one of my Batik Statements for their communication. My 'We Can Do It' Statement*** was on flyers, posters and even on banners at the door. Strange and complimentary to see a photo of yourself used to make a statement again.
The event was to show different crafts done by women that were a bit out of the box. There was a lady making jewellery from bones, ladies who brew their own beer named "pussybeer" ("Kutbier" in Dutch) or with chocolate flavor and ladies making soap from leather.
Next to the newer crafts, there was also a more historical view of women on the labor market. This was were my statements came in.
With two different 'performances' I showed life of the factory girls from the chocolate factory Kwatta (in Breda, NL). These girls that were the first women in the Netherlands to start working in factories around 1920s.
This is seen today as an empowering event, but was at that time seen in a different light. A priest started an organisation run by women to help factory girls. These 'catechists' were mostly young women who wanted to help from a Catholic ideology without becoming an actual nun. The 'catechists' went to factories to teach the girls Catholic values by combining it with practical knowledge. They used the girls break-time, which the girls would normally skip because you got paid by piece and not by the hour. In the break-time they teach table manners and later the 'catechist' gave all sorts of courses learning meanly to run a household. The factory girls maybe didn't need protection or being saved, but the 'catechists' were in a way empowering themselves. They could teach, work in society, be part of it, instead of the monastic lifestyle that would have been the normal path for them.
I was lucky to have the wonderful Steph Byrne as my model. She bravely ate sandwiches with chocolate spread in front of a crowd with knife and fork. Together we showed factory life vs running a household in an ironic iron loop.
It was a lovely experience and happy to share it here with you, enjoy the photos! 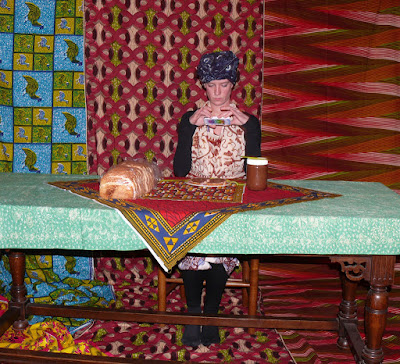 #foodie is the new prayer 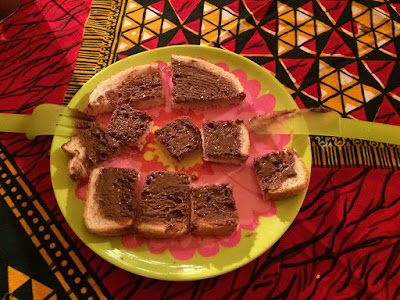 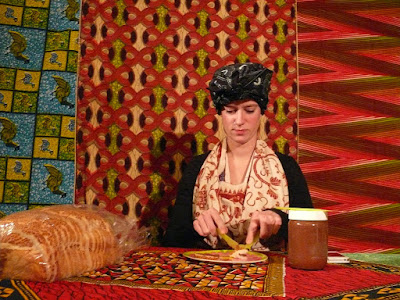 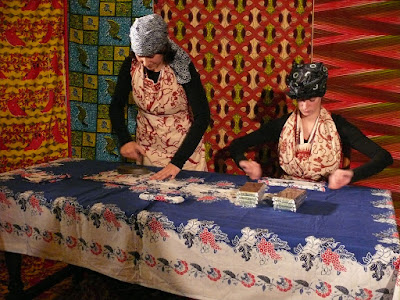 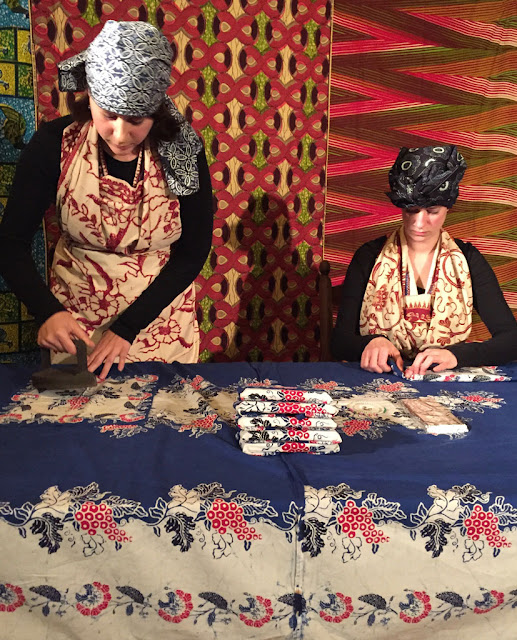