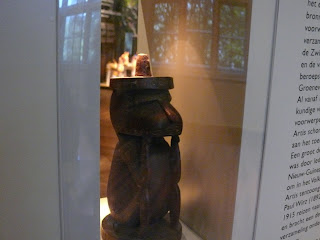 Last week I visited the Tropenmuseum in Amsterdam. It was a long time ago that I was there. It is located in a beautiful building. The Tropenmuseum has a lot of Batiks in their collection, unfortunately not on display in the museum. But still there was enough inspiration to be found! I especially like the bird figures from New Guinea & Papua (see the photo's below) and I think the Tree of life will have a place in my work soon.

Enjoy the photo's and when you are in Amsterdam do visit the Tropenmuseum! 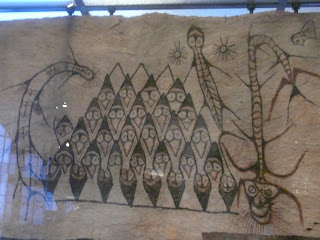 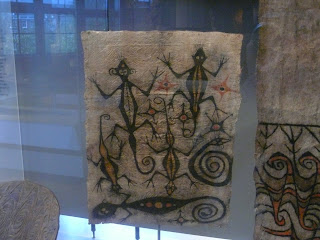 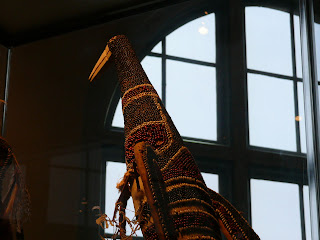 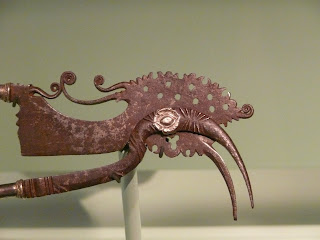 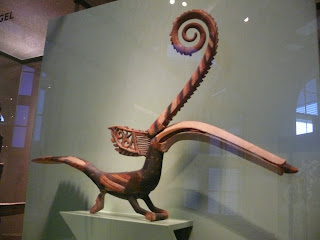 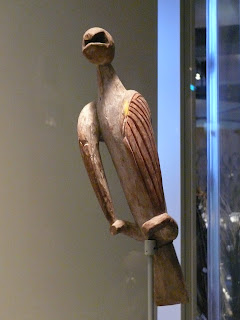 Love this one!
Bird figure made by the Asmat (people) from Papua.
It's based on a cockatoo 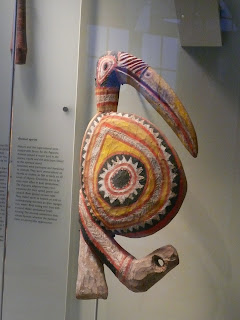 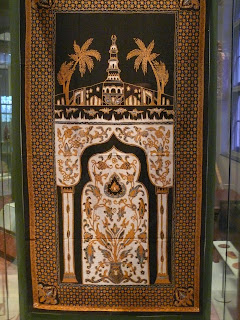 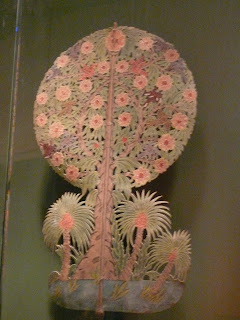 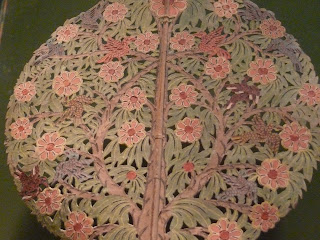 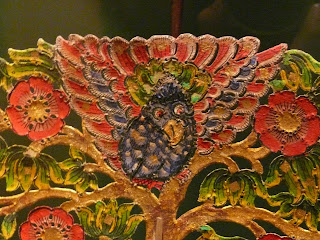 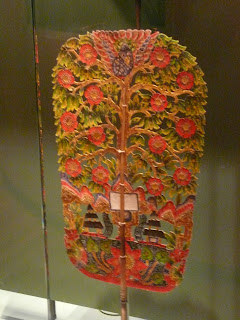 
This specific one is used in Wayang to mark the beginning, end or the break of a Wayang play. The Tree of life is called Dewadaru. It stands for gift of the gods. The tree grows on the Karimunjawa Islands north of Java. The inhabitants believe the wood of the tree has heeling power and is used as an charm for protection. 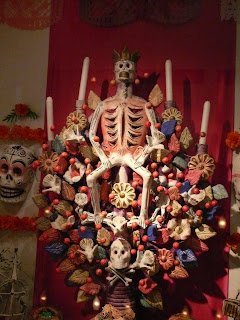 Tree of life from Mexico
In Mexico this Tree of life is used on the Day of the dead ("Día de los Muertos")
The candles stand for the spirits of lost family and friends. 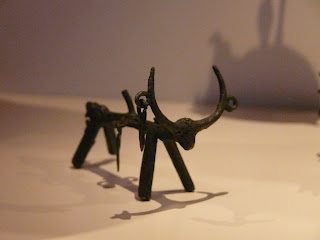 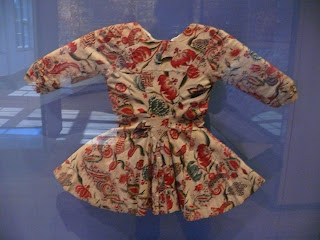 In 1675 the Dutch East India Compony (VOC) began importing brightly coloured chintz ("sitsen") from India. In the Netherlands they started to make imitations. This jacket ("jakje") is from the around 1817 closed cotton print factory Overtooms welvaren in Amsterdam. 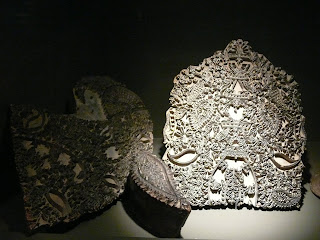 
Made of wood from Iran, decorated with palmette ("palmetten-versiering"; gestilleerd palmblad of kleine palm) for applying ornaments on cotton. The printblocks look a lot like the caps from Indonesia. I think they apply the paint directly to the wood and then stamp on the fabric. With the cap it's the wax that is applied to the fabric. 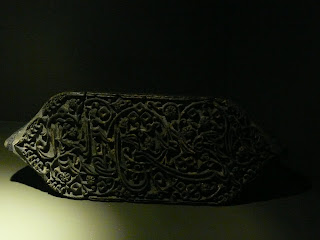 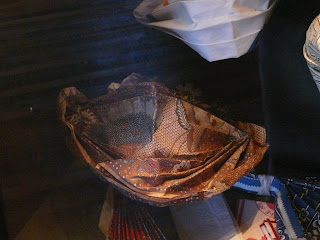 Angisa's, textile with a message


The origin of this folded head cloth lies in West Africa. The way the head cloth is folded gives expression the the feeling of the wearer. Sometimes it's a silent for of protest or a way to show happiness. 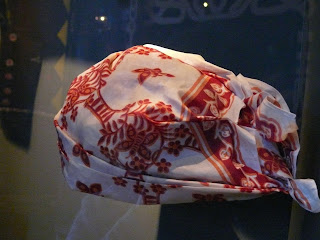 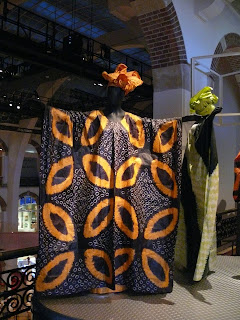 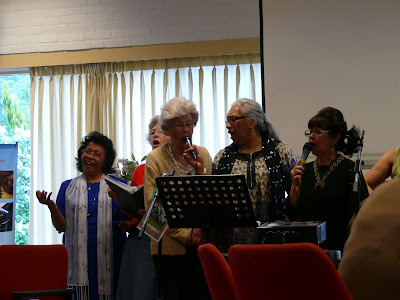 Last Wednesday I visited the 'Indische huiskamer' in Eindhoven. The 'Indische Huiskamer' is organized by Joyce Radesey of het Indische Atelier. This cozy Indonesian afternoon is held monthly in the community center 'De Boemerang'.
I was there to get some ideas for my lecture I'm going to give in September about The journey to Batik. I hope I can make it as much fun as this afternoon!

Jozef & Det Wagenaars told about Kampoeng Baron. A restaurant with guest-rooms on Java in which Art is important. Det's brother Boudewijn Brands started a project to give local, starting artists a meeting place. He collected art and got the idea to start a gallery or residence at the coast of java together with Zulkarnain. To finance the project they first started a restaurant. Before Boudewijn dream was realized he died shortly after the opening of the restaurant, due to an earthquake.
His sister Det and brother in law Jozef continued his project. Next to the restaurant, with many artworks from Boudewijn's collection, they build two guest-rooms. Over time a gallery and familyhouses for holidays will be added.

More about Kampoeng Baron on www.kampoeng-baron.com

The 'Indische Huiskamer' afternoon ended with a home made movie about a journey through Indonesia. A lot of footage where made on the Sunda islands. A great amateur video full green oases, rituals, big animals and beautiful people.

Between the presentations the 'Indische Huiskamer Koor' sang some tradition Indonesian songs. Everyone was handed a folder of song lyrics to sing along (see photo).
No comments: