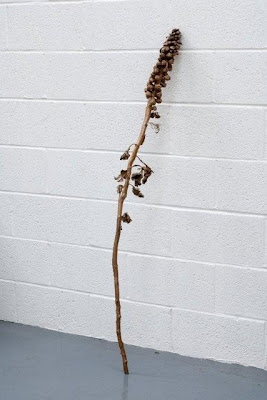 "When there was something left to save" by Anya Gallaccio, 2008

First a little about Anya: Anya Gallaccio (born 1963) is a Scottish artist, who often incorporates organic material in her work such as fruit, vegetables, plants, ice, and recently sand. Often these materials change during the course of the exhibition. Once they have left the artist's atelier nature takes over control. Flowers wither, grass grows, ice melts, fruit rots. In other works the natural course of transformation is stopped. Sprouting potatoes and broad bean pods, branches and whole trees trunks are reproduced in bronze, their lives prolonged indefinitely. In 2003 she was nominated for the Turner Prize of the Tate Britain, London.

In her work she found a perfect balance, partly temporary, partly permanent. "Because Nothing has Changed" (2000) is a bronze sculpture of a tree adorned with porcelain apples. "Because I Could Not Stop" (2002) is a similar bronze tree but with real apples which are left to rot. The bronze looks as fragile as the fruits. She inspired me to continue with my temporary works, in both my ricecarpets as wallpaper installations. She proofs that temporary art can have just as much impact on the art scene, museums and the art market as long-lasting paintings or sculptures.

"...The conceptual framework of her art is often developed from the specific site and its historic resonance. Yet the physical presence of the work is always a primary concern. The viewer’s senses are stimulated at every turn. This might be the pleasurable scent of flowers or chocolate - which at a later date might become the disturbing stench of decay. Or it might be the bold use of unexpected forms to create a stunning view, for example through the introduction of seven felled oak trees to the grand Duveen galleries at Tate Britain, or the simple presentation of a wall of gerbera daisies pinned behind a single sheet of glass, as seen in a new work, preserve ‘beauty’ 1991-2003, for the Turner Prize exhibition."
from "The Weekly Artist"

Enjoy and take time to read the titles! 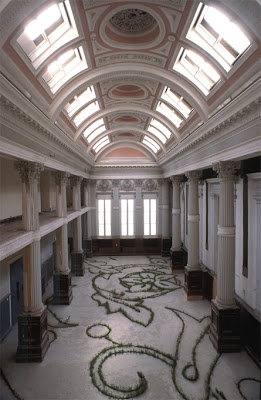 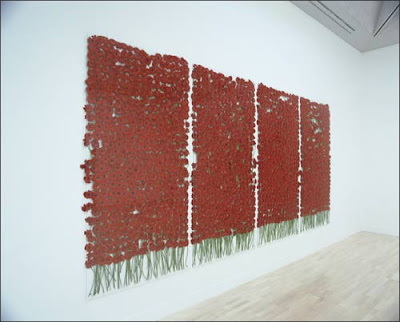 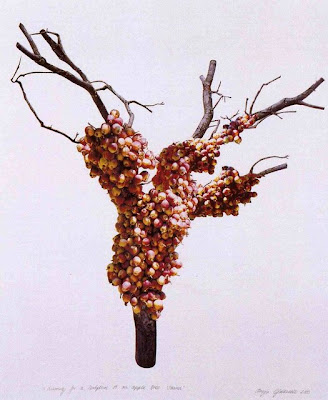 "Blessed (Drawing for a sculpture)" by Anya Gallaccio, 2000 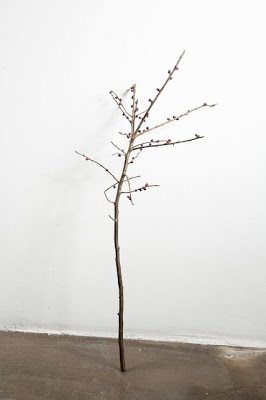 "It must give you pleasure" by Anya Gallaccio, 2001 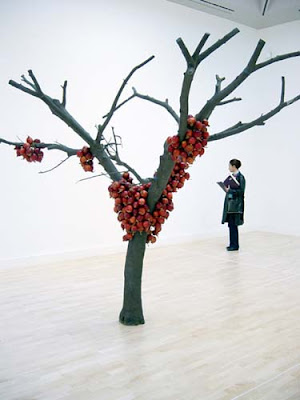 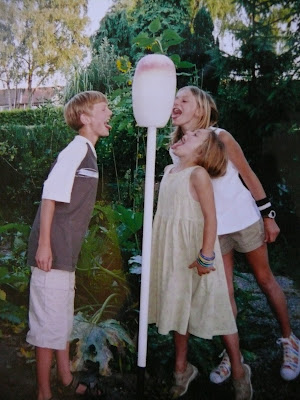 Children trying to taste the lollipop for the photo, 2003

Why make temporary art? Why make something that isn't meant to last? Questions often asked, not only by colleagues, the audience and friends, but also by myself.
It all started in my first year of the Art Academy. I made a lollypop of 150 cm. I made it of real sugar, the top part strawberry flavored and the bottom banana. It smelled great, I had to put I sign with it "Don't eat the Art" when it laid out to dry.
I exhibited the lollipop in the garden of the academy, later my mom planted it in her kitchen garden to make some photos. 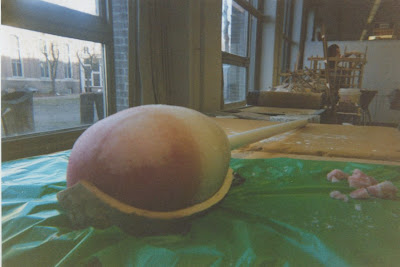 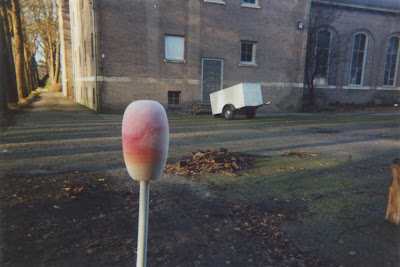 After the lollipop I experimented with food (eating round food on a round picnic blanket only passing the food around in a circle), with soap, dried acrylic (molds of pill strips) and hair gel (inspired by the works of Nobert Stück). It was after my graduation that I made my first ricecarpet. I didn't think about "how to sell" or if it was practical, I just felt like making it. After that, many ricecarpets followed and I'm still very happy with the organic materials (rice, lentils, beans, corn, sunflowerseeds). 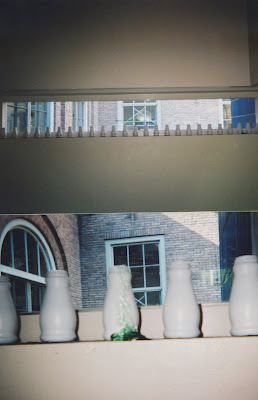 When I was little, I was fascinated by vanitas paintings. I loved the dark oil paintings, they where spooky. They carry out this feeling, this warning; "You are just a tiny dot in the universe, what comes on your path, what you'll become, no one knows, but be quick, because nothing last, nothing remains".

"In the arts, vanitas is a type of symbolic work of art especially associated with Northern European still life painting in Flanders and the Netherlands in the 16th and 17th centuries, though also common in other places and periods. The word is Latin, meaning "emptiness" and loosely translated corresponds to the meaninglessness of earthly life and the transient nature of vanity. Ecclesiastes 1:2 from the Bible is often quoted in conjunction with this term. The Vulgate (Latin translation of the Bible) renders the verse as Vanitas vanitatum omnia vanitas. The verse is translated as Vanity of vanities, all is vanity by the King James Version of the Bible, and Utterly meaningless! Everything is meaningless by the New International Version of the Bible."
-from Wikipedia

This subject never left my work. My translation of it is much lighter. My work is not about "nietigheid" (nothingness) or ending, I'm trying to capture a moment in time, share an experience. A memory can last for ever, it's not something you can hold in your hands, but you can feel it and share it. 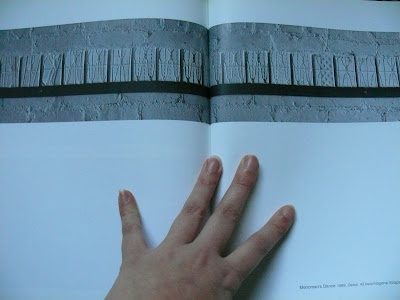 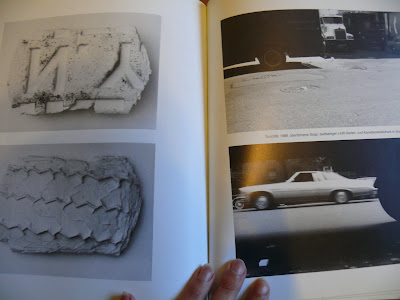 "The transience of life has been a continued subject for artists of the fifteenth century to contemporary times. Prominent within fifteenth century northern European still life paintings the burning candle or partially peeled lemon symbolised the transience of time, and consequently of life. Manifest in the symbols of vanitas the ephemeral remained within the realms of picturesque depiction, the continued diversification of materials throughout the twentieth century however transformed subject into material form.
Ephemeral works of art embody a perpetual state of physical transformation, time very literally defines the truly ephemeral work of art. Ice, flowers, sand, chocolate, in this post-modern destruction of the revered art object traditionally non-art materials embody rather than represent transience."
-from Wikipedia

Finding my place in art and life, I found the term "Ephemeral art". It is a much better word than "temporary art", see the explanation above. Ephemeral things (from Greek ephemeros, literally "lasting only one day") are transitory, existing only briefly. Typically the term is used to describe objects found in nature, although it can describe a wide range of things.

Hope I will be part of that art movement some day!
No comments: 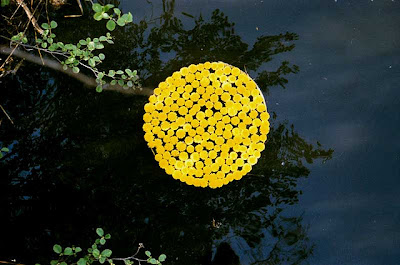 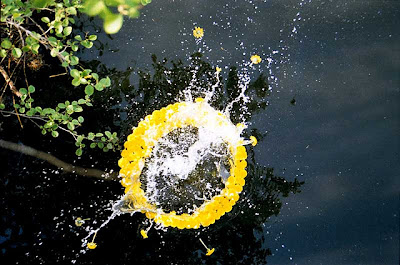 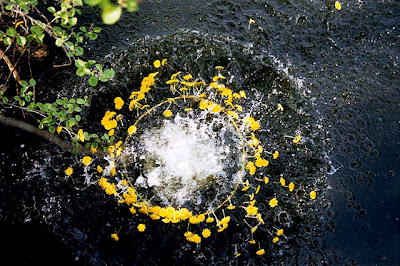 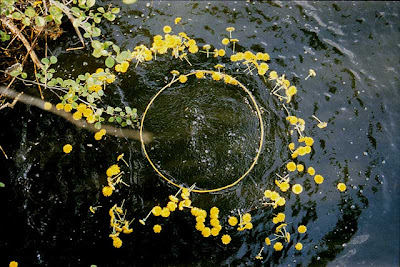 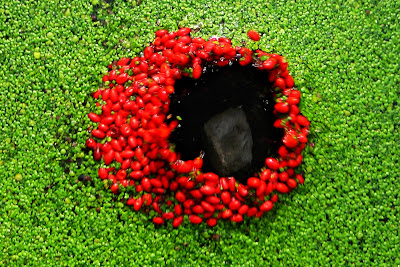 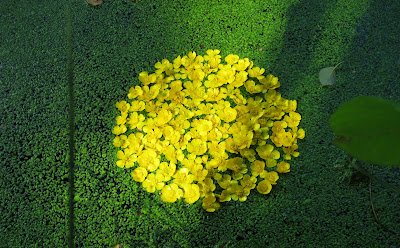 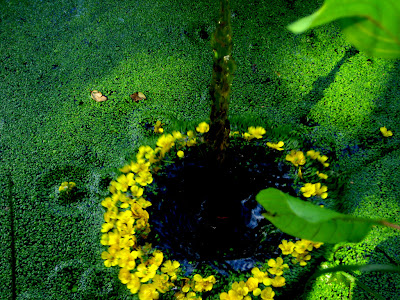 More Land Art by Walter Mason on his photostream Meandermind
No comments: