Re-ing is the new designing 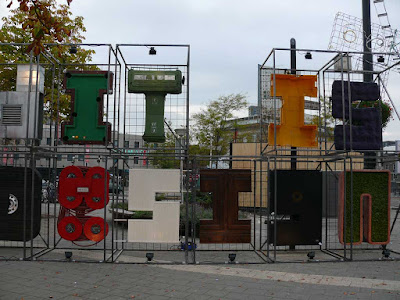 But I still feel we are creating too much stuff.

Couldn't enjoy this years Dutch Design Week. Finally got a blogger-pass, but was in the middle of moving. New city, small home...and a lot of stuff. Last 30 years (turned 31 on 2th of October, so that's just weeks now) flashed by in the form of nick-nacks, newspaper articles (both about me and my interests) and notebooks (which in style and layout apparently didn't change that much). I felt quite depressed while packing my stuff. Not that the last 30 years were not good and fun. They were good and fun. Not all of it, but most of it. It felt depressing because I did so much and have so much,  and yet it never feels like enough...interesting...
This leads me to our stuff problem. What do artists and designers do?
We make stuff!
And what are you going to make when there is already enough stuff?
We make more stuff!
We are at an interesting point in time. We realize we have to much stuff, we have some solutions, but we still crave stuff. We made consumption our new religion and buying our new ritual of worshipping.*
We know we should make, buy, want less stuff, but that's tough because what are we going to sell, buy and want?
The 'talk' in Tegenlicht this week with the misleading title "Einde van bezit"/ "End of possessing"** (it's not about not having, it is about thinking different about what you have: Do you want a lamp or light? Keep your food fresh or a refrigerator?) made me happy to see creatives are making projects with this subject. But when is it going to stop being projects and start being just, well, just life!
That's why the Dutch Design Week didn't make me happy this year.
I was still surrounded with stuff. Old stuff made new, trash made into stuff and stuff changed into other stuff. If you're surrounded with boxes at home filled with your stuff, you really don't want stuff for a while.
In my own work I chose 8 years ago that I wanted to create (shared) experiences and that my audience could only own the memory. But this is also a work in progress. I'm moving out of my studio next month and I still managed to create a lot of stuff while making temporary installations. So the circle is not round yet, but there is a start.
And that start is also made in the design world, now we just have to start living it! So continue with the re-ing: Reuse, reduce, recycle, redesign and rethink! 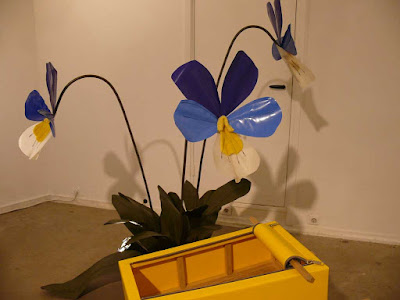 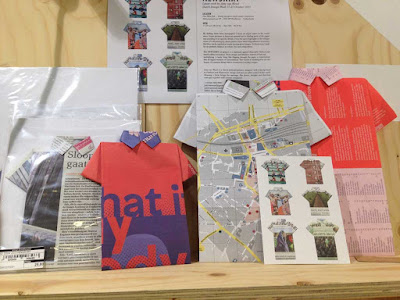 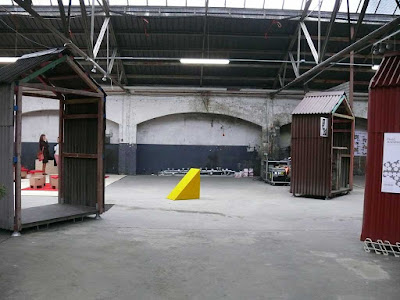 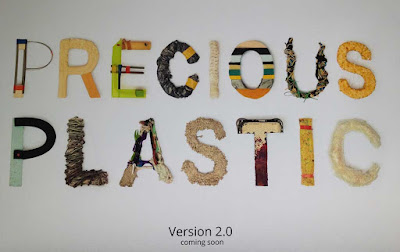 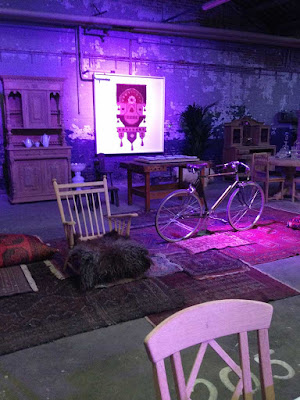 bri.co.lage
is a collaboration of Het Ambachtshuis Brabant, Pandor, Studio Jo Meesters with secondhand shops. Apparently 53% of what comes in a secondhand shop doesn't find a second home. By redesigning or up-cycling objects using different crafts, they have a better chance of being bought. 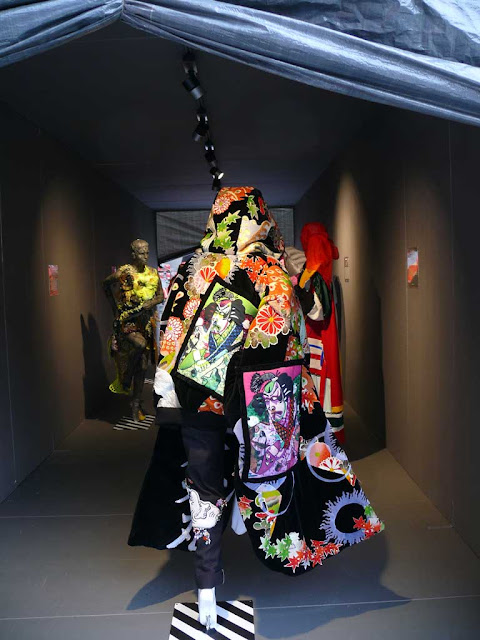 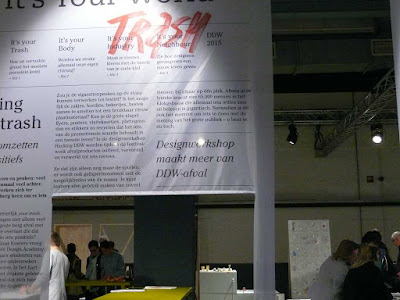 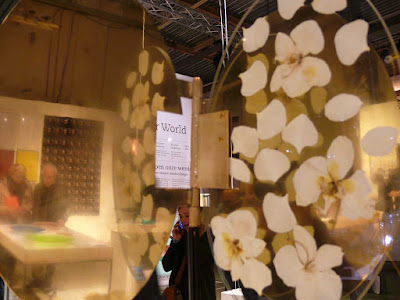 'Secret garden is a herbarium mirror, it offers you a version of the self filtered by a vegetal layer.' 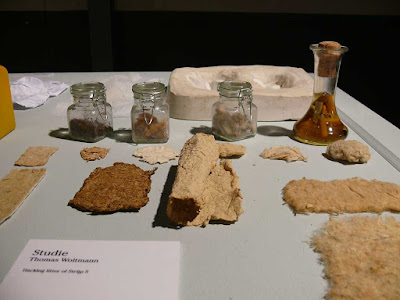 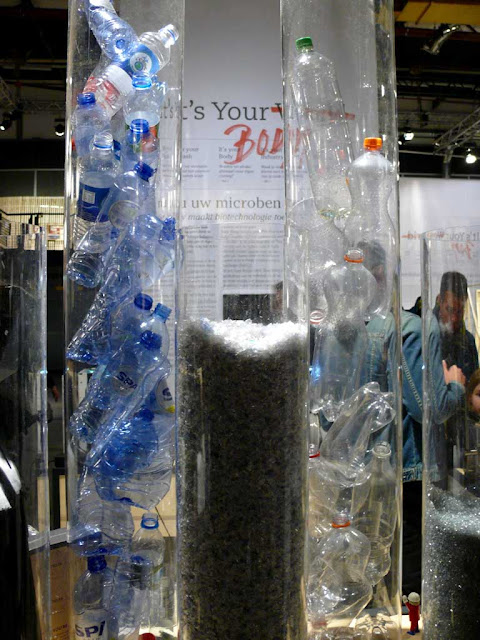 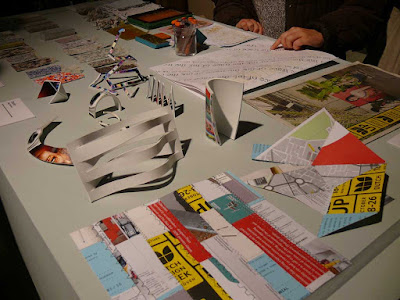 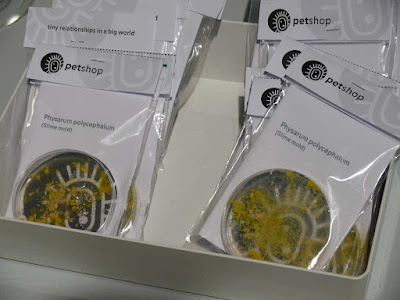 Loved this project!! Pet it, keeping mycelium as a pet. With toys in which your mycelium can grow & explore. Wanted one, but already have a pet 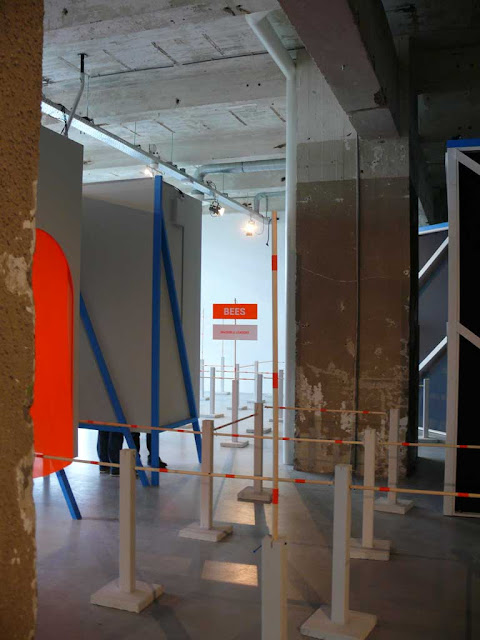 What drives us to collective [ir]rationality? Was the question MU & KNOL asked themselves, while we walked into a maze like swarms or shoals. Note: I walked straight into a dead end, acted if I was taking pictures till I spotted other visitors and followed them haha 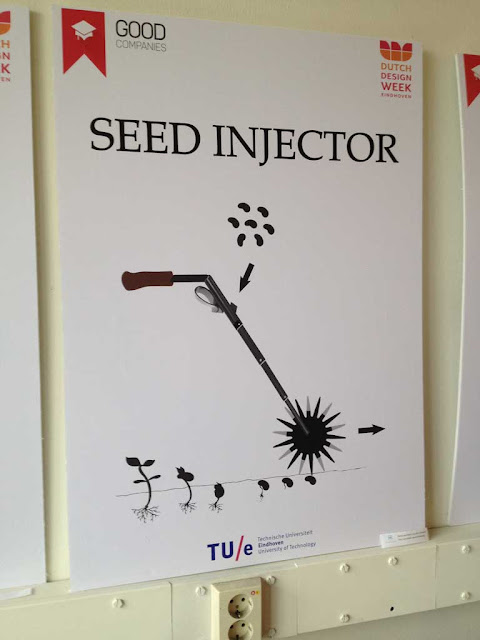 Spotted this poster and think it is amazing, but couldn't find the designer

For More:
* Watch 'Story of Stuff' on YouTube
** Watch 'Einde van bezit' on NPO (in Dutch)
*** I missed Bas Kosters coat project on DDW, but you can see his video on YouTube