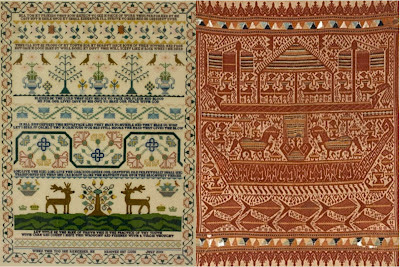 While watching the Tampan cloths, me and Koen both had to think about "merklappen" (embroidery samplers or exemplar). We recently saw Johanna Schweizer's collection (which includes one she made herself when she was little). She explained to us about the use of symbols and that nowadays a lot of people are collecting Samplers, so it's difficult to come by original, good quality ones. 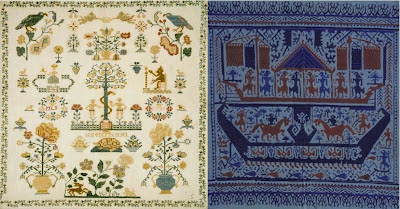 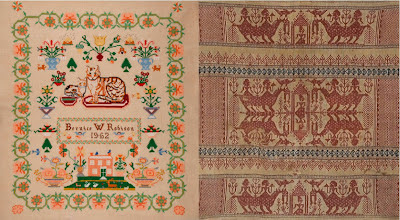 The smaller, almost square woven cloths from Sumatra, are called Tampans. Tampans are ceremonial cloths produced in large numbers because they are used at all levels of society. When a young girl becomes a women, she is taught the skill of Ikat. The meaning of symbols are passed on to the next generation.* 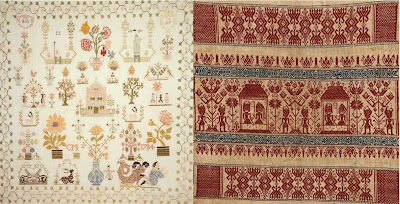 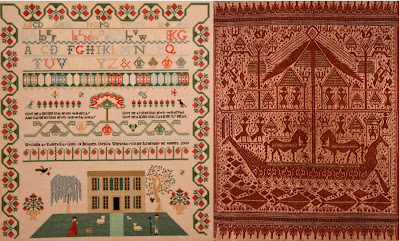 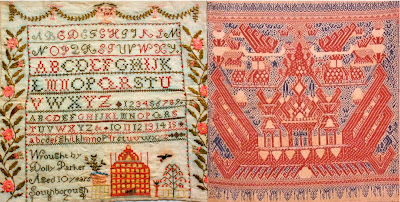 * Information from the catalogue "Magie van de Vrouw. Weefsels en sieraden uit de Gordel van Smaragd"
**All images are found online, most Tampans are from the collection of the Wereldmuseum and Tropenmuseum. Most images of Samplers, are from samplers made in America
** 9/2/2021 Updated, I wrote in the original post that Tampan is Ikat, but Tampan is made with a supplementary weft technique not Ikat. So I removed Ikat from the text - thanks Unknown commenter!