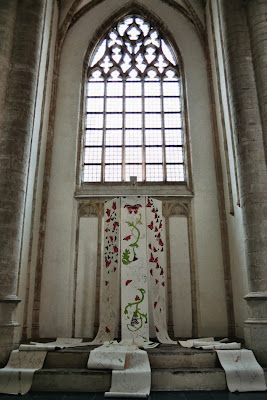 Making maps* and telling stories, that's what pattern designing is about for me. When I'm creating a pattern, many stories, at first very different stories, get together in one idea and form a hopefully readable design.
My latest wallpaper work, "Little Nana's Cape"**, is based on folktales about migrating Butterflies.
I have been a butterfly monitor for two years now. It started as a way to learn more about them so I could read Batiks better.
These butterflies used in Batiks are good luck charms, copied after Chinese use of the symbol. Because of this, Batiks with Butterflies were mostly worn by brides of Chinese descent or used to hang above their bridal beds.
The way the butterfly was put on the fabric changed from Javanese (small butterfly with thick bodies) to an European style (bigger and finer). In 1940 the butterflies developed under Chinese influence into the even bigger, more boldly decorated ones we know today. 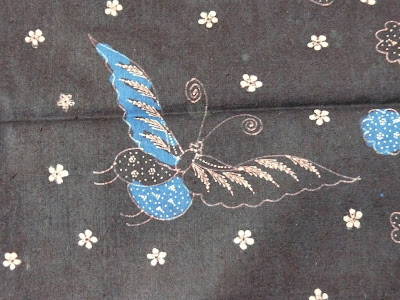 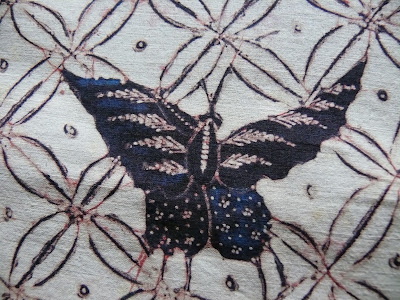 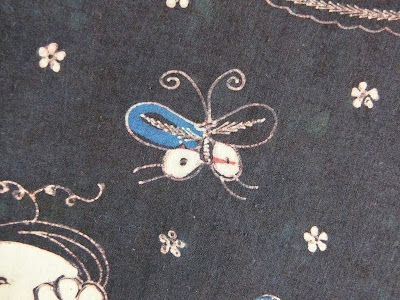 
"...Butterflies sipping nectar from flowers are an emblem of felicity and the joy of married life"
- Fabric of Enchantment

As I mentioned before that I started as a butterfly monitor last year. To learn to determine different local butterflies I followed a course and started reading about the subject. The world of symbols and science seems miles apart, yet entomologists are more rock 'n roll than lab geeks. Frontman Kars Veling of De Vlinderstichting looks more like someone who goes stagediving than looking for bugs in the undergrowth. And many writers and artists were Butterfly hunters. Vladimir Nabokov for example found his inspiration for his novel Lolita when he was catching butterflies in a suburb. 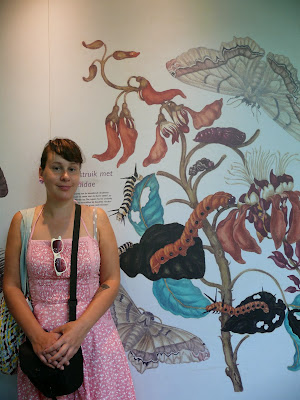 Me in Artis with Merian's work on the background

The work by Anna Maria Sibylla Merian inspires me greatly. Anna Maria Sibylla Merian (1647 – 1717) was a German artist and entomologist. She studied plants and insects and made detailed drawings of them. As a child she was fascinated by caterpillars and their life cycle.
In Artis Merian's beautiful illustrations cover the walls of the entrance of the Butterfly-greenhouse and even a small caterpillar is named after her in the Netherlands, the Meriansborstel. What fascinates me in her work is that all her drawings have a dark side to it. At first you see this fresh, colorful image of plants and insects, but when you start to look closer you see that on most an insect gets eaten by another insect or small animal, and sometimes parts of this insect are still sticking out their mouths. 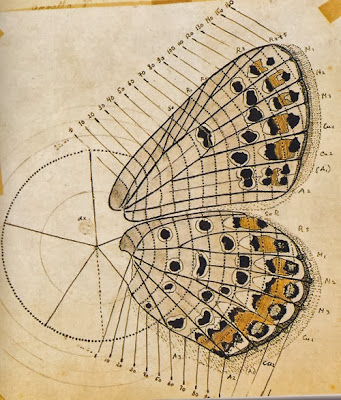 Butterflies are used as good luck charms in Batiks, but they aren't always considered as luck bringers. In Indonesia tombstones are decorated with images of moths. These Butterflies of the Night are associated with death.
For "Little Nana's Cape" I collected information about beliefs surrounding butterflies. I was reading a novel, The Butterfly's Daughter by Mary Alice Monroe, in which a girl follows the migrating path of the Monarchs. Monarchs return on the Day of the Dead in Mexico and therefor symbolize the returning souls of relatives.
I was telling about it to an Indonesian friend and she told me about a similar belief from Indonesia. When an Atlas moth gets in the house it represents a loss in the family, it's like an Atlas moth takes a soul with him. This of course makes it an unwelcome houseguest.

It's funny how inspiration comes together like that. I started collecting more stories, so I could make a pattern of butterflies that are associated with death without losing their beauty and lightness. The location, Onze Lieve Vrouwenkerk in Breda, was perfect for this subject. 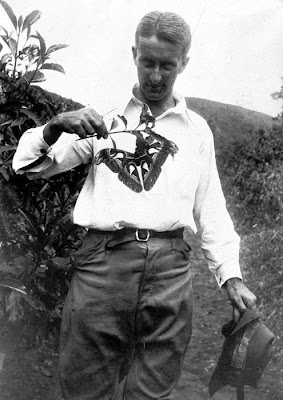 Photo of Atlas Moth from the Tropenmuseum archive 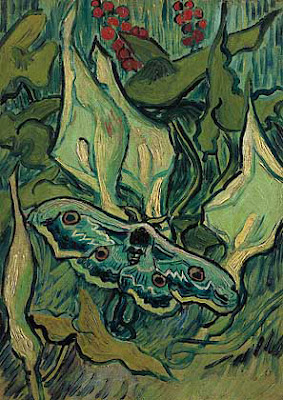 Around 1889 Vincent van Gogh made two paintings of butterflies in the gardens of the Saint-Paul Asylum in Saint-Rémy. He mentions the painting with the Emperor moth in a letter to his brother. He regrets that he had to kill the beautiful moth in order to paint it. He thought it was a Death's-head Hawkmoth. I first didn't think anything of it, because I know how difficult identifying species can be. But then I read a book in which they tell that the Death's-head Hawkmoth was seen as a bringer of bad fortune and even death. This folk belief from the Netherlands was common in the beginning of the 20th century. The migrating moth with the skull pattern on his back was seen by Vincent in May of 1889, a year later on the 29th of July 1890 he passed away...

But moth-butterflies aren't just bad news, they also represent the art of transformation. The title of my wallpaper installation comes from a mythological story of the Aztecs. Their humble god Nanahuatzin sacrificed himself to become the sun. Only dressed in a paper robe with a paper cape he jumps into the fire and brings light to earth. The god Quetzalcoatl flies as a butterfly into the new sun. Falling back on earth she forms the flowers and butterflies. 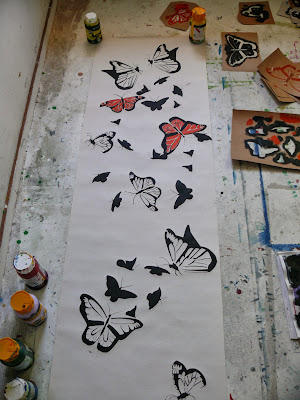 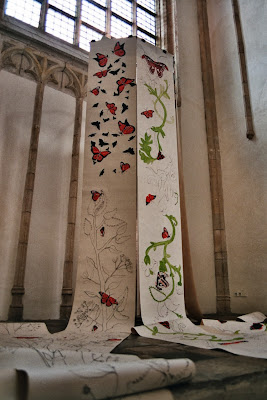