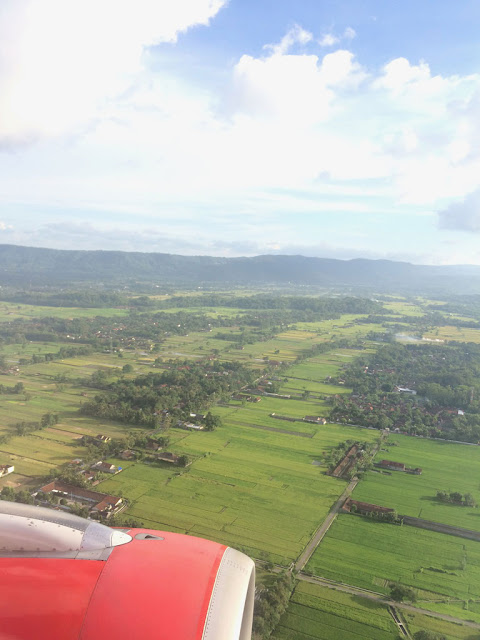 View from the plane from Jakarta to Yogyakarta in 2016


In a few weeks I will be heading to Java for my third journey to Batik. I am currently in the stressful yet joyful mood of trying to finished & prepare everything on time before I go. The never ending quest I end up in every time I travel. It seems no matter how long you are preparing for something, in this case ever since returned from my second journey in 2016, you still feel you aren't prepared at all. Story of my life I guess, and in a way things never go as I plan and yet always end up just going as it needed to go.
So, I am in this state of waking up every morning, trying to think of everything I need to do and might forget. What I noticed is that still many people don't even know I am going, so a post on my upcoming journey with some photos and I edited some footage of the last journey, 'Rice Reis'. 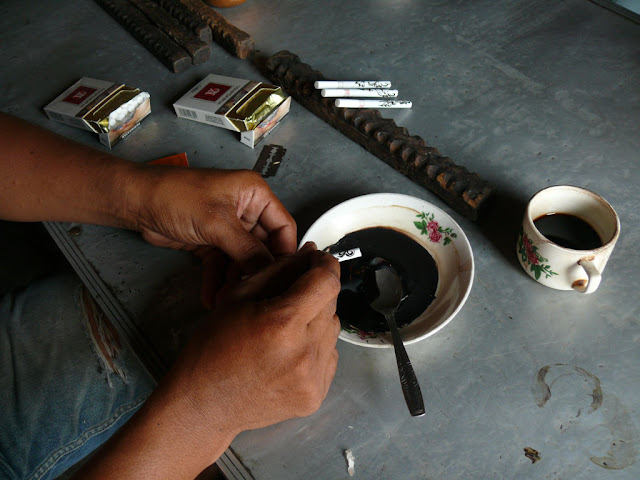 The making of Nyethe, decorating cigarettes with coffee to make Batik motifs

I also made the video 'Nyethe' public. I made it for my exhibition 'Batik is Art, Batik als kunstwerk'. I displayed cigarettes that were decorated with coffee. With a QR-code people could view the video of how Pak Saefozi creates these motifs inspired by Batik. I filmed this in 2016 at Warung Kopi Pak Ndut in Lasem, moments before I filmed the Tari Batik performance by Dwi Anggraeni {Read more in my previous blogpost 'Batik, Cethe, Tari & Kartini'}.


My second journey was 7 years after my first one. In those 7 years it felt like I was chasing a dream and thought I could better return one more time and end this whole Batik-thing.
In the three months I travelled on Java in 2016 it became clear to me that Batik and the people I met through that journey, had the be part of my future. The second journey is one of the most amazing times I had and the most terrible.
With two deaths, one happing while I was still on Java and one being announced with a long sickbed while I was there, this journey was such a duality. I was finally living my dream and at the same time I was away from home feeling so sad and heartbroken. I think this makes this next journey a bit scary, yet I know that it will be allright. 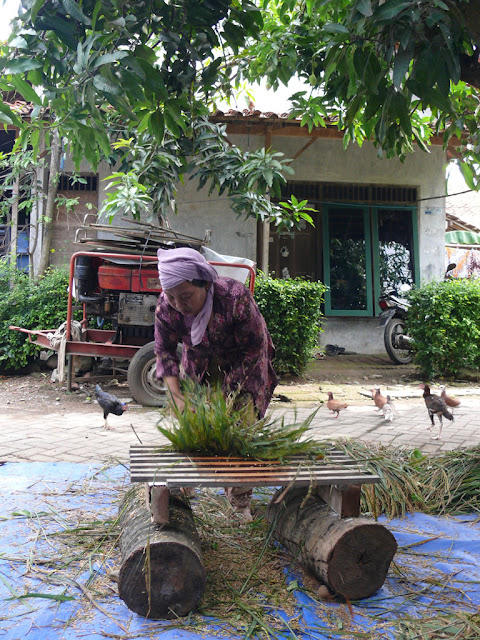 Harvest of rice in Watesalit, Batang in 2016

Since Batik became UNESO Intangible heritage of Indonesia in 2009, my arrival in 2009 was only a few days after, I knew I wanted to be there for its 10 year anniversary. This year is not only the 10 year celebration of that, but also of my own journey to Batik. I could not have imagined that Batik would become my full-time occupation and I am happy I can return to Java 10 years after it all started!
My next journey will be about re-visiting the places where I filmed the Batikmakers last time and to launch the current research-project 'Re-telling the history of the (Indo-)European influence on Batik'.
I will be launching my project during the Hari Batik celebrations with a talk at Museum Tekstil in Jakarta on 28 September and Museum Batik in Pekalongan on Friday 4 October. I hope to show my short film 'Tari Batik' also there, in Batang and Lasem. Next to that, I will filming at some historical locations in the region of Semarang.
My journey will also include a little de-tour before I go home, I will be going to Bangkok in Thailand. There is an exhibition at the Queen Sirikit Museum of Textiles of the amazing Batik collection of King Rama V.

So, exciting stuff and a pretty busy program. Of course I will try to updated my blog regularly during my journey. For more please follow me on Instagram and check out my website for dates on talks & screenings.