Get your national gear on 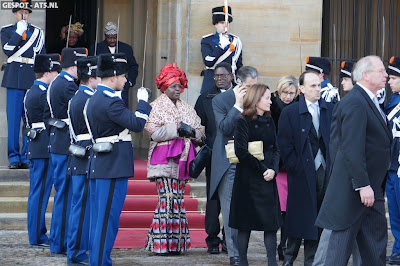 This week our queen held her New Year reception for the ambassadors located in the Netherlands. In the newspaper I read: "If you want to see a parade of exotic national costumes you have to see the Corps Diplomatique".
Yesterday I collected these images from all the New Year receptions held from 1955 till now. It's a fashion show of national costumes!
Unfortunately I couldn't find any pictures of the Indonesian ambassador and not all the pictures had information about who was is on it. It's great that the Nationaal Archief has these great historical pictures online. Every New Years reception the Dam seems to be covered with snow and the ambassadors in their exotic, not so warm clothing appear to have travelled from far far away.
Found some other interesting pictures, but those are for a next post.

Enjoy the Corps Diplomatique at the Paleis on the Dam in Amsterdam! 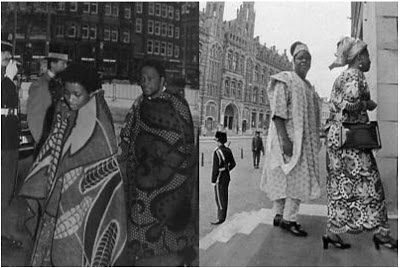 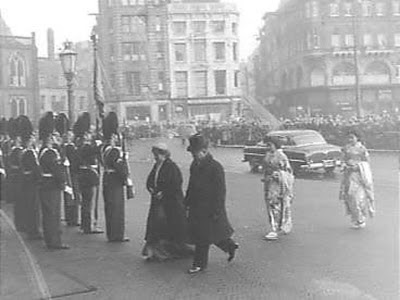 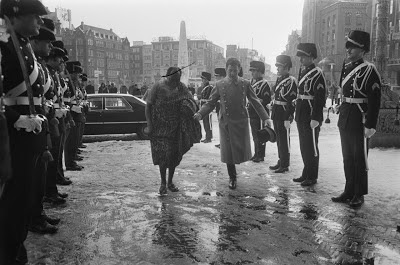 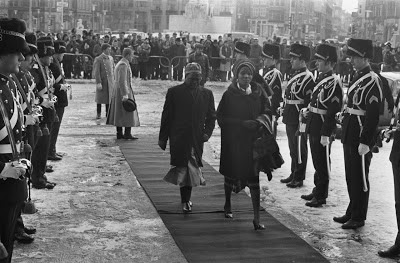 Arrival ambassador of Nigeria and his wife, 7 january 1970 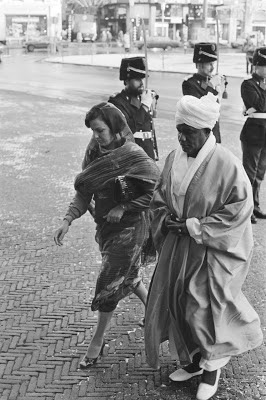 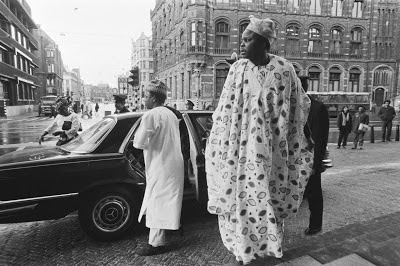 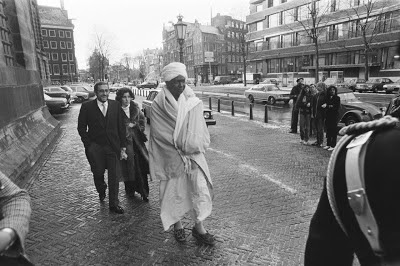 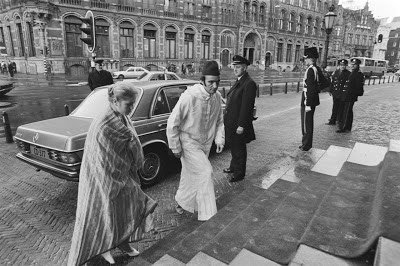 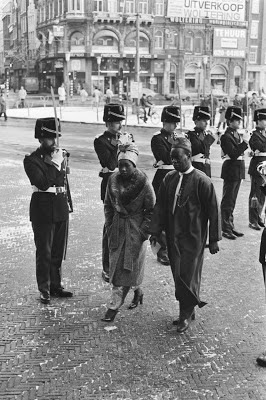 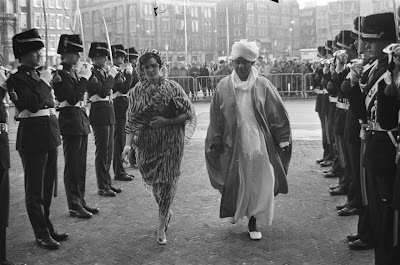 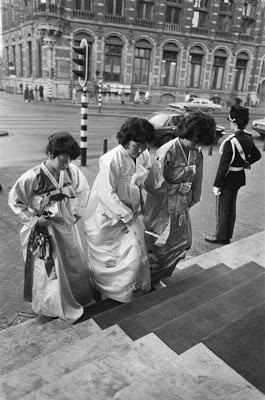 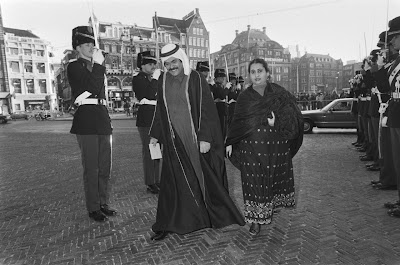 Arrival of Ambassador Quator and his wife, 13 january 1982 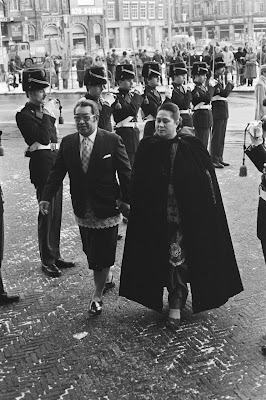 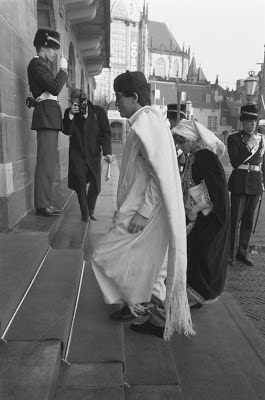 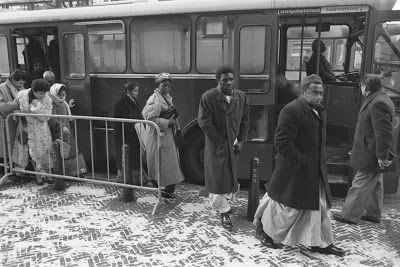