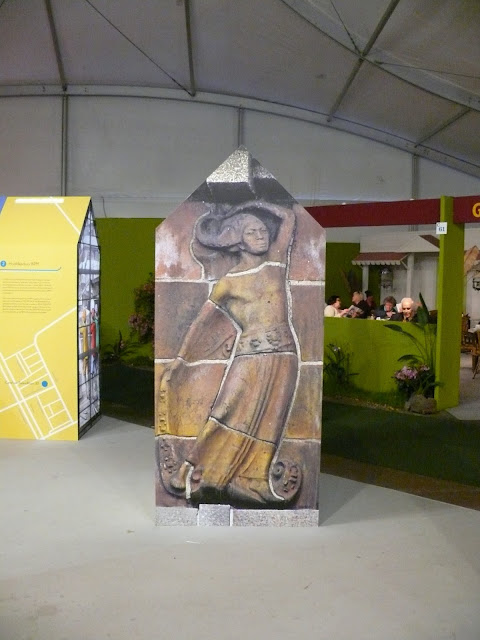 On Friday the 31th of May I went to the symposium 'Shared Heritage' by Sporen van Smaragd ("Traces of Emerald") on the Tong Tong Fair in Den Haag. An interesting day with great lectures, a good conclusion of a very successful project. Many great architectural finds were made during the three years of research. Not only the charismatic bricks and stained glass has been mapped out, also the inhabitants and the clients. It's an important part of our cultural heritage in which emigrants from the Dutch East Indies left their traces of emerald not only in buildings, but also in literature, art, music and the cuisine of the Netherlands. 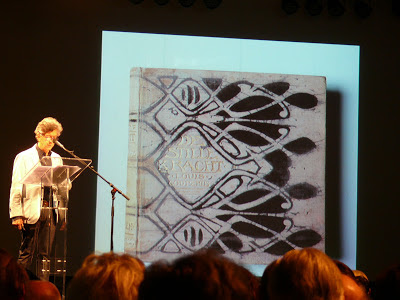 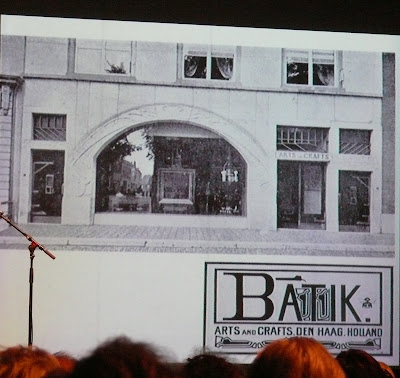 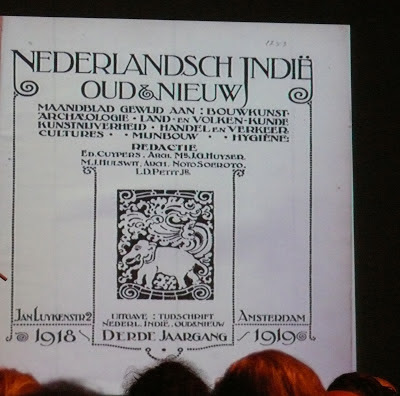 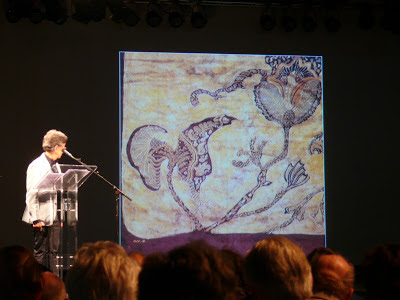 Example of Batik being made in the Netherlands 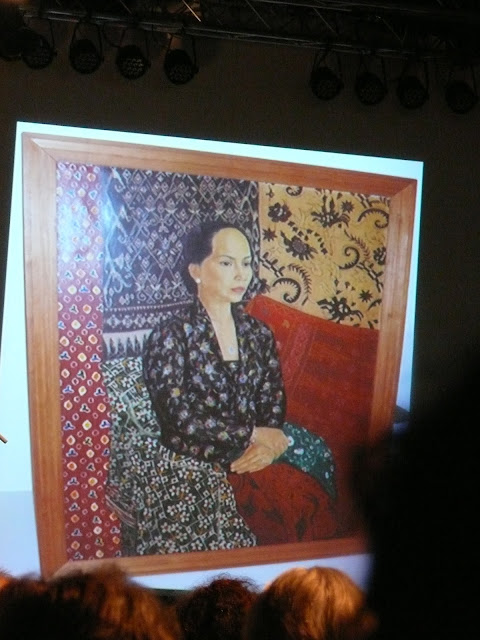 Frans Leidelmeijer gave an interesting lecture about Dutch East Indies influence on the Dutch art scene. Great examples are found in the Dutch version of the Arts and Crafst-movement, De Nieuwe Kunst. Batik was a popular craft and was used in many different ways by artists in the Netherlands. Leijermeijer's lecture contained many interesting artworks, but his story was a bit chaotic and he mentioned a lot of names and dates, but only once. Fortunatly the great publication by Sporen van Smaragd also gives attention to this subject in both text and image.
Leidemeijer's lecture ended with a very nice surprise, the wonderful painting 'Raden Adjeng' by Paul Citroen. The ultimate Batik Statement!
I first saw this painting in a museum in Gorinchem. I didn't like the exhibition much and so I didn't mind not being allowed to take pictures. But then in the last room, there it was. This big colourful painting with a beautiful Javanese lady surrounded by Batiks and Ikats. I thought of making a picture anyway, but most paintings were from private collections. Back in Breda I googled for an image of the painting without any luck. Then there it was, more then a year later, projected at the Tong Tong Fair.

Correction: The painting of Raden Ajoe is not by Paul Citroen but by a pupil of him at the Haagse Kunstacademie. Corry Muhlenfeld. See the comment on this post by Frans Leidelmeijer himself. 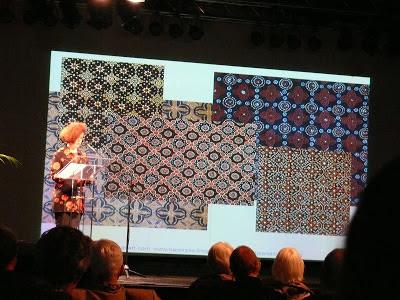 In the lecture by Dr. Marty Bax the hidden Indonesian influence in architecture in Den Haag was unravelled. The Amsterdam School is a style of architecture that arose from 1910 through about 1930 in The Netherlands. With the economic prosperity in the Netherlands, due to the colonies, art developed rapidly. Architects could design entire buildings including the interiors. It were the heydays for architects like H.P. Berlage and K.P.C. de Bazel. Marty Bax made some nice comparisons between buildings made in the style of the Amsterdamse school and Buddhist temples. De Lijn, the line, formed the basis for their architecture. The flow through the building had to be like a meandering line, like life energy, Chi. Gemeentemuseum De Haag by H.P. Berlage makes this very visible, wondering through the halls you get the feeling of being led flow instead of directions.
The modern Amsterdamse school use of squares, circles and triangles as patterns, wasn't so modern after all. The use of patterns could be easily traced back to Batik motifs. Bax used the great slide (see picture above) to demonstrate this.

The Dutch East Indies left a clear line in our history and if you just know where to look, you'll find it on many places. The influence in not only found here of course, but also oversees. Ben de Vries from the Rijksdienst voor het Cultureel Erfgoed gave an very interesting presentation about station architecture in Indonesia from the Dutch East Indies. And the preserving of colonial buildings abroad was extensively discussed. It is a very interesting subject and a lot is happing at the moment. A VOC building in Publicat is going to be saved from being demolished, Louis Couperus home were he wrote 'De Stille Kracht' is discovered and on Sunday mornings in Indonesia the colonial time is being acted out with role playing. I will save this subject for another post, try to visit the exhibition “Vroeger is een ver land” ("The Past in a Foreign Country") at the Tropenmuseum first! 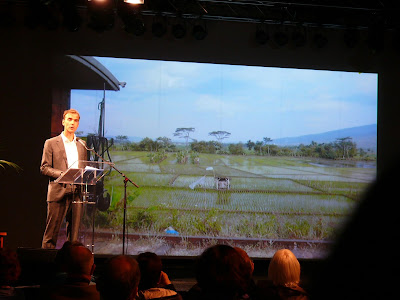 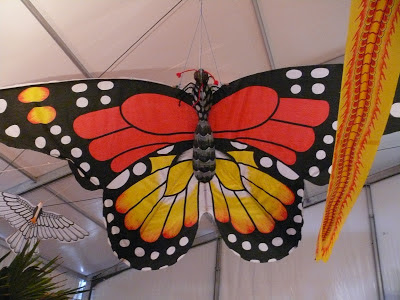 Monarch kite at the entrance of the Tong Tong Fair

More information about the interesting project by Sporen van Smaragd on www.sporenvansmaragd.nl and in my blogpost 'Traces of Emerald'. Also a very beautiful publication (in Dutch) is made!

Thanks for this. I have always found it interesting that the hidden influence from colonialism, that on the occupier rather than the occupied, is rarely mentioned or fully so, intentional or otherwise. Perhaps in a world we are entering where the old colonial powers lose more and more influence to their old colonies with each passing year, the balance might be slowly being addressed.

Thanks John!
It looks like the colonial time is become a clearer part of our history. I think by showing the positive interactions and influences found in architecture and art, history can be explained better. It's not right to hide or ignore this part from our history, we have to acknowledge it. This project by Sporen van Smaragd is a very good example of it. Yesterday I visited some of the building from their research. Shared heritage hidden in the open. Confronting because on the on hand I love the influence the colonialism had on our art, on the other the wealth that supported that art...

The painting of Raden Ajoe is not by Paul Citroen but by a pupil of him at the Haagse Kunstacademie Corry Muhlenfeld. I agree it has similarity with the painting you saw at the exhibition in Gorcum. When Corry painted this picture in 1939 she just finished her trainting at the academy.

Really! Thank you for sharing the right information! So I still have to search for an image of Paul Citroen's painting :). Thought I finally found it.
Love the work by Corry Muhlenfeld, thanks again!