The child is not dead

Nelson Mandela reading Ingrid Jonker's poem "The child is not dead" during his inaugural address to South Africa’s first democratic Parliament, on the 24 of may in 1994, is the first thing I think of when I think about Mandela.
I was only 6 when Mandela was finally released, so I know him more in legend then in memory. His very important legacy shouldn't become a part of history, we have to honor it everyday.
A friend of mine, thanks Thijs, send me a message in Facebook: "I just read that Nelson Mandela is a big fan of Batik blouses". And indeed he is. I said to him, maybe I should write a blogpost about that, and here it is. Googling "Mandela" I found so many lovely pictures of him in beautiful Batik blouses, always smiling.
How great is it that he almost always wears (Javanese) batik! 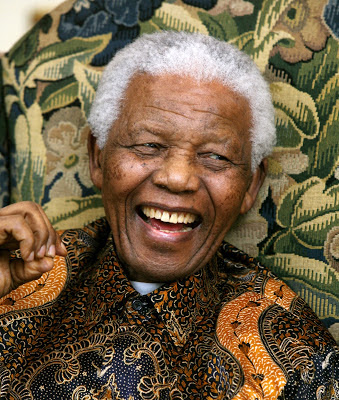 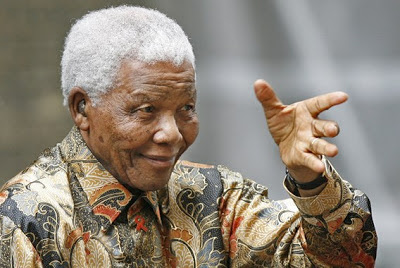 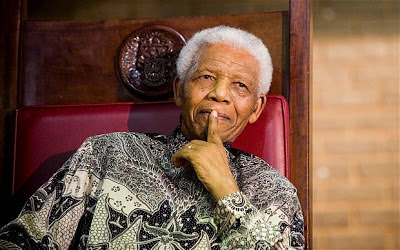 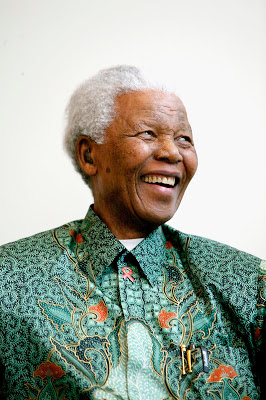 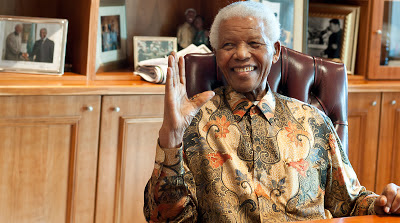 Another great thing I came across are the memory cloths with Nelson Mandela's portrait on them. Memory cloths ('Herinneringsdoek') are made to honor special events, like the cloth made by Vlisco for Willem-Alexander's coronation*. They can be worn as support or as protest. And are instant collector items. 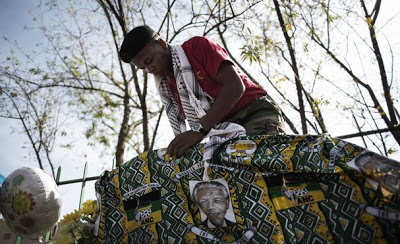 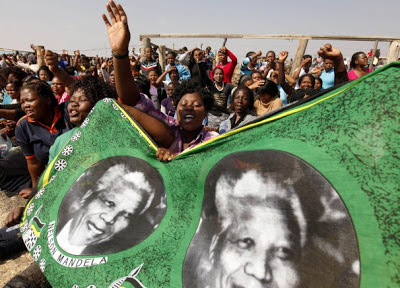 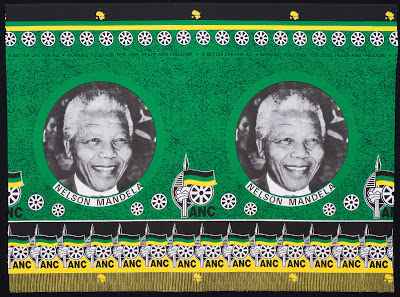 Memory cloth with images of Nelson Mandela, with the colors and symbols of the ANC (African National Congress), former president of South Africa (1994-1999).
The text on the cloth: "Better life for all, working together for jobs, peace and freedom".
These cloths were really important, because before 1990 it was illegal to own a portrait of Mandela or things with the ANC-colors on it.** 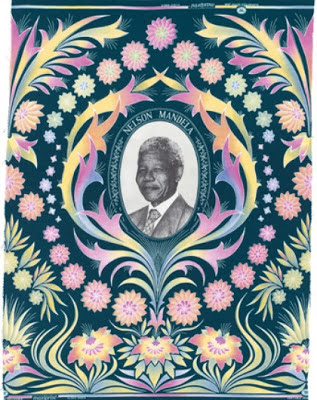 This Vlisco Java pattern was launched because of Mandela’s immense popularity following his release from prison in 1990 and his leading role afterwards in the negotiations for multi-racial democracy. The framework of the design, however, was designed in 1989 to suit different portraits, from Charles de Gaulle to Pope John Paul II.***

The child is not dead
The child lifts his fists against his mother
Who shouts Afrika ! shouts the breath
Of freedom and the veld
In the locations of the cordoned heart

The child lifts his fists against his father
in the march of the generations
who shouts Afrika ! shout the breath
of righteousness and blood
in the streets of his embattled pride