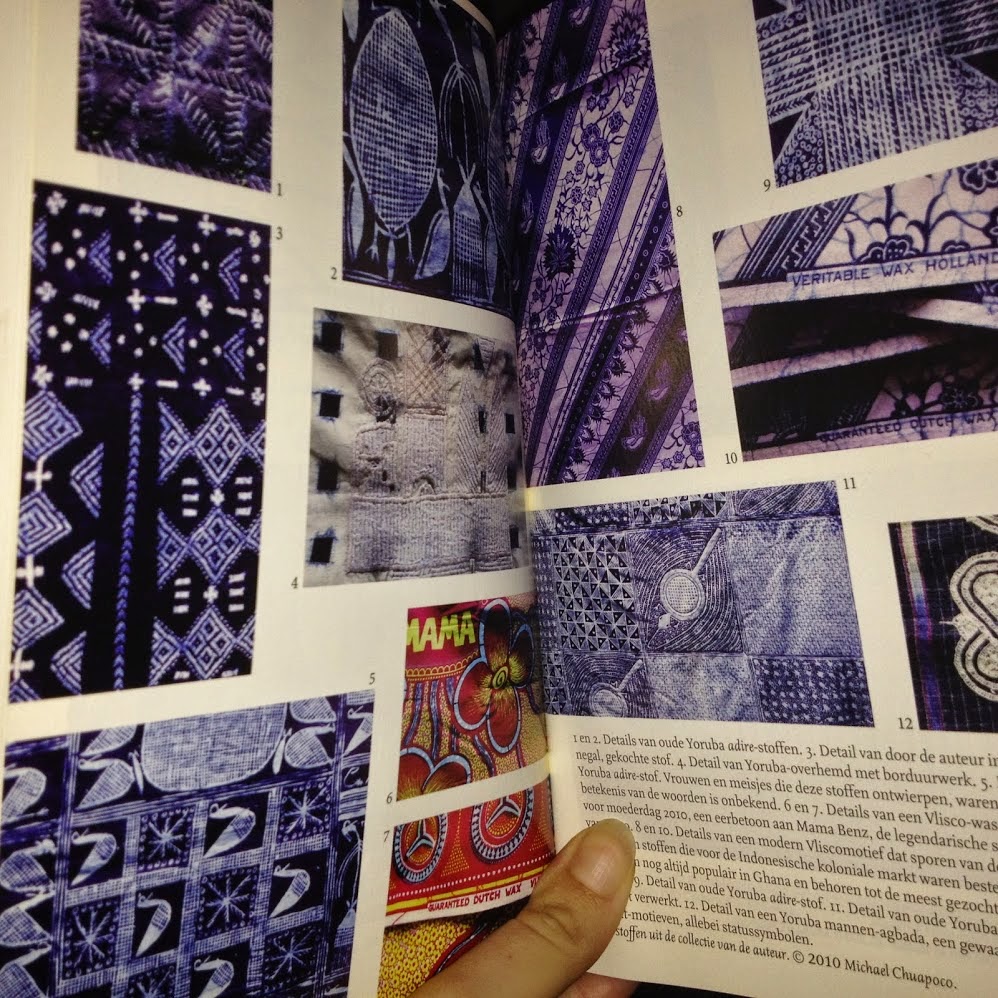 Januari is coming to an end and already I didn't keep to my good intentions. Here is a first post about what I'm up to!
I just started reading the first pages of 'Indigo, In Search of the Color That Seduced the World', in Dutch 'A search of a women, to a colour and herself'. This book really takes me back, back to my own search, my journey to Batik.
The book starts with the main character, the writer herself, wondering and waiting in Accra in Ghana for Indigo to cross her path. I remember my impatient, feverish quest for a fabric I came to believe didn't exist. Why are you looking for that? No one understood, and when they reacted like they knew what I was looking for, I was so disappointed finding myself in places where the art of Batik was slowly dying.
I was certain that I would never find the romantic image I had in my mind. It was fabricated with photos from books, and I wondered if it maybe never existed at all.

I was walking on the craquelé patterned ground, like the coloured veins in Batik, I recognized the pattern that was used in the Rembang Regency. It was so warm, but it was so beautiful. I couldn't believe my eyes when I saw the pembatiks sitting in the shade under a bamboo hut. It was everything I imagined and yet something I never saw before. It was still here! The Art of and love for Batik! (see blogpost 'Jeruk' from October 2009)
When I returned from my short journey, my search went on. Looking for stories, looking for meaning. What connects us, what connects it all? What symbol could tell the whole story? Or is it not a symbol, but a color? Or a bit of both? The hand on the cave wall saying 'I am here'. Expressing what most of us are trying to do, marking a part of time.

"Fabrics told a story and had a social status. In some cases they were literal monuments of a social history. The stories had depth which I never expected. They were complex, hidden behind a superficial beauty, so people without the proper knowledge couldn't read them. I wanted to read them, and I wanted to be read when I wore them, I wanted to make their stories my own."
- Catherine E. McKinley in Indigo

My journey to Batik is an ongoing story and brings me on unexpected, very welcome paths. A few weeks back I decided to use 2015 to learn more about natural colouring, and more so about the history of it. The history of man is strongly connected to fabric, or how 'Studies in Textiel' put it, the thread of history.
Or in Dutch 'Rode draad'/'Red thread'. Red is probably the oldest colour used by mankind.  In 2000 paleoanthropologists found evidence that, between 170,000 and 40,000 years ago, Late Stone Age people were scraping and grinding ochre, a clay colored red by iron oxide, probably with the intention of using it to color their bodies at Pinnacle Point, an archeological site found on the coast of South Africa.* Some of the earliest recorded textiles were colored red with iron oxide. Linen fragments found in Egyptian tombs from around 2323-2150 BC were dyed pink with iron oxide and in Egypt it was used as a colorant for cloth until around 1304 BC. In Mesopotamia, woven fabric dating from 2500 BC was dyed with a brilliant red ochre.**
From the 15th century the Dutch had an important position in the textile dye market. Growing Meekrap/Rose Madder*** in the region Goeree-Overflakkee to make red. The red was used to dye wool, silk and cotton, both in the Dutch textile industry as abroad.
End of the 19th century chemical dye ended the cultivation of Meekrap, it totally stopped in 1920 making the plant today an almost extinct specimen.

The story of Indigo is quite similar and it amazed me when I read that there are 300 plants that were used to make the colour blue. In Europe, before Indigo was introduced by Spaniards from Central America, we used 'Woad' ('Wede').
Till the 16th century Europe was the main supplier of blue dye. Woad was grown in the Netherlands, but grew better in the South of Germany and France. Woad was used for a long time, because seeds of the plants were found in caves dating back from the Stone and the Iron Age. Also was it found in pottery from the Iron Age. A note by Julius Caesar 55 BC mentioned that Picts in England painted their faces and bodies blue before gong in to battle.
The dye chemical extracted from Woad is Indigo, the same dye extracted from "true indigo", Indigofera tinctoria, but in a lower concentration. ****
The plant, Indigofera tinctoria, was one of the original sources of indigo dye. It has been naturalized to tropical and temperate Asia, as well as parts of Africa, but its native habitat is unknown since it has been in cultivation worldwide for many centuries. ***** 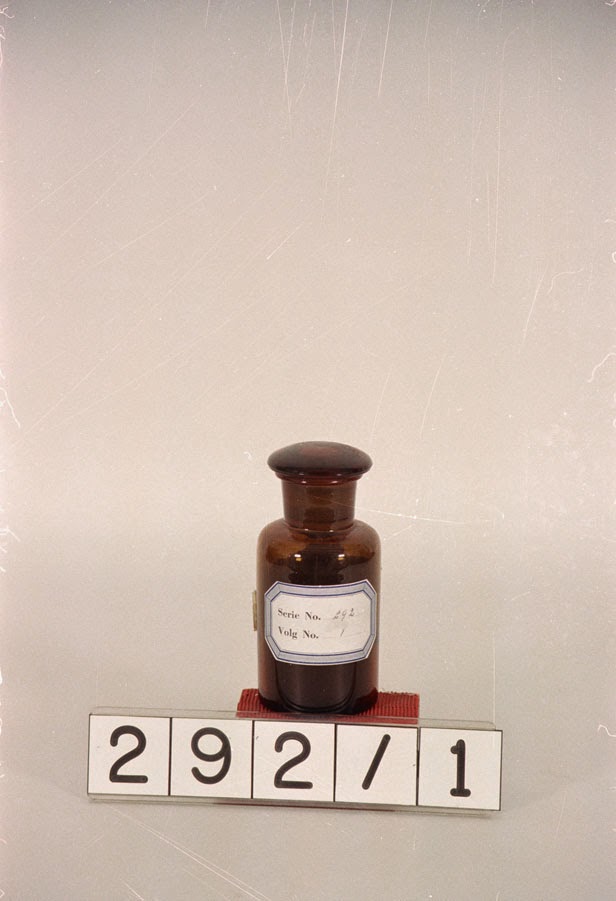 Instead of tipping my toes in the pond of knowledge I dyed the points of my hair blue, to fill my mind with Indigo. Synchronicity is never far away, so more Indigo knowledge and related stories will be following this post. Reading and sharing is my best way of learning and I hope you will enjoy it too.