The chicken and the egg 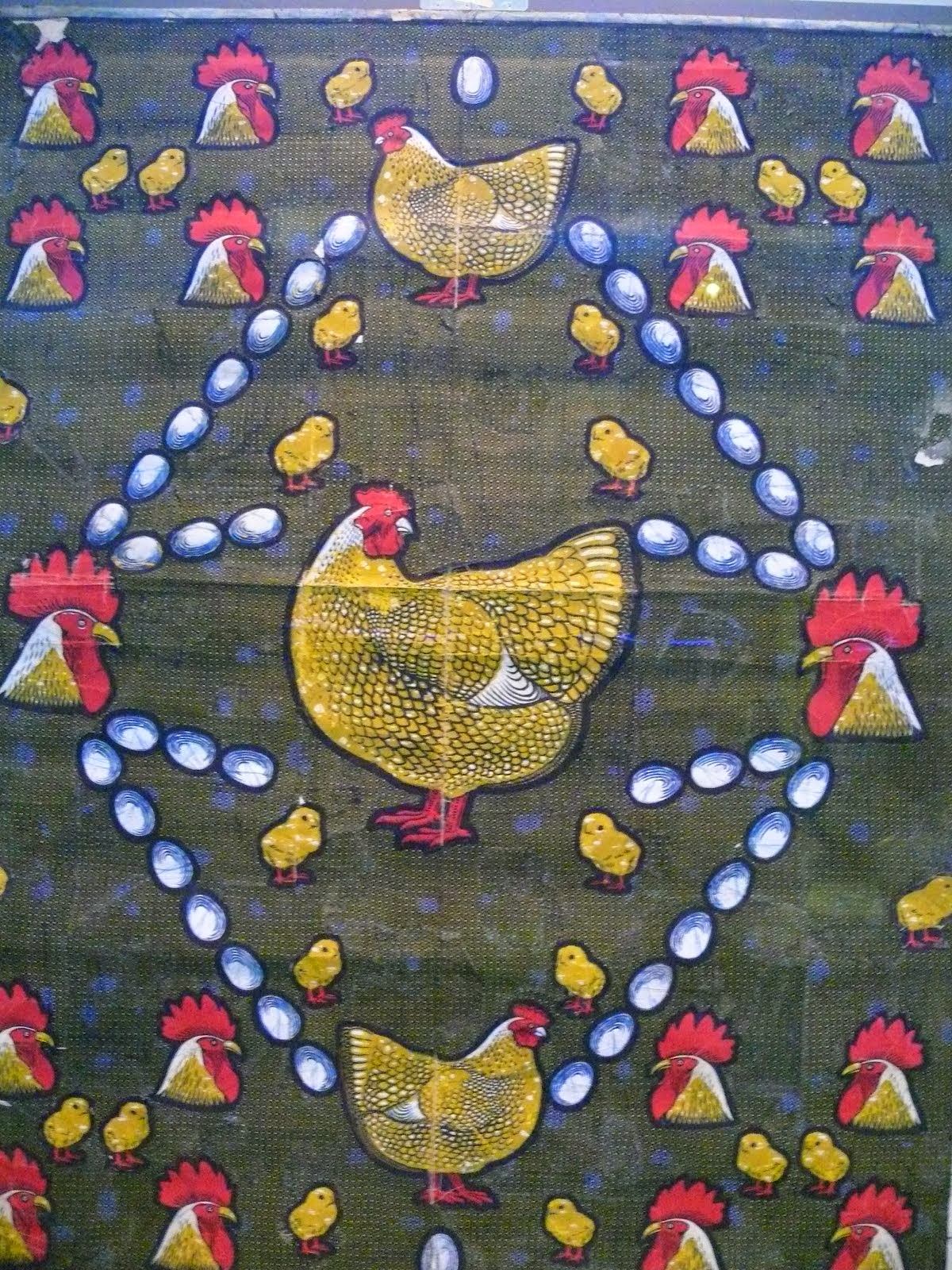 Which came first, the chicken or the egg? The same can be asked about symbols, which came first the pattern or the name/meaning? The meaning of a symbol is closely related to the wearer of the fabric. Certain Batik patterns can not be worn by anyone. It is not only about expressing, but also about being allowed to express it. Your roots and your status determine if the Batik (or Vlisco) is suitable.

Vlisco were given and still are named by so called 'Mama Benz', women who sell Vlisco on markets and because of that they can afford their favorite car, a Mercedes Benz. These 'Mama Benz' provides the Vlisco's of names, giving it its status and market value. But the real meaning of the Vlisco is developed by the wearers. Giving women a voice to express their thoughts, their political views, their discomfort about a situation, without actually saying it.

I first came across 'La famille' in the Online collection of the Tropenmuseum. What a great design and I was happy to see it at the exhibition 'Six Yards Guaranteed Dutch Design' at MMKA in Arnhem (till 7th of May!!).
I was surprised to see more than one 'chicken' designs. Apparently chicken are popular in both Indonesian Batik as African Batik. 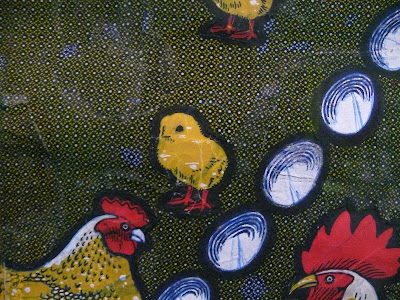 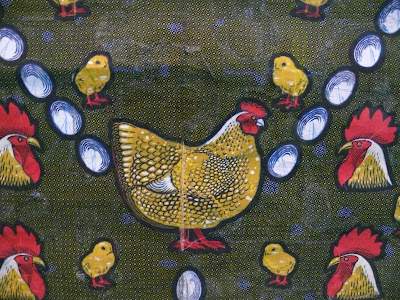 "The chicken (Gallus gallus domesticus) is a domesticated fowl, a subspecies of the Red Junglefowl. As one of the most common and widespread domestic animals, and with a population of more than 24 billion in 2003, there are more chickens in the world than any other species of bird."
There is still a lot of discussion about the origin of chicken. Most likely the first domesticated chicken are from India. "From India the domesticated fowl made its way to the Persianized kingdom of Lydia in western Asia Minor, and domestic fowl were imported to Greece by the fifth century BC. Fowl had been known in Egypt since the 18th Dynasty, with the "bird that gives birth every day" having come to Egypt from the land between Syria and Shinar, Babylonia, according to the annals of Tutmose III."* 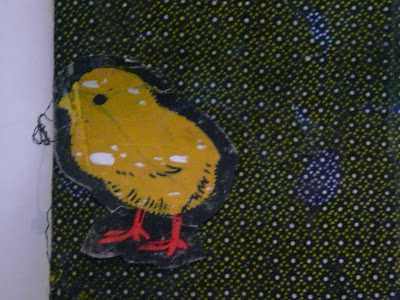 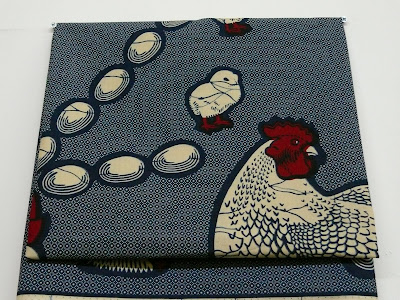 Chickens are important in Indonesia, as food, but also in rituals. This is probably why they are also found on many Batiks.
During the seventh month of a woman first pregnancy a feast of sacrifice, Tingkĕban, is held. After a ritual cleansing they let a chicken egg slide over the woman's body: Let the birth run as smoothly as the egg.
Also there is a lot of superstition surrounding chicken. A pregnant woman should not cut the meat of chicken, they believe it will harm, or disable the child.
Another one is that you should eat all the food on your plate otherwise your chicken will die (if you waste your food, you killed the chicken for nothing). If you don't have any chicken, someone else his chicken would die, which is even worse. In other places they said you should leave some food on your plate for the gods...
When I was in Indonesia William Kwan showed me what the patterns on a Batik from Pekalongan meant. It was full of unidentifiable forms for me. He explained to me that the pattern were parts of a chicken. Its wings, its comb, its beak, its claws. Chicken provide food, both in eggs as in meat. They give a family wealth. So by wearing a Batik with chicken on it, you hope to have good fortune or show that you already have.
In some Batiks only the wing is used as a pattern. In other ones the whole chicken is illustrated, abstract looking like a growing plant or more figurative. In others, like the one from Pekalongan, the chicken is shown in pieces. 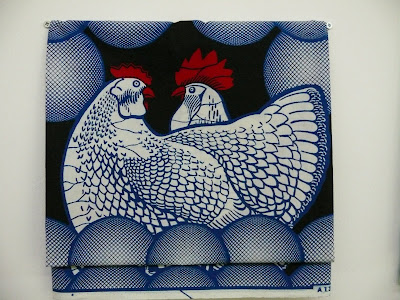 In Africa the chicken on the Vlisco's have a different meaning. The Vlisco design 'La famille' (on the Gold Coast, in Ghana its called 'Happy Family') of a hen surrounded by eggs, chicks and roosters have two meanings. The first, for people unknown with the other meaning, the wearer says she is a devoted mother for her family. But the hidden message, only clear for those who know, is that the rooster, representing the husband, isn't capable to please the hen, wife, sexually. And that she is available for other men.
The design for 'La Famille' is from 1905 originally made by de Haarlemsche Katoenmaatschappij. In 1918 the design was added to Vlisco portfolio. It is still very popular and has been reprinted many times. Love to have a print for myself one day, with a different meaning to express! 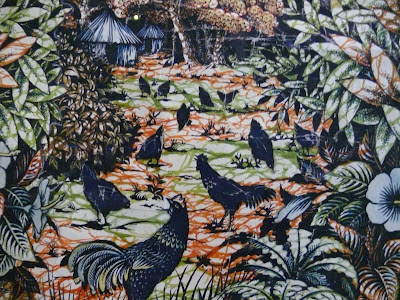