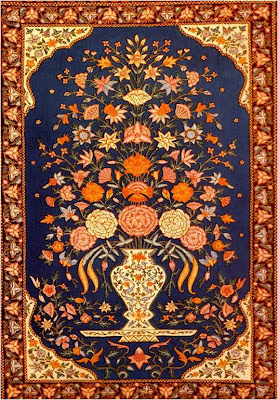 "I sound like a needle stuck in the groove of a record, but it's so important to do this. People won't realize until it's too late, when they ask, *Oh did we have those things?' We cannot move forward without preserving our past."
- Batik designer Iwan Tirta (From The Jakarta Post)

I'm 'liking' the IWAN TIRTA Private Collection on Facebook for a long time now, 'liking' a lot of the images they share, this one (picture above) triggered something bigger. A Batik based on a Turkish carpet, what are the odds! I'm a strong believer of synchronicity, so stumbling across a Batik based on a carpet while I'm reading a lot about carpets the past weeks (instead of Batiks) made me wonder.

First we should learn some more about Iwan Tirta:
"Iwan Tirta (April 18, 1935 – July 31, 2010) was an Indonesian batik fashion designer. Tirta trained as a lawyer, but became an internationally known designer. He is credited with beginning the early revival of batik design during the 1970s and 1980s. He also became an Indonesian and Javanese cultural advocate, as well as a food consultant, later in his career.
Tirta returned to Indonesia from New York in 1970. Instead of utilizing his law degree as a profession, he started his career as a designer using traditional, hand-made batik cloth.
Tirta authored several prominent books on the subject of batik...He was widely credited with the promotion of batik designs within the international fashion industry, including its magazines and fashion shows. However, despite its new found popularity, Tirta was a critic of the recent revival of batik in the early 21st Century. He was especially critical of the embrace mass produced, printed batik over the traditional, handmade cloth, "The problem is that the establishment still doesn't know the difference between printed batik and the handmade one. It's our own mistake. They say *creative economy', and that's a contradiction. When the word economy comes into it ... you reduce everything to money. What we need now are good and knowledgeable patrons.""
- From Wikipedia

This all sounds very familiar, don't I have this great picture somewhere of him.. 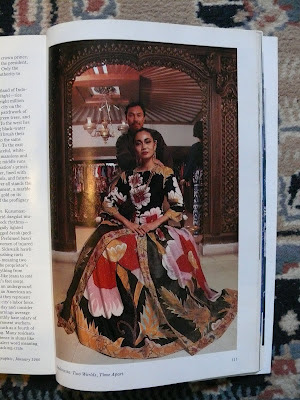 Mmmm somehow everything is coming together again...I found these great fashion-pictures online with Batik Masterpieces by Iwan Tirta. Enjoy and if you get inspired I'm still would love to receive your Batik fashion statements! 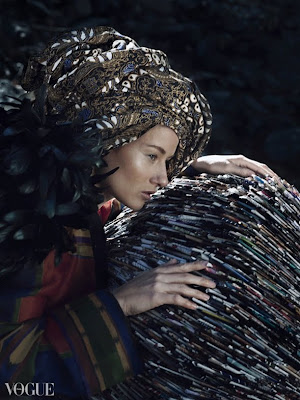 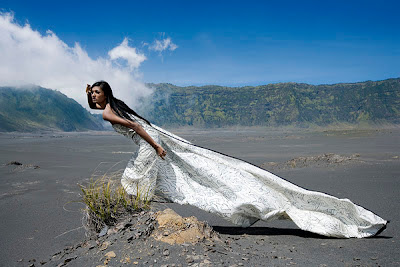 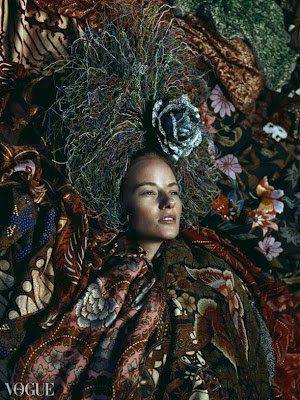