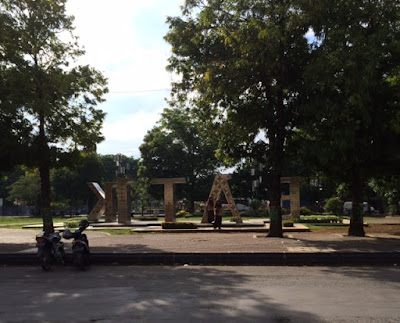 View from Museum Batik in Pekalongan 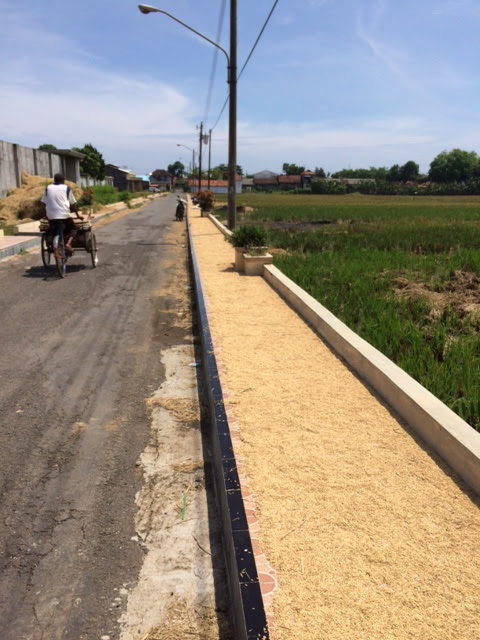 Drying Rice on the sidewalk

The journey to Batik is not really a journey if it doesn't include traveling. Arriving Friday 23 September late at "home" from Solo, I got up extra early to leave again for Pekalongan.
Next to meeting people from Museum Batik in Pekalongan, I had the great privilege of joining Pak Kwan Hwie Liong to visit some of the Pembatiks in the Batang region (region next to Pekalongan).
For me a great opportunity to see what I want to film there and also to spend quality time with Pak William Kwan.
After meeting only once in 2009, we shared many Batik thoughts over the internet and sharing in person is just wonderful. If it is combined with looking at lovely handmade Batik pieces; old, new, traditional, modern, finished, unfinished, it is a perfect way of spending time. It was quite the tour William prepared for me. And I have seen so many Batiks and met so many wonderful Batik makers that I still am processing it all. 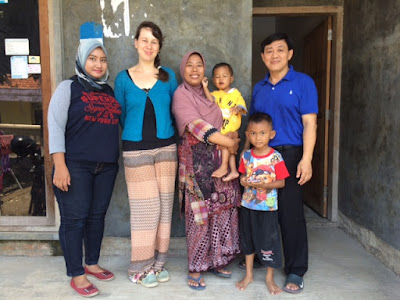 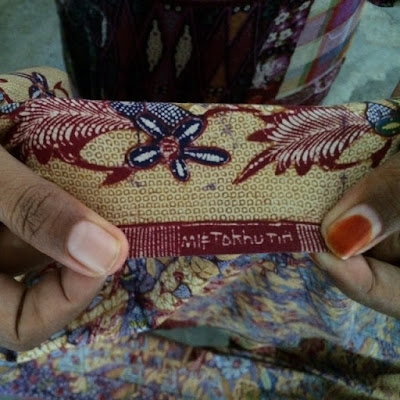 I love Pak William's enthusiasm and his practical way of inspiring Pembatiks to re-invent their Batik Tulis without losing their style or the heritage.
He has a great way of showing you progress or making you connect the dots without pointing them out.

The first place we visited in Batang region was of Ibu Miftahutin. She is the spokes person for the Pembatik in Batang and on 5 October she will give a talk at Museum Nasional in Jakarta for Hari Batik (Batik Day).
Ibu Miftahutin showed us some "older" pieces from the 90s. They are not for sale, but are being kept to make a kind of database of motifs & designs that are being used frequently  in Batang.

When everyone is sharing about Batik motifs in Bahasa with much ease, it is difficult the keep track, but diving in the language of the cloth again like this is a wonderful experience.

As I mentioned before, William has a great way of sharing his research and making discoveries with you. With the "older collection" in mind we headed to the other makers in the region and I started spotting designs or symbols I saw before in Ibu Miftahutin collection. 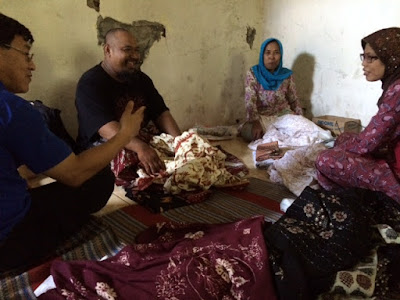 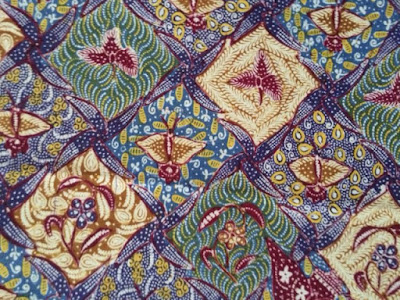 'Windroses' and Tampal motif on Batik from Batang

A motif popular in the Batang region is a 'windrose', swastika kind of symbol that is used in many forms. As an edge for the 'tampal' design or placed between flowers and big sea shells. When you start recognizing a certain symbol, you start spotting it more and more. I already have a thing for 'windroses', so seeing this one in Batang made me very happy! 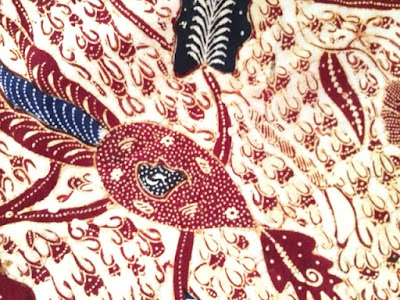 Body of a bird found on Batik from Batang

Another specific thing in Batiks from
Batang is how the body of the bird is drawn. In almost all Batik you will find birds; Gelatiks, quails, pheasants, peacocks, Phoenix, Garuda or Chicken. Even if you think there is no bird, there will be at least a part chicken been hidden somewhere in the design.
The body of the bird in Batang is drawn with its wing on his side. The wing is liver shaped and surrounded by little symbols. 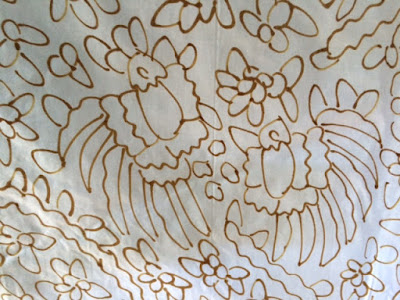 Sketch on cloth, some Batik makers make the design directly on the cloth

During my time spend with William, he showed me the many aspects that comes to researching Batik from a specific area properly.
To gather the right information a combination is made between research in books and research in the field. For the field work, first the Batik makers need to be found. First thing is then to examining the general motif or design of the cloth that is being made now and in the past, same with the use of colour. Second is the names for motifs, symbols and 'isen-isen' (filling up patterns) which may be named different by different makers from different regions even different in different villages. The knowledge of how a pattern is created, how a motif can be drawn in wax and if the Batik makers still can make it, is of great importance to see if a motif maybe originally come from a certain area, or at least has been made there for some time in the Batik history. The influence of religion and politics made Pembatiks alter their design and also changed the demand on Batiks for certain styles. With trends in Batik motifs disappear from Batik designs or were replaced by "easier" or "quicker" motifs.
Many interesting things to research and still a lot of work to be done. 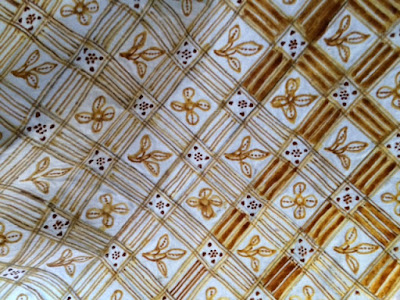 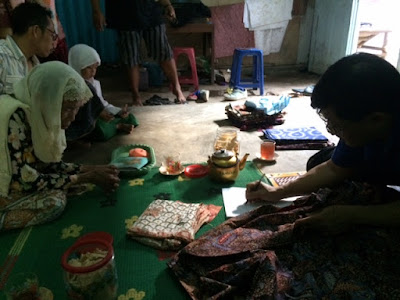 Asking about motifs and what they mean

Next week I return to Pekalongan for the Batik Weeks. This time I won't meet William there because he will be in Jakarta for the Hari Batik event at Museum Nasional, but I hope I can meet some of the Batikmakers of the Batang region again! And I hope to meet William again soon as well!
Thank you Pak William Kwan for the great tour of Batik Batang and looking forward to our next meet!