Returning to Jeruk and Lasem 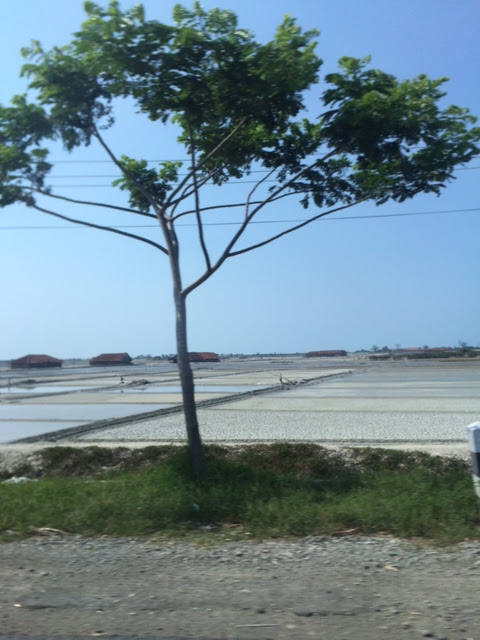 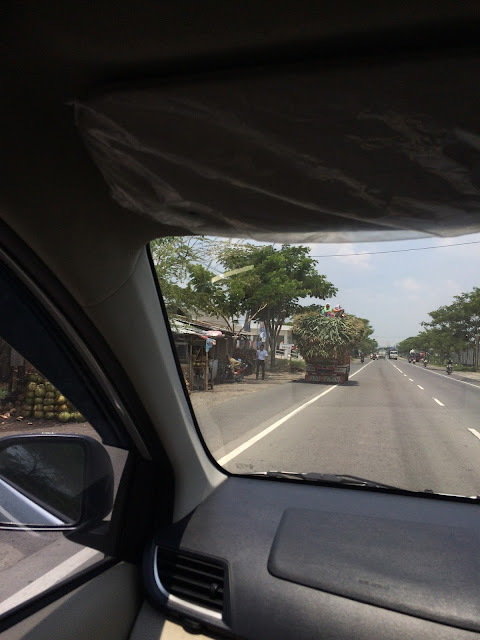 Writing again in a plane. This time from Jakarta to Yogyakarta. I had a wonderful, I think, truly Jakarta life-style week and happy to return to the more quiet life in Sleman (where I wrote most of this post). 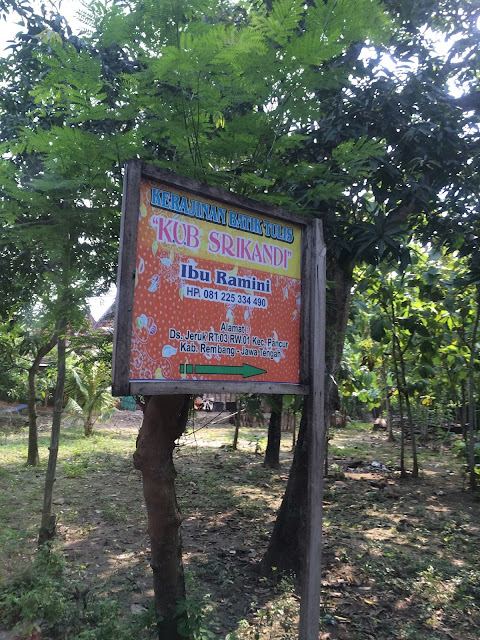 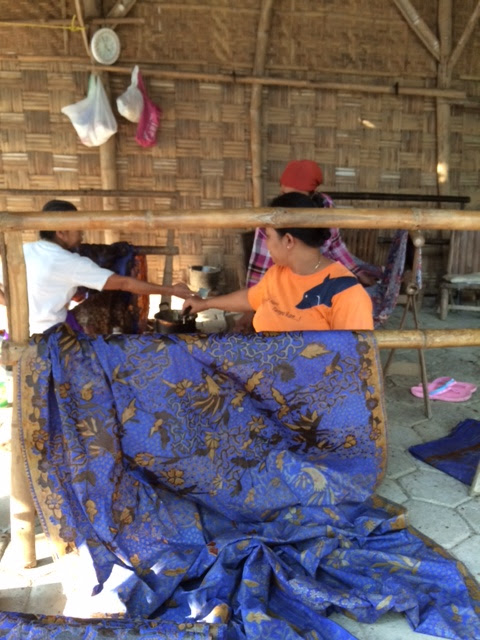 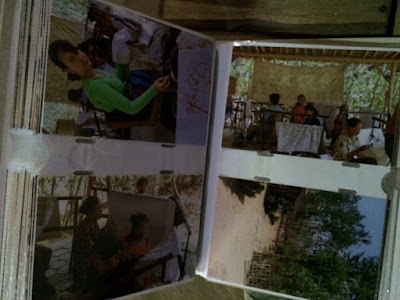 On Monday 17 October I returned to Jeruk after exactly 7 years on the day (see blogpost "Jeruk" posted on 18 October 2009).
I left early from Yogya with a driver to Semarang were we would pick up Jennifer. After a 6 hour drive, the landscape suddenly changed into the landscape I remember so well (see post "Landang garam").
I only been once one day to Jeruk and Lasem, so it is interesting I have such a strong connection with this place. But yet again, I felt as if I was returning home. My plan was to stay at Ibu Maryati, but it changed last minute, so I stayed at Ibu Ramini. To my surprise this was The Place I dreamed of visiting for so long. So it was meant to be.
The first thing Ibu Ramini asked Jennifer to ask me was: "Can't you stay one month?". Wauw, I really wanted that and wondered if I should change my plans...but I'm sure I will return and stay longer one day.
Jennifer helped me explaining what my plans where and we were in luck that the next days the dyeing & the boiling out of the wax would be on the program.
Ibu Ramini remembered me well because she showed us a photo-album with the photos me & Tommas made during our short visit to Jeruk in 2009. I think I send them with my Batik design in 2011, but Ibu Ramini didn't remember that. Probably because it was at the time arranged with Ibu Maryati.
After our short catching up, we headed towards Ibu Maryati. She started her own Batik workshop at her home. I talked with Hanip and Dwi, the daughters of Ibu Maryati, to see how we would film the Tari Batik two days later. For me an inspiring household with three generations of Batik makers and with the youngest generation studying fashion and dance. 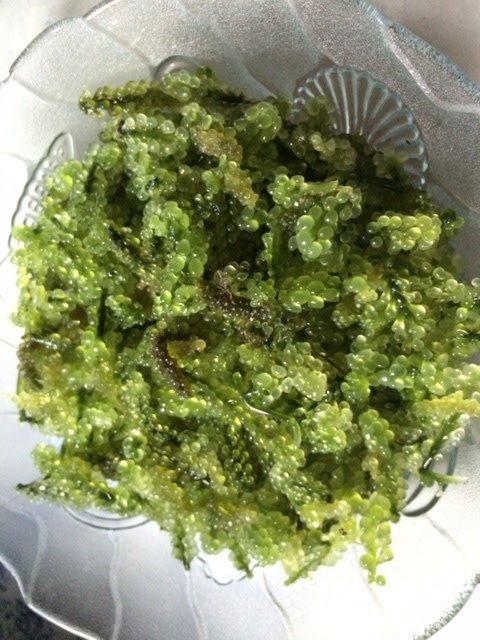 In the evening we were invited to eat a local dish at Ibu Ramini: Urap Latohan. A kind of salade with cocos and the seaweed that is used as a pattern in almost every batik from that area. You can't eat this dish the whole year round, so again we were lucky. 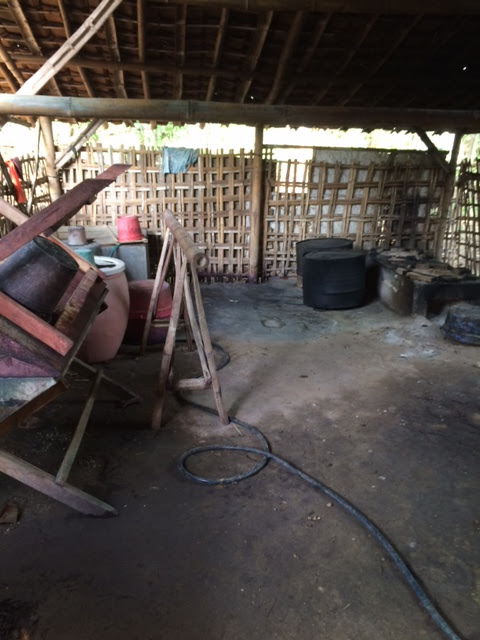 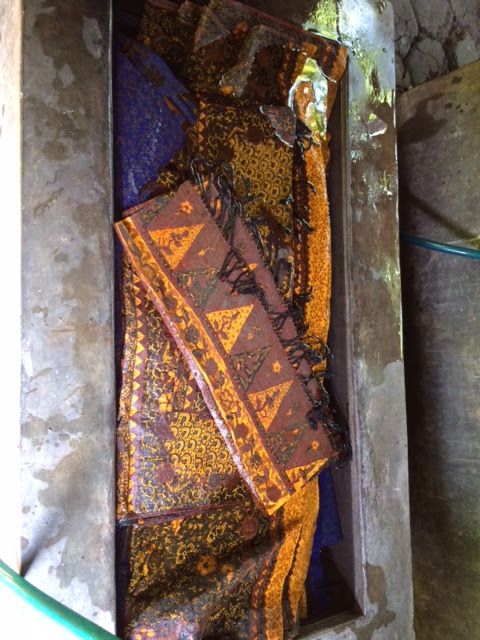 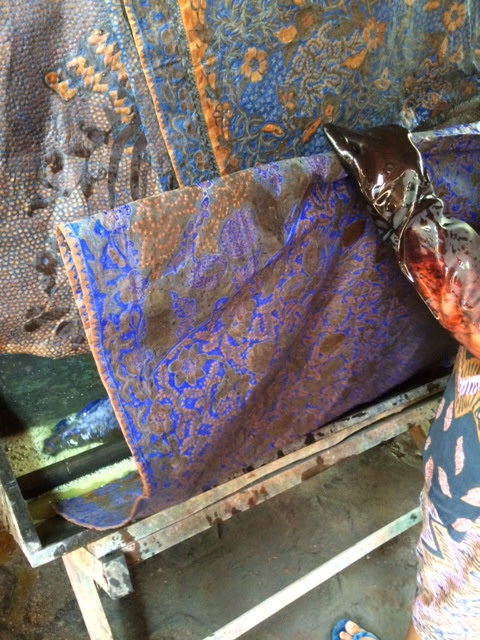 After a early bedtime and a early wake up, I started filming the colouring of the batiks. Brown, cocolat and red were on the planning. The colouring of the red looks like a magic trick. In the first dyeing bath only a blueish tinge appears on the cloth. In the second bath the cloth suddenly turns red. I hope I captured this well... 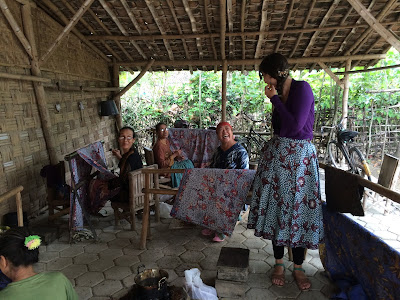 Jennifer brought with her the skirt and dress made from the Batiks I selected in Jakarta. Good idea of her to do a little photoshoot at the place they were made (well one here and one by Ibu Maryati). Me feeling goofy and nervous ended up being a bad model, but I made the batik makers laugh. 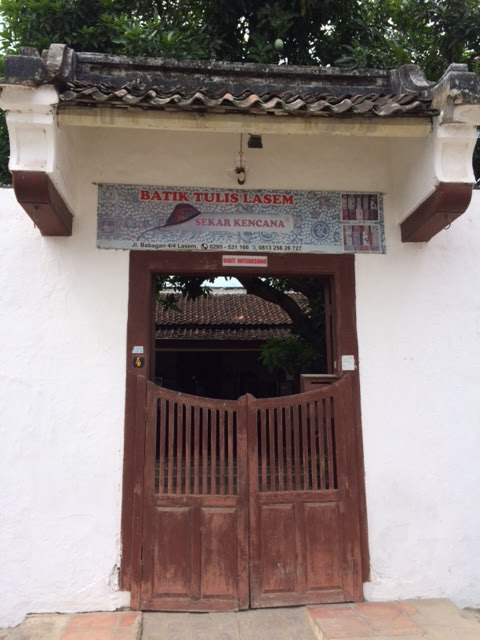 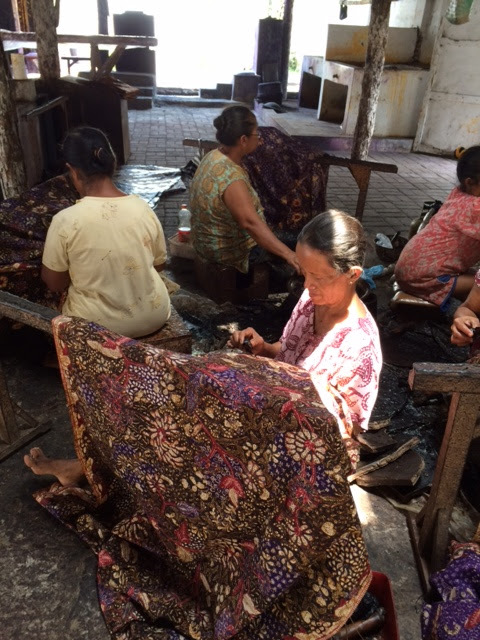 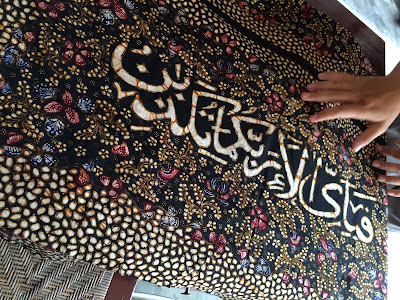 When near Lasem, you must visit Mr. Sigit, so we headed there next. The doors was closed, but his grandson welcomed us in. At the entrance only 4 or 5 batik makers were working, I remembered Pak William Kwan telling me about this, but I was happy to see there were 10 more women working around the corner. Nothing really changed at Mr. Sigit workshop, maybe less workers, but no big changes at first sight.
His grandson showed us some wonderful pieces and also new designs with Arabic texts on it. Maybe it is the influence of this new generation, happy to see and meet this new generation. I picked out one Batik for my own collection with a base in red with a pattern of peacocks and fish. Finally a finished piece from this workshop in my small collection!
Mr. Sigit wanted to meet us when we were just done shopping. He was standing in the door opening and said in Dutch something like "You come back from the Netherlands". I don't know if he actually remembered me, but he was really happy we were there. Mr. Sigit is now 88 years old and we were surprised to hear that the Batik workshop started with cap in 1923. It wasn't until 1967 (or 1976, I'm not sure) that they started with Batik Tulis. Nowadays if we talk about Batik Lasem we talk about the batiks from Sigit Witjaksono. It was nice to visit him again and to see a new generation ready to continue his legacy. 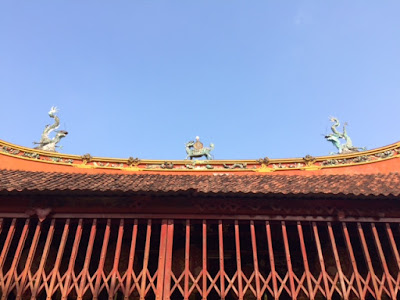 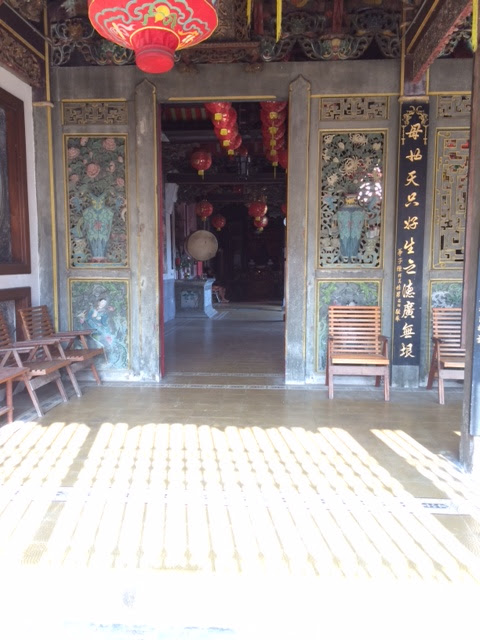 To stay in Batik Lasem theme, we visited two very old (more then 300 years old) and beautiful Chinese temples. There are theories the Batik motifs used in Lasem are based on artefacts & ornaments found here and I think I can agree with that. 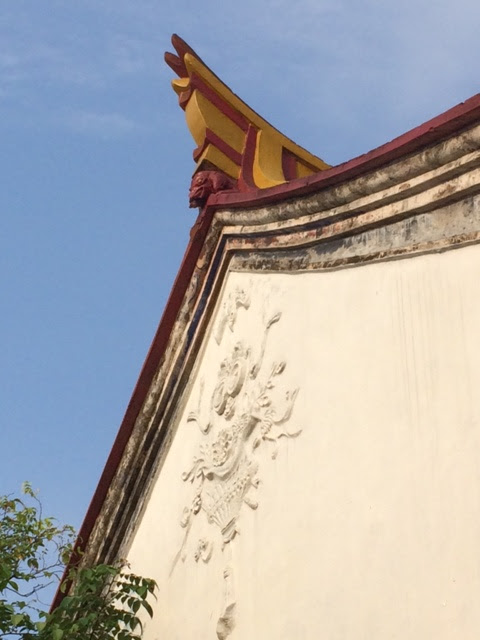 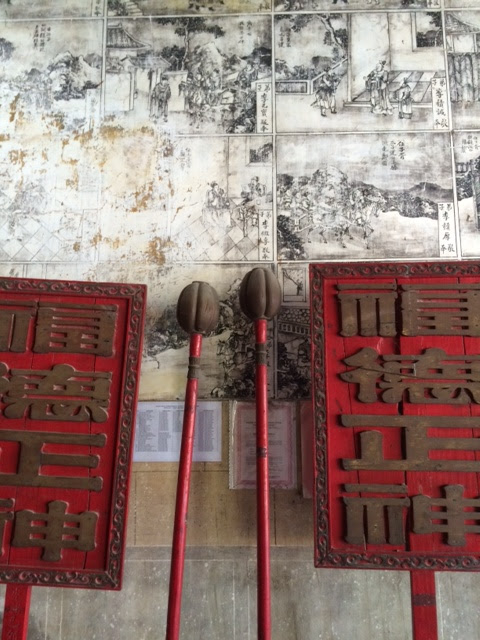 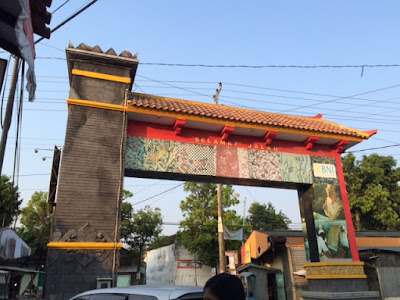