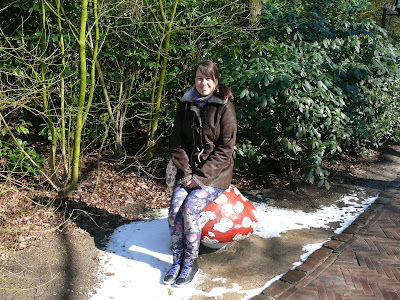 On the 14th of March I had a truly magical day at the Efteling (fairy tale theme park in Kaatsheuvel). They organized a symposium to celebrated that 200 years ago the first fairy tale book "Kinder- und Hausmärchen" by the brothers Grimm was published.
When I arrived at the Efteling everything was covered with a little layer of snow, making it a Winterwonderland. The symposium was held in a special room in the Fata Morgana. The ceiling was a sparkling sky full of stars.
It was so much fun being in a room full of Efteling & fairy tale fans. Without shame we could plunge in the world of magic and at the same time learn some pretty interesting and grown up stuff. The day made me fairy wiser!

In 1812 the first edition of "Kinder- und Hausmärchen" was published in Germany. The brothers Grimm gathered 200 fairytales and legends. Ludwig Ludwig Emil Grimm, the younger brother of the Brothers Grimm, was the first illustrator for the collection of fairy tales compiled by his brothers (Kinder- und Hausmärchen, 2nd edition 1819-1822; the first edition of 1812 had not contained illustrations).*
It was surprising to learn that these first editions weren't a success. Wilhelm Grimm already adjusted the stories to make them more 'bedtime story-proof'. Mothers became stepmothers. And references to sexuality were written out. He also added more emotions to the characters then found in the 'original' written down versions.**

Despite of this adaptations the Dutch translation from 1820 was received as an ill-written, child-unfriendly book with 'sickening illustrations'.*** In the Dutch edition not many so called 'magical fairy tales' were in it. Cinderella, Sleeping Beauty and Snow White didn't make the selection. These stories are now the most popular and well-known fairy tales together with Little Red Riding Hood.
Hans Christian Andersen stories like Little Mermaid (from 1836) had more success. It took until 1857 for the Grimm fairytales to become popular. The Grimm brothers got more famous themselves, they published the book when they were in their twenties and after that they made some groundbreaking grammatical, linguistic works and had some political influence. There fame grew and the Grimm fairy tales became the legends they are today.

I learned a lot that day about the stories and their history during the symposium. Also it gave me new insights to continue my search. Ever since I'm reading about Batik Belanda, I'm fascinated by the fairytale batiks. I'm still looking for the original illustration on which they based these batiks. They started to make this batiks around 1850. At the end of the 19th century the fairy tales Batiks, especially Little Red Riding Hood, were very high fashion. This was in sync with the popularity of fairytales in Europe. The first fairy tale designs were made by Carolina Josephina von Franquemont who started her Batikworkshop in 1845 nearby Semarang.
More about this very interesting subject read my post 'Little Red Riding Hood, where are you going?'. 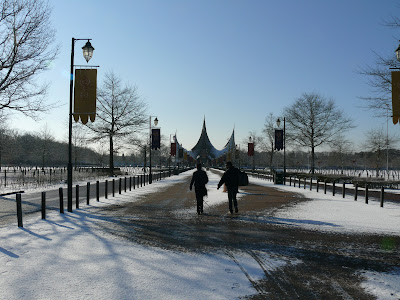 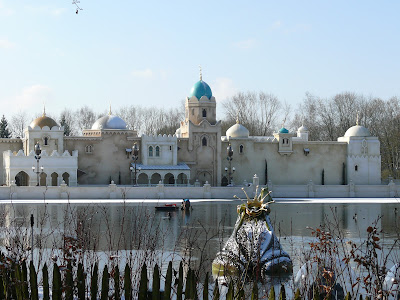 We not only got a lot of interesting lectures, we also were guests at the revealing of the statue of the brothers Grimm. When we left the Fata Morgana, heading towards the Fairy tale-forrest, it was snowing. The sun broke through like magic at the moment the statue was revealed! 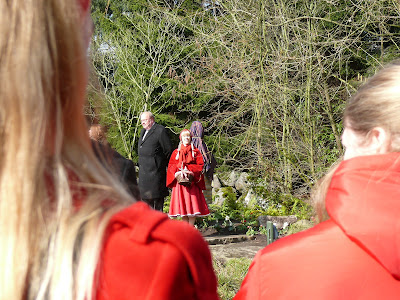 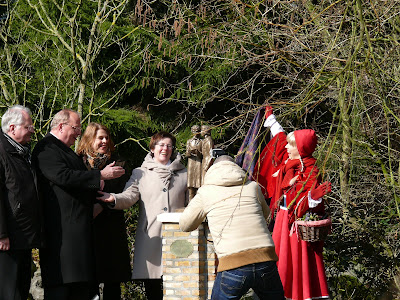 The day ended at the nice water spectacle 'Aquanura'. I didn't had the opportunity to see it before, at my previous visit to the Efteling they were still building it. To experience it a little for yourself flip fast through the last three! 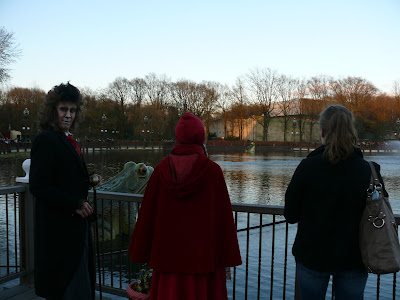 Little Red Riding Hood, her wolf and other fairy tale characters accompanied us during the day 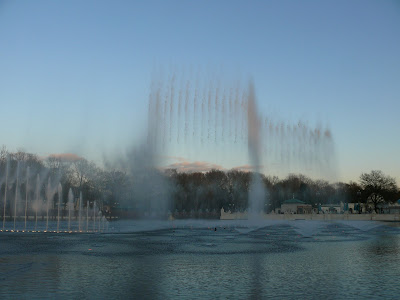 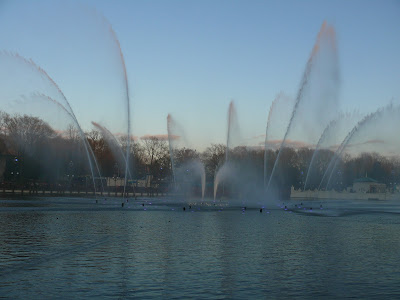 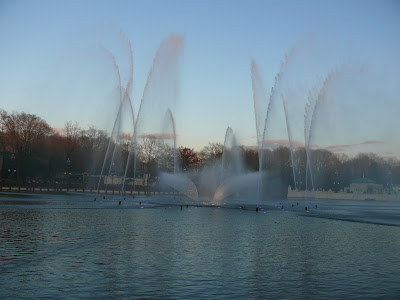 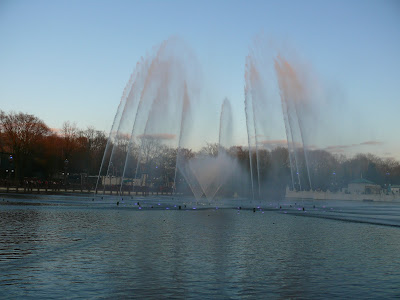 Three fun facts I discovered during the symposium to conclude this post:
In Germany there was a tradition that young women wore a red hood to show that they were not married.
In the original story by Grimm Little Red Riding Hood is not wearing a basket, but is carrying the gifts for her Grandmother under her apron.
And last but not least Cinderella's slipper was made out of gold.