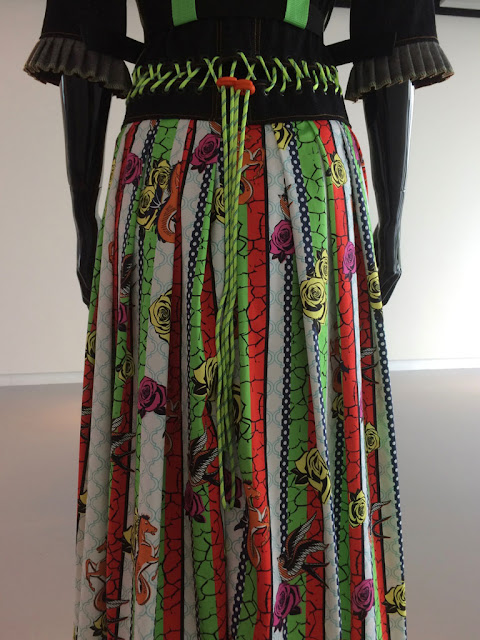 'DRACHT' by Kasper Jongejan at KAF in Almere, 2017


In my quest to unravel the history of Batik, I also started unravelling another history, the Dutch history, the colonial one and my own. I started asking myself what is being Dutch and what are we actually talking about if we are referring to "typical Dutch".
The more typical Dutch traditions I explored, the more I learned we are a culture that's is mixed with, influenced, inspired and changed by other cultures. And instead of celebrating this, learning from this shared history and heritage, we dig our heels in the sand (I found a Dutch expression that is actually a correct English expression, the miracles haven't left the planet yet!). Happily I also discovered that more and more, especially young people, are exploring Dutch culture and are putting it into a new, fun, interesting and educational perspective. 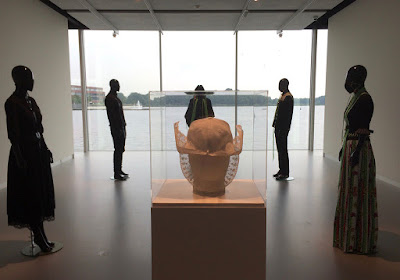 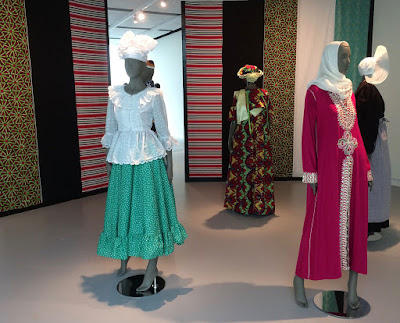 Let me start with the 'Dracht' ('Wear') collection by Kasper Jongejan. I got a tip about this exhibition at KAF in Almere and was happy I was just in time the visit it the last week. Such a pity I didn't know it earlier, because 'House of Arts' was great and had many nice artworks. And what a location! I would love to make a work there!
Jongejan's collection is a new invented traditional wear for Almere. Almere is the newest city in the Netherlands on the reclaimed land of the province Flevoland. The first residents arrived in the seventies, a time in which almost no one wore traditional wear in the Netherlands except maybe some newcomers.  Jongejan based his 'DRACHT' on the Dutch traditional wear from Marken and Huizen, two villages near Almere with a striking traditional wear, and on the three biggest ethnic groups of Almere, people from Suriname, Antilles and Morocco. I loved that these traditional wears were on display too. It was for me a wonderful reference to the whole 'being Dutch' discussion, because all these wears can be found nowadays in the Netherlands. And frankly, the ones from Marken and Huizen will be hard to find in everyday life. 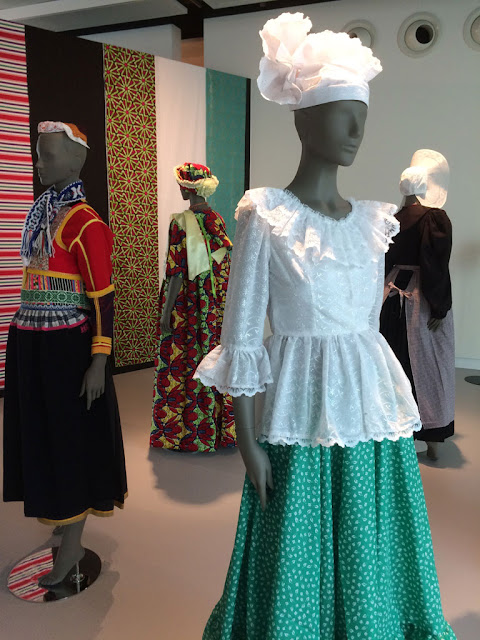 Display of five traditional wears found in the Almere region, in front from the Antilles 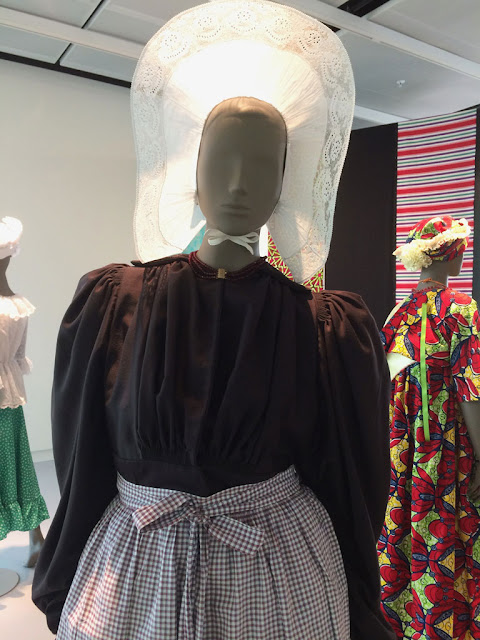 Traditional wear from Huizen from 1940, part of 'DRACHT' at KAF 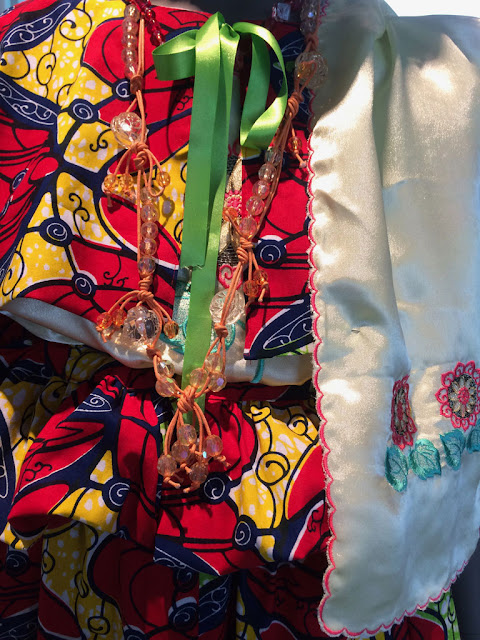 Traditional wear from Suriname, part of 'DRACHT' at KAF 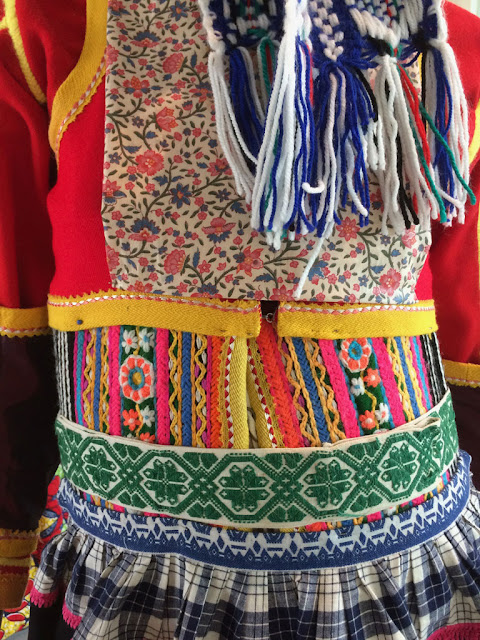 Traditional wear from Marken from 1950 part of 'DRACHT' at KAF

The five traditional wears were interpreted into a new collection of five outfits and a brilliant headpiece. And I will say it again, I will wear it in a heartbeat (do need it a size up or two), so if you read this Kasper, when and where can we order the collection? 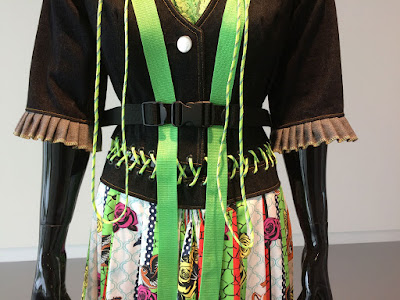 My favorite, dress for a grown woman,
part of the collection 'DRACHT' by Kasper Jongejan 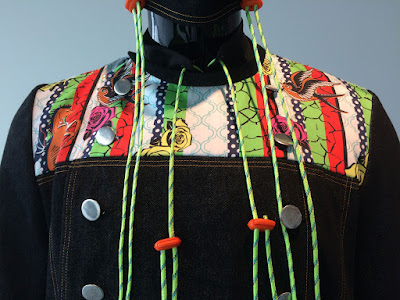 Dress for grown man,
part of the collection 'DRACHT' by Kasper Jongejan 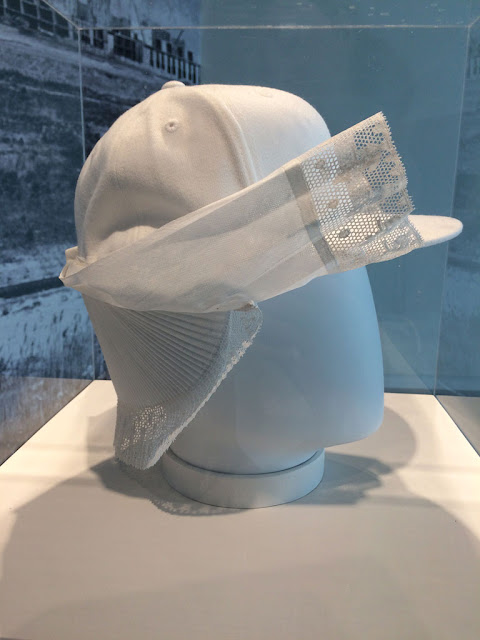 'Caphul'
A baseball cap combined with lace,
part of the collection 'DRACHT' by Kasper Jongejan 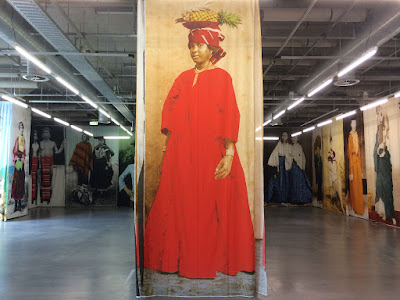 Next, ETNOMANIE at the Nederlands Fotomuseum in Rotterdam. This weekend is already the last weekend, so go check it out!!
ETNOMANIE plays with the idea of and how to deal with the big collection of ethno-historical photographs in Dutch museum collections. Most of these stereotypical images are gathered and made in the 19th and the beginning of 20th century in Asia, the Middle East, Noth Africa, North America, but also nearer to home. The Nederlands Fotomuseum invited Ellie Uyttenbroek, a so called style profiler, to make a show out of these pictures.

"I look at the people in these pictures the same way as I look at people in the street today. And I use what I see to produce small style profiles"

She selected 380 portraits on their style. The exhibition consist of huge, curtain-like, prints of coloured-in black and white photos with short style phrases like "DUKDUK, Onesie streetwear"& "Indigogo girls, the holy source of long-lasting levi's autentic rugged jeans" on the ground. In a small room are the actual black and white, almost miniature, photographs. Only a small part got the special coloured in treatment, but I do like the selection on style. Such a simple, yet great idea. I regret not buying the book, if you go this weekend, buy me a copy! 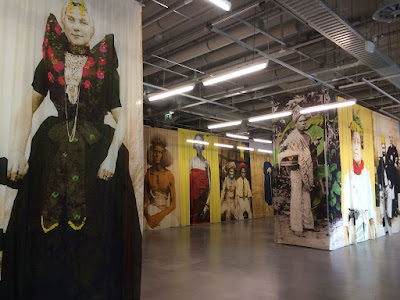 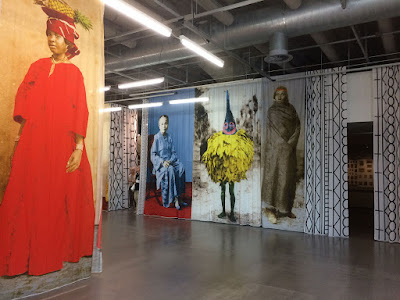 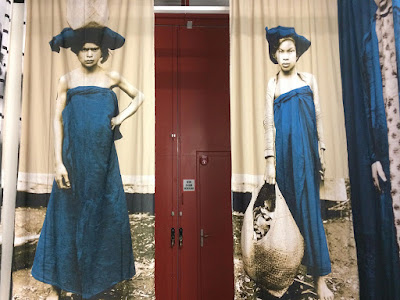 
Community Dressing is a documentary series of which the first episode got put online in April. This episode is about the regional costume of Noord Brabant, my roots and the roots of the maker, the flamboyant Theodurus Johannes. With nice information about the 'Poffer', a North Brabantian hat/headdress. I like Thijs his presenting style so much and can't wait for a new episode!