Put It In A Love Song 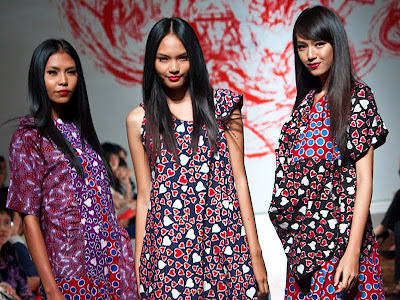 Sometimes I miss some new developments in Batik, because I read so much about the history. I noticed that African batik (and prints) is getting very popular. First in the Fashion industry, read about it in my post 'Big trend' from January 2011. The trend really exploded ever since Beyoncé went on Holiday wearing a Dries Van Noten, Ikat printed blouse on a Vlisco '8 bougies' short, I spotted African batik everywhere.

I kept a close eye on what Vlisco was doing (tip: sign in on their newsletter and get great inspiration on what to do with your Batik fabrics) and I started following some pages on Facebook. Great one is African Fashion , full of beautiful pictures of beautiful African women wearing beautiful creations of African Batik!

Not only African batik is doing well, Batik from Indonesia is also becoming more popular. Last year they ask designers to show their batik collections at the World Batik Summit at the Jakarta Convention Center. This was part of the special events organized around Batik Day.

The 'Love Is In The Air' collection by Eddy Betty really caught my eye. **“Batik is not all about formal wear and evening dresses,” fashion designer Eddy Betty said. “The textile can also be made into something fun and exciting.”.
Eddy Betty created this ready to wear collection, with Batik skinny jeans and other easy to combine items of clothing. His collection on the catwalk is so much fun to see. ** Its a bright, unconventional, combination of traditional batik motifs of lereng and parang collided with fun, playful patterns of yellow rubber ducks, Russian matryoshka dolls and bouncing balls.

“The batik was all done by women living in villages on the slopes of Mount Merapi,” the 41-year-old designer said. After last year’s deadly eruption (october 2010) that destroyed most of their crops and livestock, many of the villages around the volcano in Central and Yogyakarta had no means of income.
Some of the wives and daughters in the villages have taken on batik-making to earn a living for their families, while a nongovernmental organization has been teaching women to draw on batik.
“I just gave them my sketches and asked them to replicate them on the fabric,” Eddy said. “They’re not perfect. Yet, it’s exactly what makes batik so enchanting.”

This makes the collection even more beautiful. My dear friend and inspiring Batik expert William Kwan told me about these project. Since 2000 he started up different projects, IPI, on Java to restore, rebuild and research the Batik culture. In October 2009 I had the honor of meeting William Kwan and I visit one of is projects in Jeruk (see blogpost 'Jeruk'). It was the most beautiful and inspiring place I visited during my Journey to Batik!
The Merapi batik projects have been conducted in Sleman (Eddy Betty cs), Boyolali (guided by a university in Solo) and Magelang (trained firstly by IPI and continued by the people of Sirahan village, one of the most damaged village caused by the flood of lava).

In September Eddy Betty released a new collection. This time inspired on the Ikat culture of Indonesia. His collection was shown in the Harper's Bazaar Indonesia with a great photo-shoot. Hope to shop me some edbe clothing one day! Enjoy the pictures! 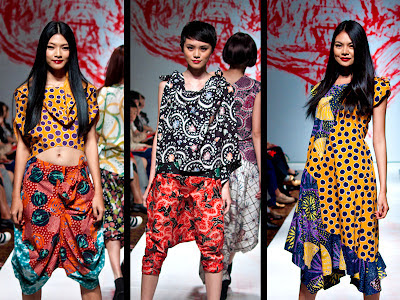 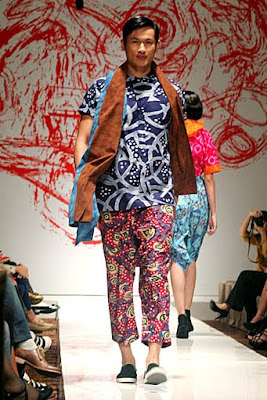 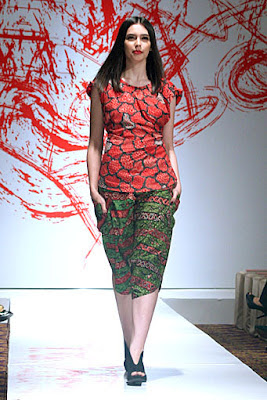 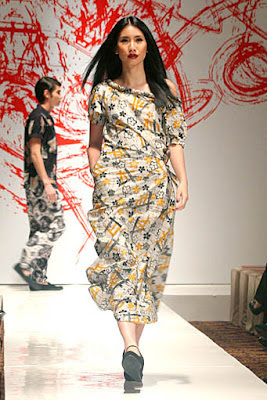 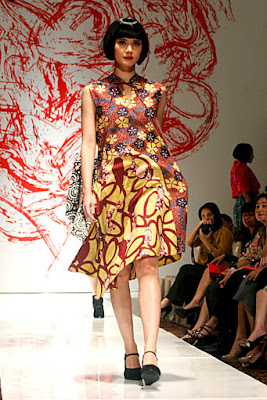 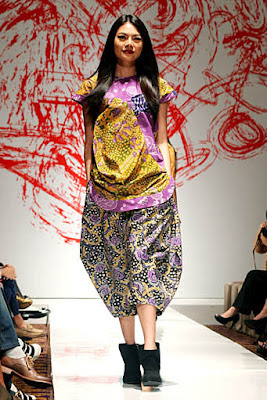 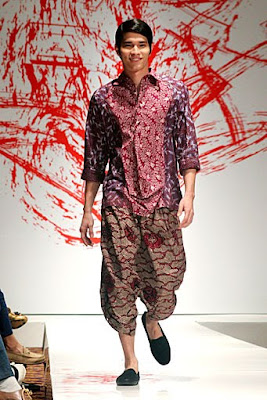 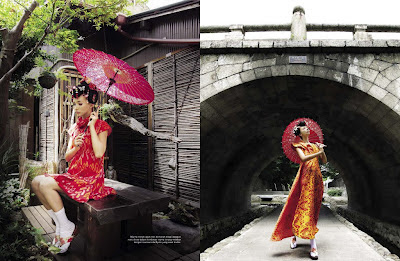 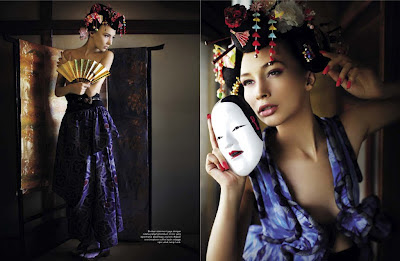 More about Eddy Betty on www.eddybettycouture.com

* titel blogpost 'Put It In A Love Song' from single Alicia Keys Ft. Beyoncé. In the video clip, which unfortunately never has been released, they wear all kind of beautiful African batik outfits.
** from Jakarta Globe article 'Designers Make the Nation’s Batik Chic'
*** photos from Eddy Betty's 'Love Is In The Air' runwayshow from VIVAnews/Febry Abdinnah and Mohammad Abduh/Wolipop