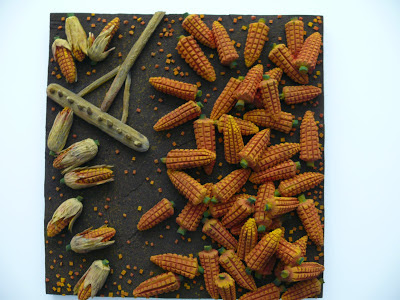 Arte Povera (literally poor art) is a modern art movement. The term was introduced in Italy during the period of upheaval at the end of the 1960s, when artists were taking a radical stance. Artists began attacking the values of established institutions of government, industry, and culture, and even questioning whether art as the private expression of the individual still had an ethical reason to exist.*

The first Arte Povera exhibition was held at the Galleria La Bertesca, Genoa, in 1967. Subsequent shows included those at the Galleria De’Foscherari in Bologna and the Arsenale in Amalfi (both 1968), the latter containing examples of performance art by such figures as Michelangelo Pistoletto. In general the work is characterized by startling juxtapositions of apparently unconnected objects: for example, in Venus of the Rags, Pistoletto created a vivid contrast between the cast of an antique sculpture (used as if it were a ready-made) and a brightly coloured pile of rags. Such combination of Classical and contemporary imagery had been characteristic of Giorgio de Chirico’s work from c. 1912 onwards...The Arte Povera artists did not restrict themselves to allusions to Western civilization; from 1968, for example, Mario Merz made igloos (e.g. Double Igloo), referring to nomadic societies, which he admired particularly for being flexible and well adapted to their environments. He himself emulated these qualities in the ease with which he built the igloos from a wide range of both technological and ‘natural’ materials, including metal, glass, neon, slate, wax, earth and wood. This eclecticism in fact emphasized the essential difference between homogeneous traditional cultures and pluralistic modern ones.**

At the Van Abbemuseum in Eindhoven an exhibition is dedicated to Piero Gilardi (Turin, 1942) 'Collaborative Effects' (till 6 January 2013), one of the founders of Arte Povera. It's a special exhibition, because they show works the artist dissociated himself from.

Piero Gilardi made his so called 'Tappeti Natura' ('Nature Carpets') between 1963 en 1969. These are sculptures made of polyurethan faithfully reproducing elements of the natural world. The 'Nature Carpets' take the form of artificial patches of landscape. These very early pieces were designed to be used and shared.
Shown at leading international avant-garde galleries, their speedy and succesful commodification prompted Gilardi to abondon them (and indeed all other object making). Interestingly this was just as the Arte Povera movement that he was instrumental in assembling and conceptualsing was on the rise.
Although Gilardi shared with many of the Arte Povera artist a concern with combinding nature and culture, the Poplike artificiality and fabricated object still stand in marked contrast to the simple materiality of the work most associated with the movement.*** 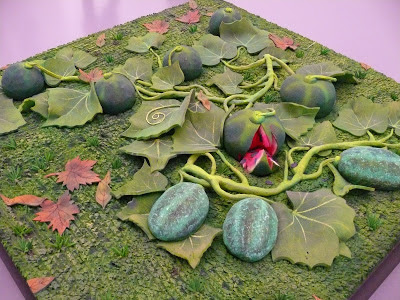 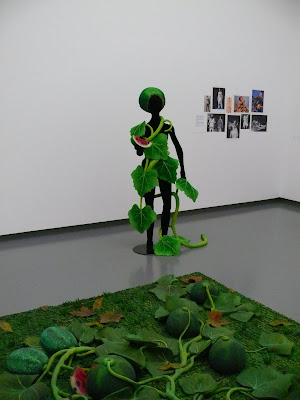 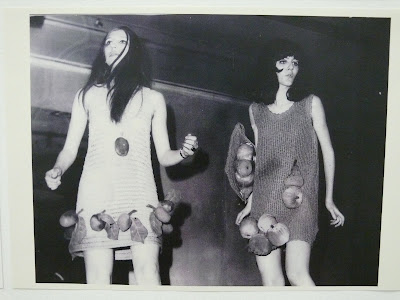 Starting in 1964 Piero Gilardi experimented with clothes of polyurethane, with the aim to create certain situations. His 'Vestiti' ('dresses') can be divided in two categories:'Vestiti Stati D'animo' ('Mood Suits')and 'Vestiti Natura' ('Nature Dresses'). The first type represents feelings and emotions, while the dresses belonging to the second category with their themes of fruit, vegetables and organic components resemble the 'Tappeti Natura'.
Each dress was presented by means of a performance. The dresses were worn by performers who staged a dance often in interaction with the carpets.**** 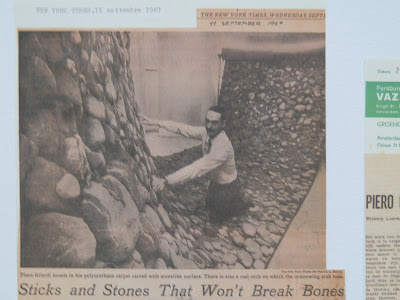 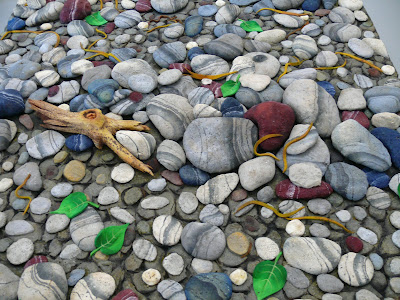 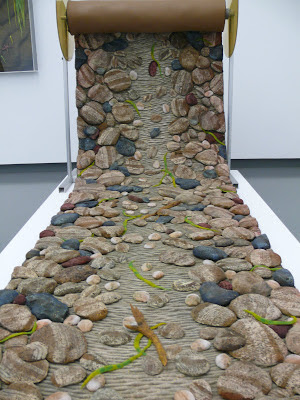 What made Piero Gilardi's 'Tappeti Natura' such salable art? Was it because it was permanent and hangable? Because it was fun? Or because the maker was such a impressive character?
What ever the reason was, it was reason enough for Piero to start making something else.
Most artists, and mostly society, thinks that making money with art is what you must achieve to become a real artist.
Most artists that start making money, feel like being cursed. You're trapped in making the same product. You're not creating, you're producing. Of course this doesn't have to be a problem, but must it be our goal?
But don't you want to live from making art, you might wonder? Don't you want to earn some butter on your bread?
Yes and No. It's great if you sell an artwork. And it's a big compliment. But I also have to say no. I do not want to live from making art, I want to live making art. I want to earn the right to do so and to be able to keep doing so.

What many of you might not know, is that Vincent van Gogh was almost famous during his life. His work was shown in Paris (the book with the exact info is in my studio, so I will add that later). He got praising reviews and letters from fellow artist expressing how inspiring his work was. Vincent didn't feel the relief or joy he thought he would. Instead he didn't like this sudden success at all. He felt his work wasn't good enough and thought they were fools for believing in his art, so he left the Paris art scene behind.
Nowadays we just learn that Vincent never sold a painting in his life, poor artist...

Could selling your art really be the goal? 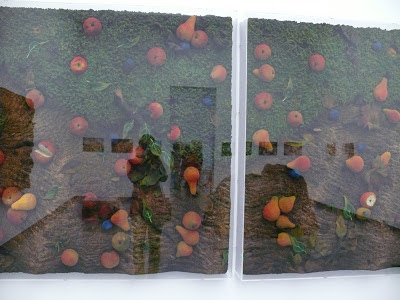 Shouldn't it be making art? * From Wikipedia

**** From Informationbords at the exhibition 'Collaborative Effects'