Waiting to get my picture taken at imigrasi, I thought it would be a good idea to start writing my second post about the Jakarta FashionWeek 2017.
On Monday 24 October I started my fashion-week-day with checking out the FashionLink upstairs in the mall. A floor filled with small booths where designers sell their fashion. Nice to have a closer look at some of the fashion. 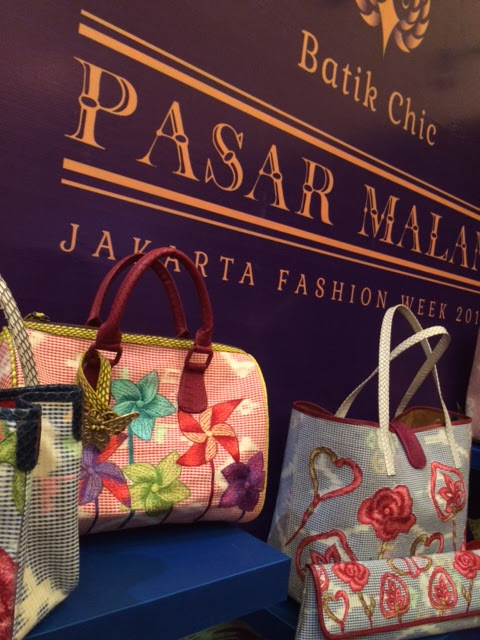 First show that I attended was to my surprise inspired by Borneo. The collection by Albert Yanuar presented by body wash GIV was very stylish. Beautiful Kalimantan patterns on white and black based dresses. Of course all were printed textiles, but the finishing of the pieces was with a good eye for detail. 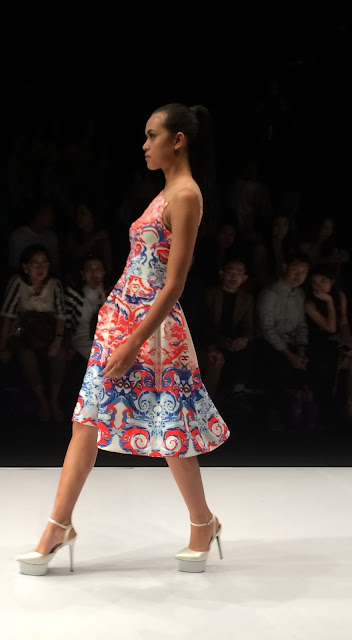 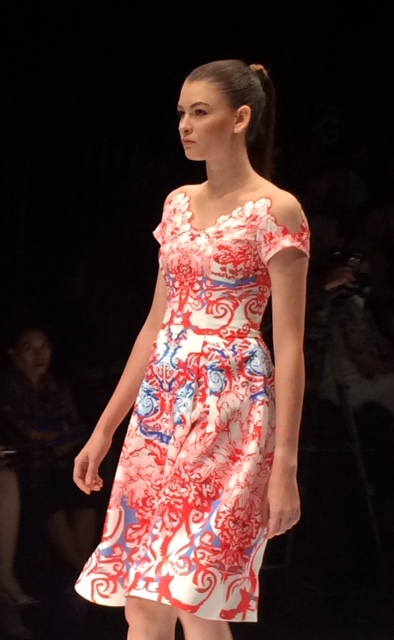 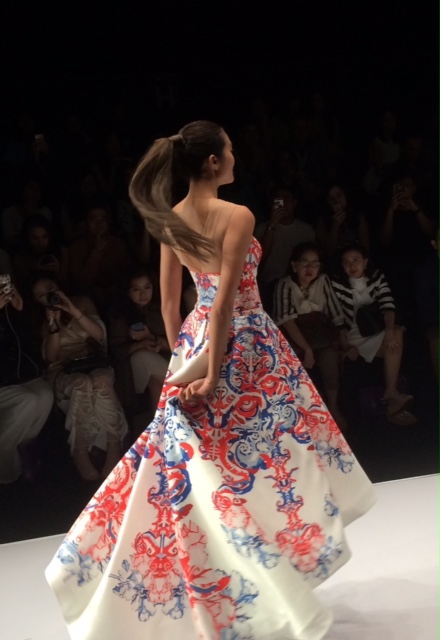 The next show I really liked on my third JFW day was a collaboration of Lekat and British fashion designer Billie Jacobina. Lekat is a brand that makes a connection with Indonesian culture through a wide range of textiles and motifs. The texture of the textiles used in this specific show were really good. Rough and thick and at the same time soft and playful. Also the choose of models was different. It were not only skinny giants on the catwalk which makes it easier to imagine wearing the clothes yourself. 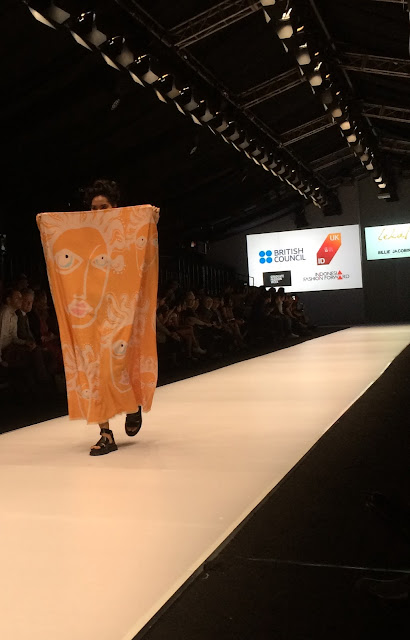 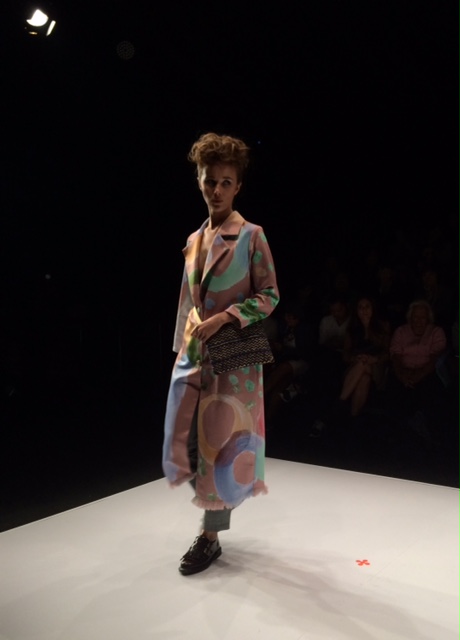 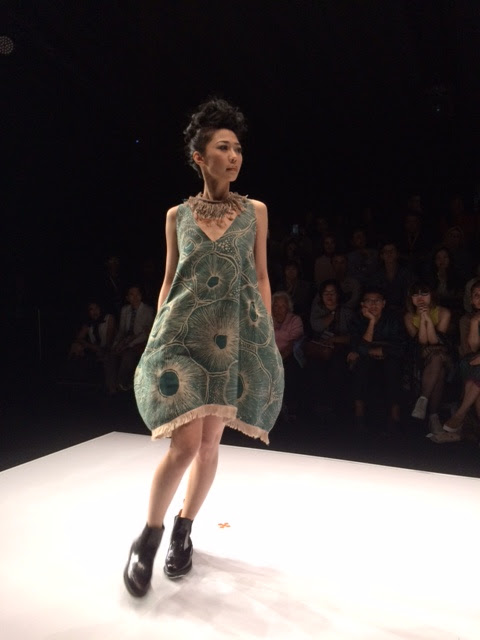 The last nice show of the day was of Purana. Flowy elegant dresses. The designs were simpel, yet the colours very brave. The traditional hats with braids made from ribbons were a nice touch. 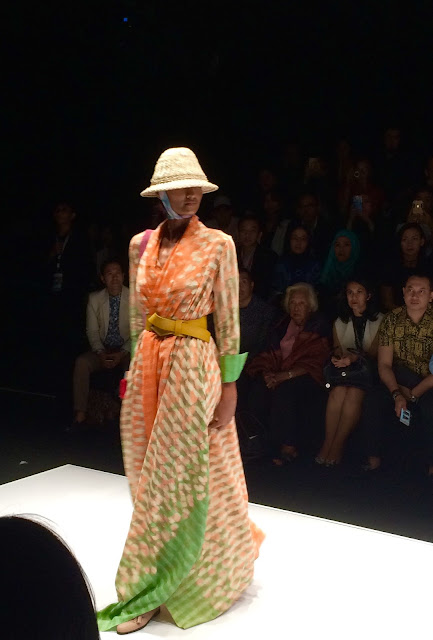 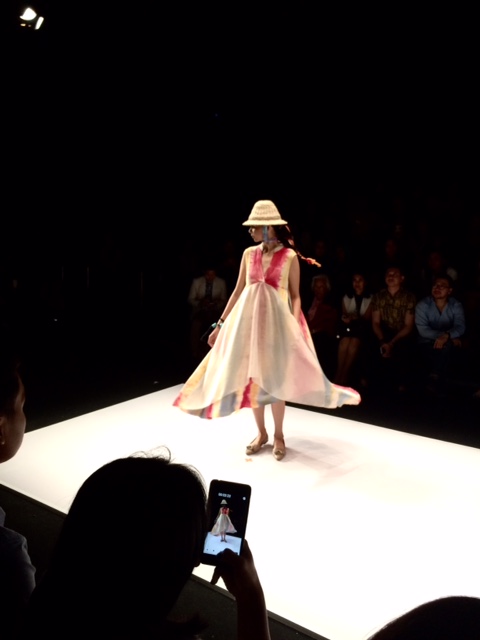 The next day, Tuesday 25 October, started with a very over the top show called "The Golden Queen". Well actually all shows presented by Abineri Ang were very over the top. Anyway, I could appreciate the extravaganza, but some dresses were just impossible to move in for the models. Everyone was holding their breath when they needed to make the turn at the end of the catwalk. 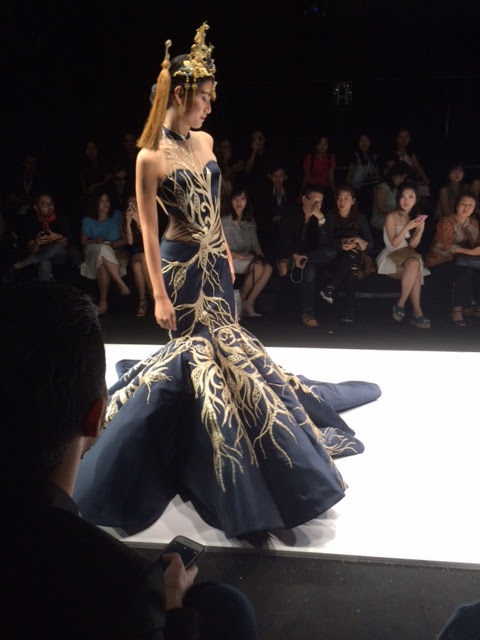 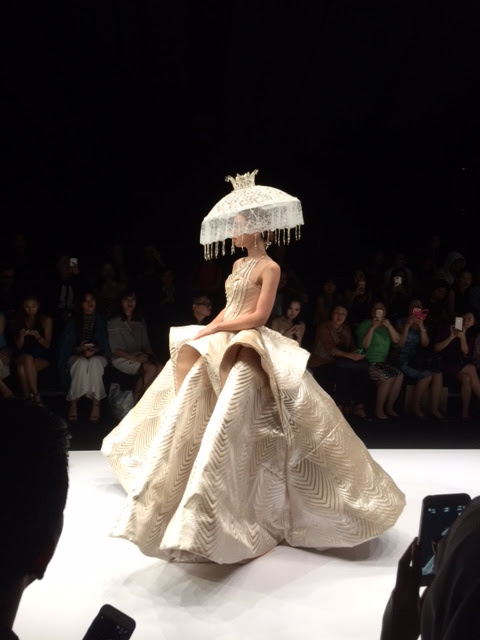 In between shows I headed out to visit the showroom of Populo Batik. The brand is best known for their Star Wars Batik Cap collection (see my previous post
'New stuff, cheap stuff, mass production stuff & thrown away stuff'). The showroom is around the corner so I could actually walk there, unique for Jakarta!
The clothing by Populo Batik is very modern and stylish. I think in Jakarta and any other big city people will really like it. The motifs in white contrast nice with the simple grey, yellow, petrol and black bases of the textiles.
Unfortunately the prices were a bit above what I can afford, but I'm happy I could see the designs myself. The Yoda blouse for Koen will have to stay a little longer on my wish-list. 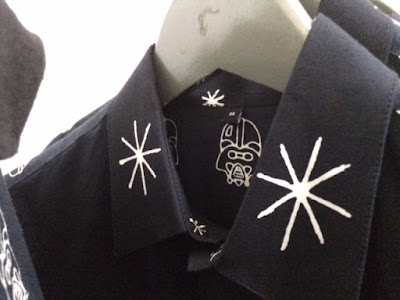 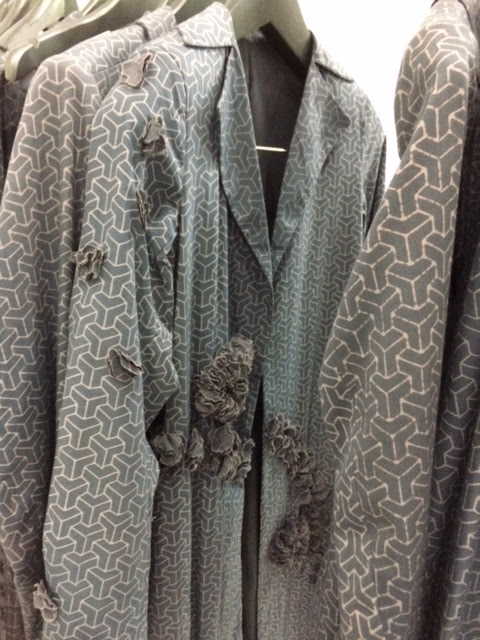 Up next on my journey to Batik... Anne Avantie!! So see you soon on my blog!