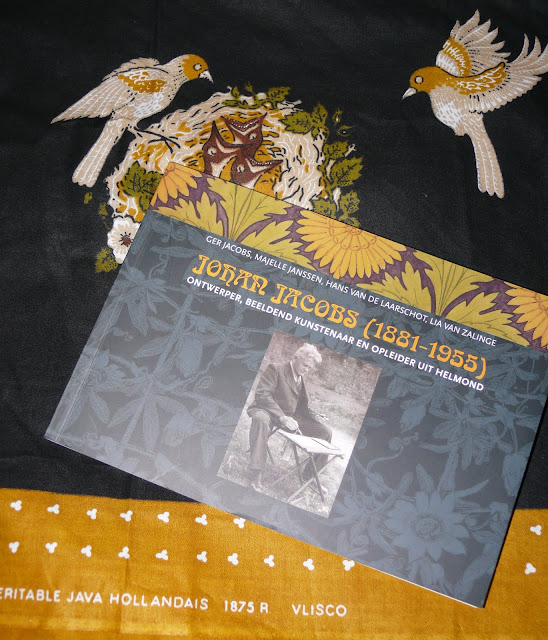 Sunday I'm going to visit the Vlisco exhibition "Six Yards" at MMKA in Arnhem. I'm so looking forward to it and I planned to write some posts leading up to it. It's difficult, because the more I read, the more I find out I need to know more. And most importantly the more Batiks I would love to see. But I don't have a good excuse for seeing the Batiks. When I made an appointment to see the Batiks made by Maria Paulina Carp, I was preparing a lecture about 'My journey to Batik' and I knew that Maria Paulina Carp's granddaughter would be there.
My only excuse now is that I just really would love to see all Batiks in the depots made on Java and the ones made in the Netherlands during 1870 till 1920. I know there is already a lot written about Batik Belanda and I'm hoping to buy my own copy of 'Batik Belanda 1840-1940. Dutch Influence in Batik from Java. History and Stories' soon, so I can't really tell why I'm looking into this subject so much.
Maybe it's the philosophy behind the patterns (due to the Dutch influence I can read this type of Batik better and in the process I learn more about the original, authentic patterns used in Batik), maybe it is to find out why I'm fascinated by Batik and finding my Dutch roots, maybe because a 100 years ago Batik was of so much importance to the Dutch, for Dutch women living in the Dutch East Indies and for the Dutch art scene ("De Nieuwe Kunst", de Dutch Art Nouveau art scene based on William Morris Arts and Crafts movement), maybe because it inspires me to make new works.
So Vlisco, TextielMuseum, TropenMuseum & Wereldmuseum, if you read this, I don't know why yet, but I'd would love to see some of your Batiks someday! 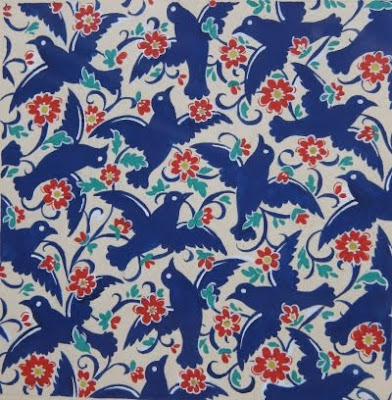 Design for duvet by Johan Jacobs

For now, a short history of Vlisco and one of their designers: Johan Jacobs (1881-1955). We start in 1843. In that year Peter Sutorius, cotton printer, starts working together with Pieter Fentener van Vlissingen, a merchant from Amsterdam. In the early years of Vlisco, then called Vlissingen & Co, they mostly made handkerchiefs, blankets, furniture fabrics and chintzes. Around 1846 the designs where copied from designs from abroad, mostly from Paris, then made in Helmond and sold in the Dutch East Indies. 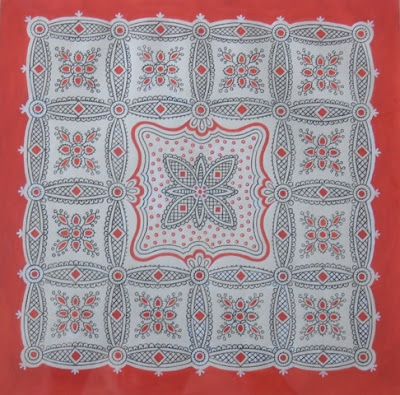 Design for handkerchief by Johan Jacobs


"The patterns on the Vlisco handkerchiefs (Vlisco is the only company in the Netherlands that still makes old-fashioned farmer's handkerchiefs) are always designed with the same base:
a symmetric, not to busy, border around a center filled with sprinkle motives ('stooimotiefjes'), sometimes with a medallion in the middle. The patterns in the borders are mostly branches and garland, but also dots, flowers and geometric forms are used. Most of these motifs are from fabrics imported in the 17th century to Europe from the Far East like China (also ceramics), India (Chintz) and Persia (tapestry). Examples of these used patterns are stylized lotus flowers, palmette (based on a palm leaf) and the paisley-motif (curved drops: 'Bodeh', based on a date-palm. Looks also like the Garuda-wing used in Batik)."
- From 'Van boerenzakdoek tot Afrikaanse mode' door Ingelies Vermeulen

Somewhere between 1846 - 1852 Vlisco started to export imitation batiks to the Dutch East indies. There was a great need for cheaper batik sarongs, slendangs and headscarves. An uncle of Pieter who worked there informed them of this need and helped with starting up the business. I think the Dutch frugality played a important role in this part of history. The motifs from the original Batiks where imitated including the typical craquelé.

In 1894 Pieter founded Vlisco's own drawing room, ending the copying of designs from abroad. He hired Dutch designer Michel Duco Crop (1863 - 1901) to make twenty designs for the factory. In 1896 Johan Jacobs became Michel Duco Crop's assistant and student.
Michiel Duco Crop (1863-1901) was one of the first Dutch industrial designers. He was greatly influenced by the English Arts and Crafts movement by William Morris (1834 –1896) and Walter Crane (1845-1915). Arts and Crafts was an international design movement that flourished between 1860 and 1910, especially in the second half of that period, continuing its influence until the 1930's. It was largely a reaction against the impoverished state of the decorative arts at the time and the conditions in which they were produced. It stood for traditional craftsmanship using simple forms and often applied medieval, romantic or folk styles of decoration. It advocated economic and social reform and has been said to be essentially anti-industrial.
From 1900 till 1951 Johan Jacobs is chief of the Vlisco drawing room. 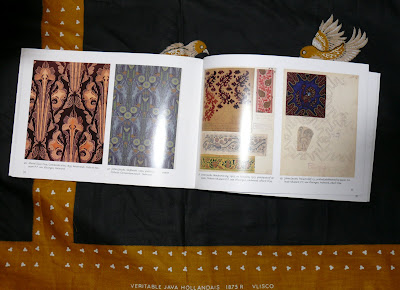 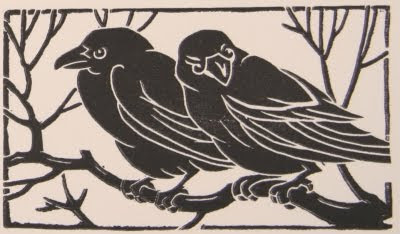 When I visited Helmond with my mother (see blogpost 'Vlisco in Helmond') she bought me this wonderfull book about Johan Jacobs. I really would have loved to see the exhibition last year 'Johan - Made by Vlisco', but this book is a small consolation. This week I will try to post some more about Johan Jacob's carrier at Vlisco and his designs of Ex Libris.

More about Johan Jacobs (in Dutch) on www.johanjacobs.nl

More about Vlisco on www.vlisco.com