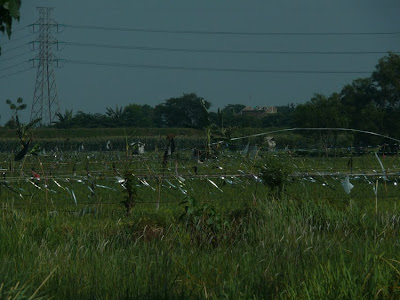 Yesterday I went to Lasem with Tommas. In Lasem they make high quality Batik. In the Batik Lasem style a recognizable influence by China can be found. The story goes that the Chinese people that arrived in Indonesia brought the technique of making Batik with them. The first sailors settled in Lasem and started making their own Batiks know now as Batik Lasem.
Batik Lasem is known for it's Bordeaux red color. The making of the color is a well kept secret, only in Lasem they can create this bloodred, appropriately called Chickenbloodred. 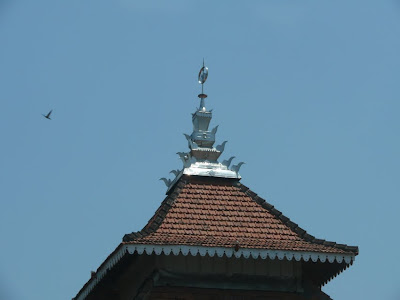 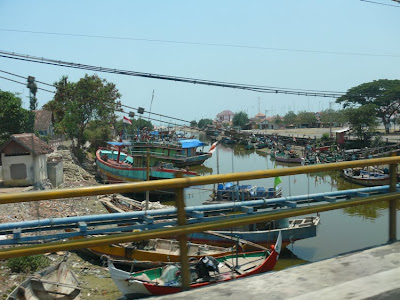 I travelled luxurious to Lasem. By car with a chauffeur (great tip of Tubagus)! We also went to a small village, Jeruk, near Lasem and by car was the best way to reach it. It was the same price as traveling by bus... 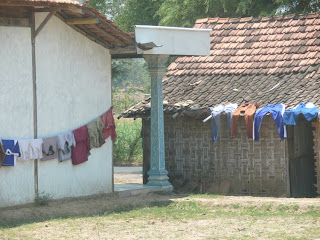 The route to Lasem is very impressive. The route is nearby the coast, I saw the sea a couple of times, and this makes the climate and appearance very different from Central Java. 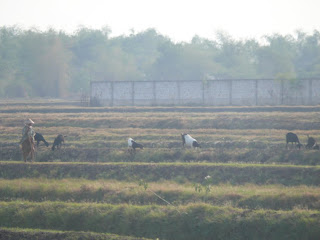 What I like best about Indonesia till now are all the colored houses, walls, pillars and flowerpots. It reminds me of the Elzas, but instead of vineyards, rice fields and of course warmer.
To note the streetname or kampoeng they place this pillar, not a small blue sign on a pole, but this pillar with ornaments in yellow/pink/bright green, aqua blue/ light blue/purple you name it! Not separate from one another but all on one wall/pillar or house. 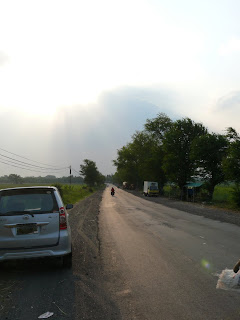 On our way we saw som many beautiful things. Our chauffeur Bambang didn't mind stopping for us on impossible places. He also brought us to his favorite views and knew a lot about Batik. During our visit in Jeruk he stayed at the car, fortunately he joined us when we went to the Batikworkshops in Lasem. That's the spirit! 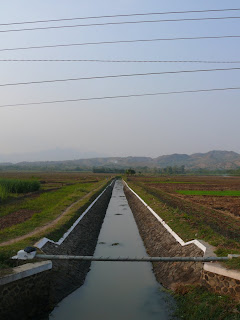 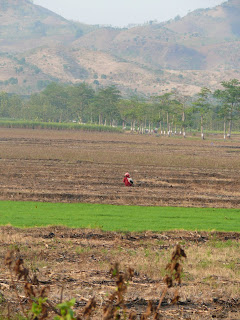 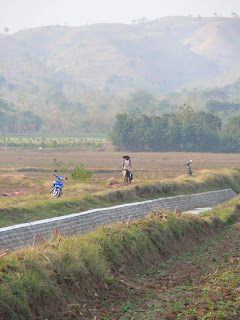